We’ll admit it, there has been a lack of content here on AirlineReporter recently. Blame the summer lul, laziness, craziness, or whatever you want, but it’s true. While I don’t have any actual content for you, I figured I could at least publish some cool airplane pictures. So…here they are! Enjoy. 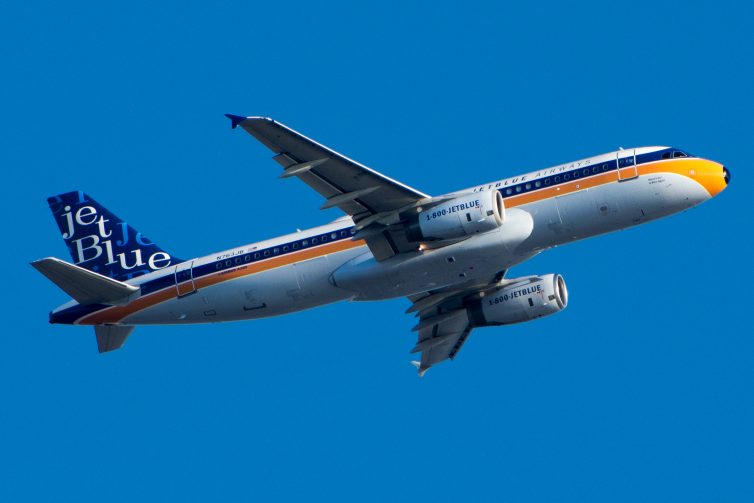 Take a look for more… 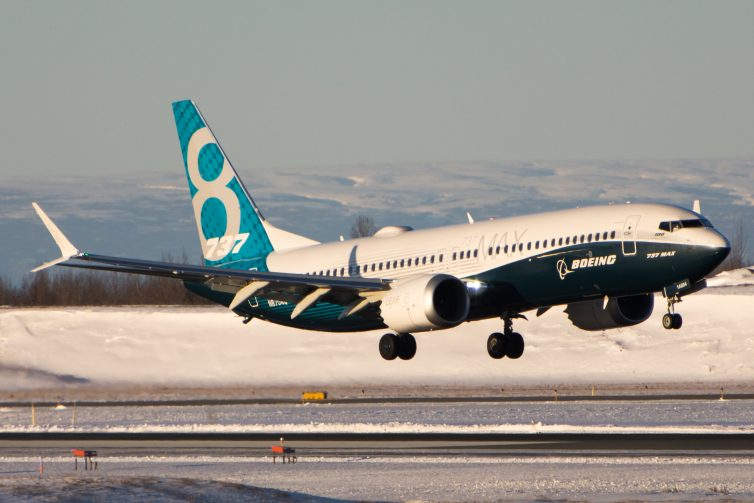 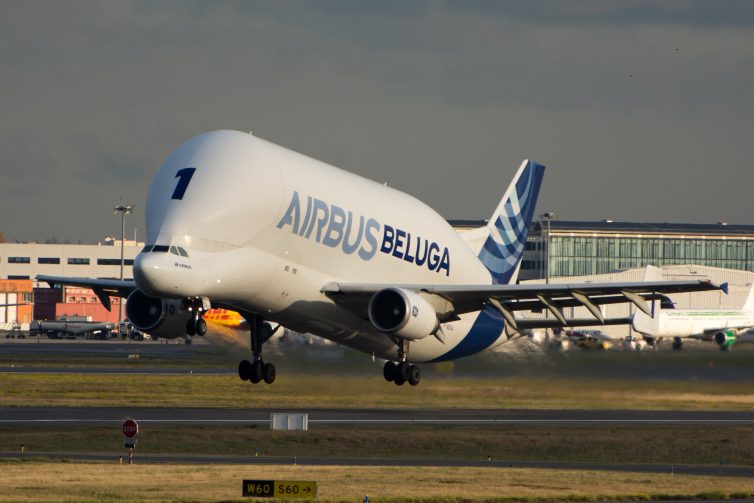 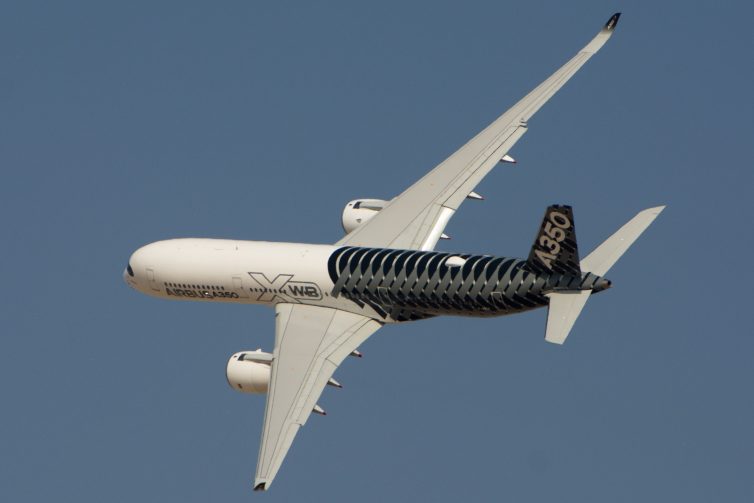 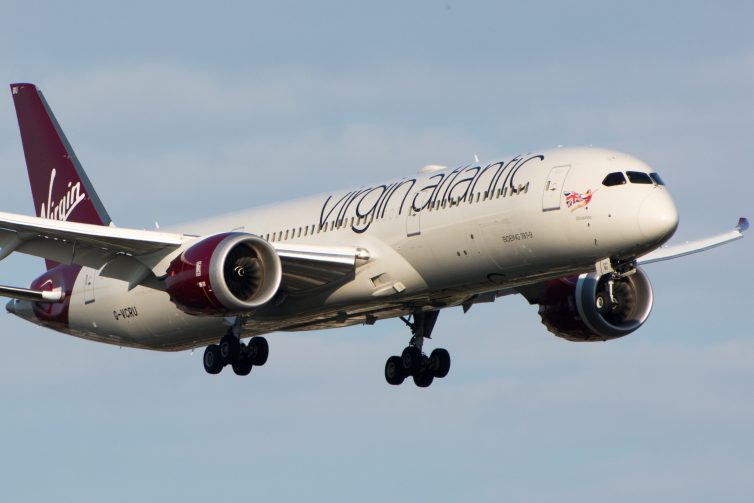 A Virgin Atlantic 787-9 on approach to JFK 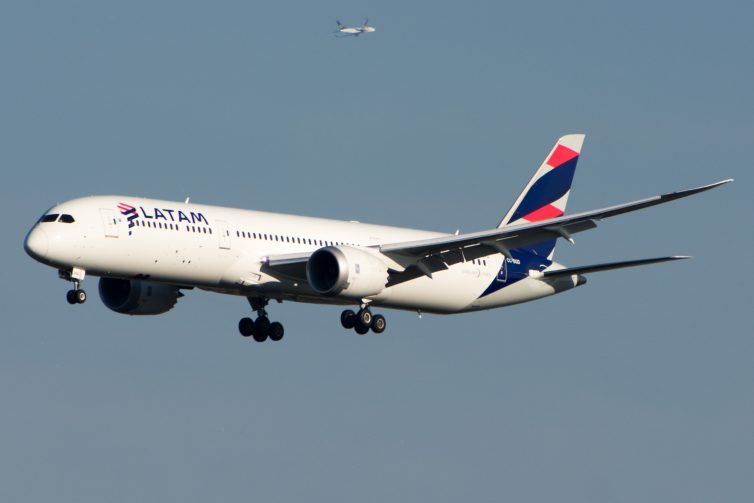 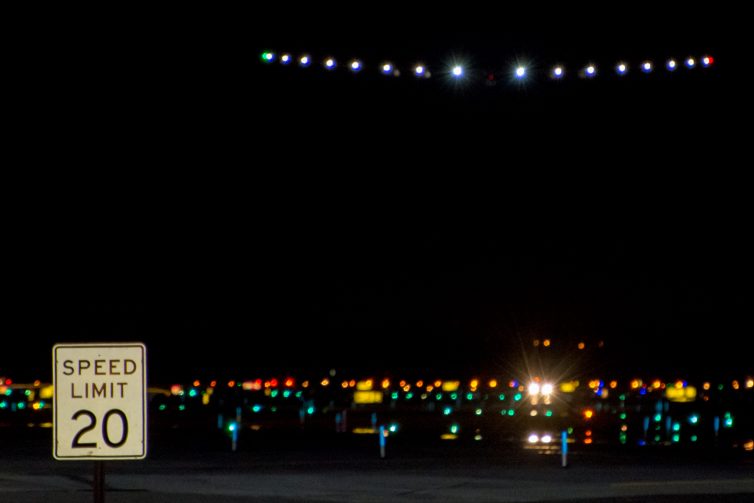 Solar Impulse 2 approaches JFK with its dramatic landing lights on 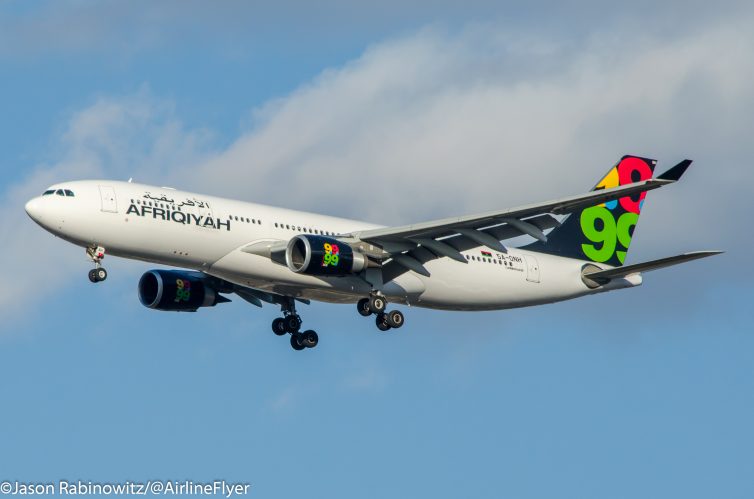 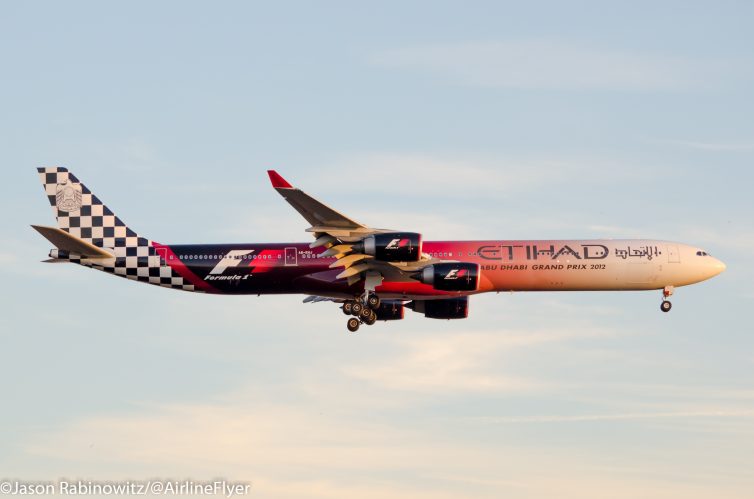 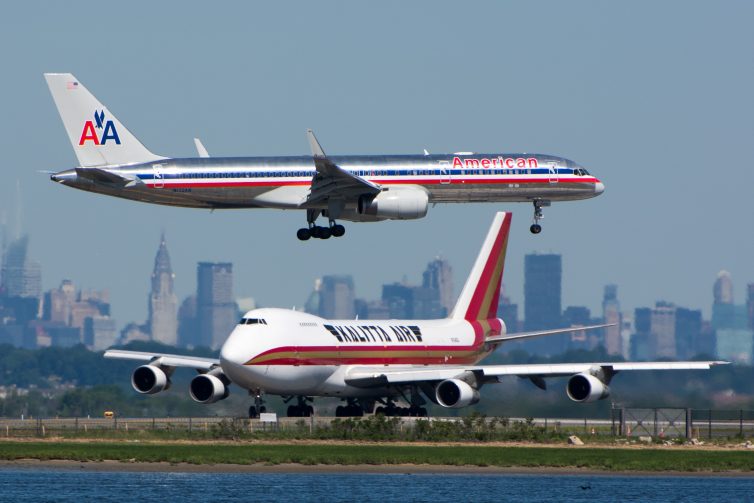 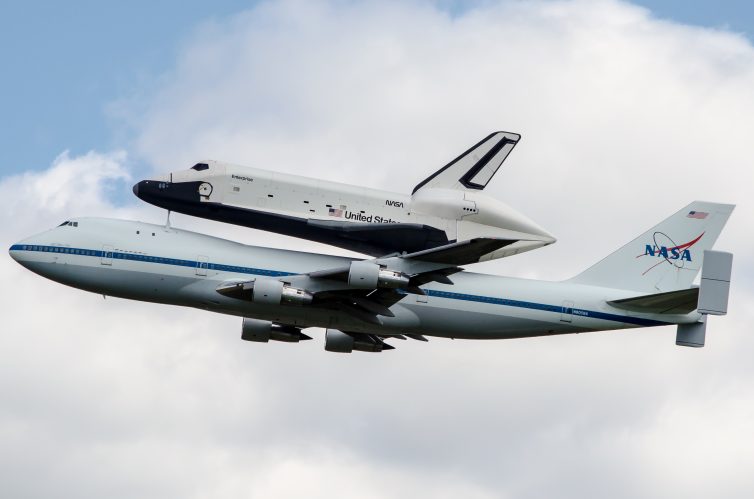 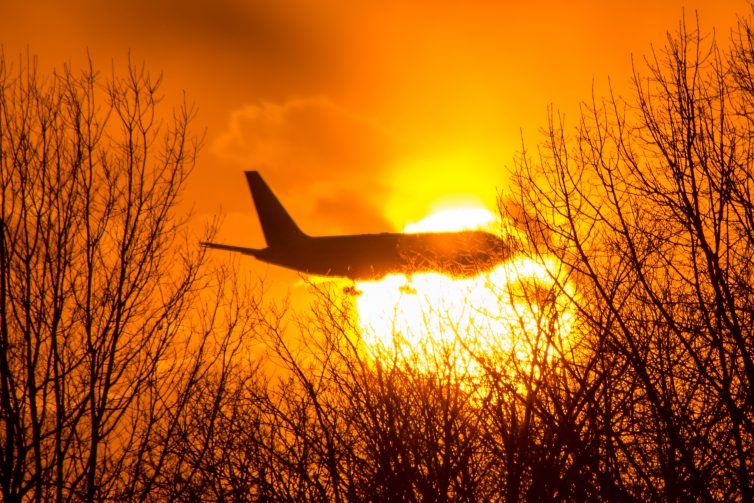 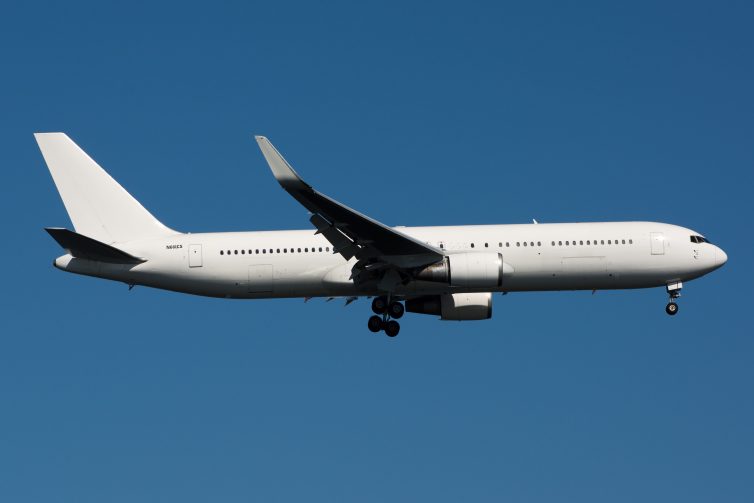 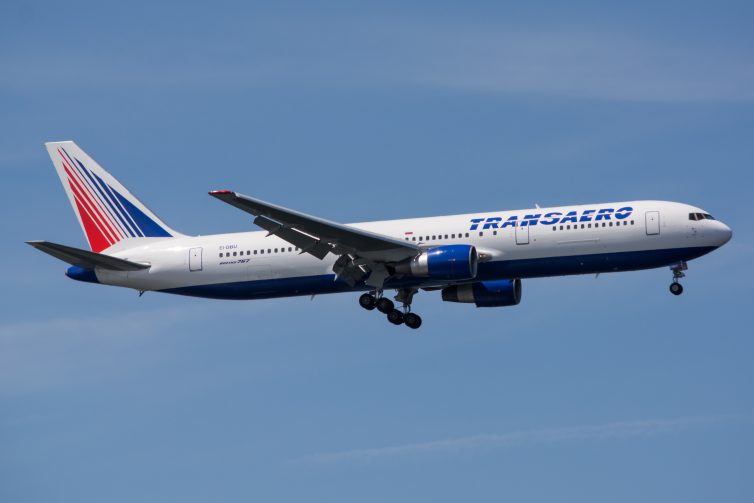 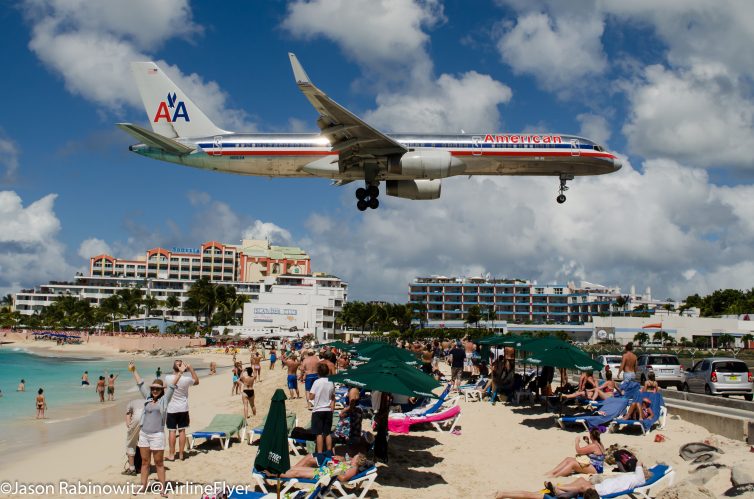 An American Airlines 757 soars over the famous Maho Beach at St. Maarten 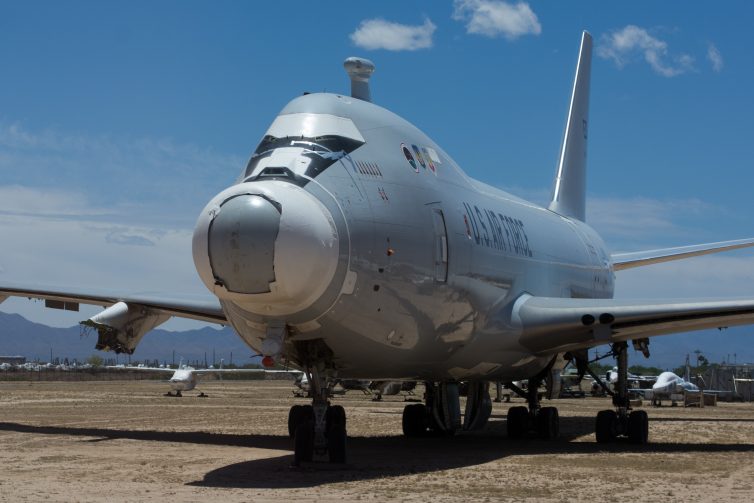 Boeing YAL-1, the Airborne Laser Testbed weapons system, sits in storage at the “Boneyard” by the 309th Aerospace Maintenance and Regeneration Group. 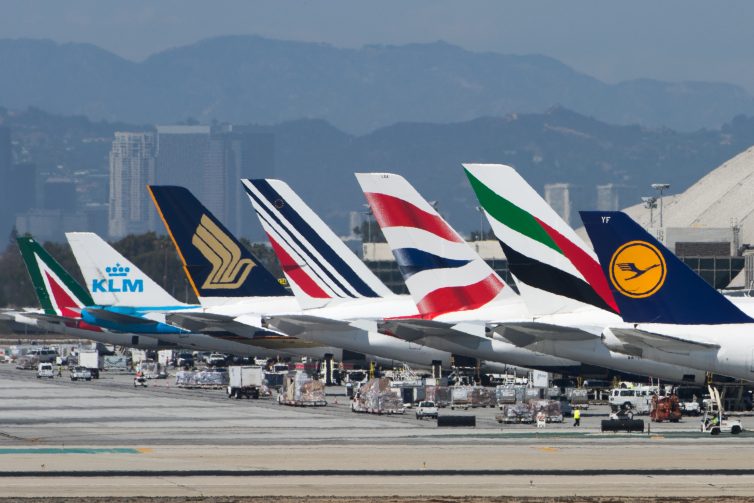 A gaggle of widebody aircraft await their departures at LAX 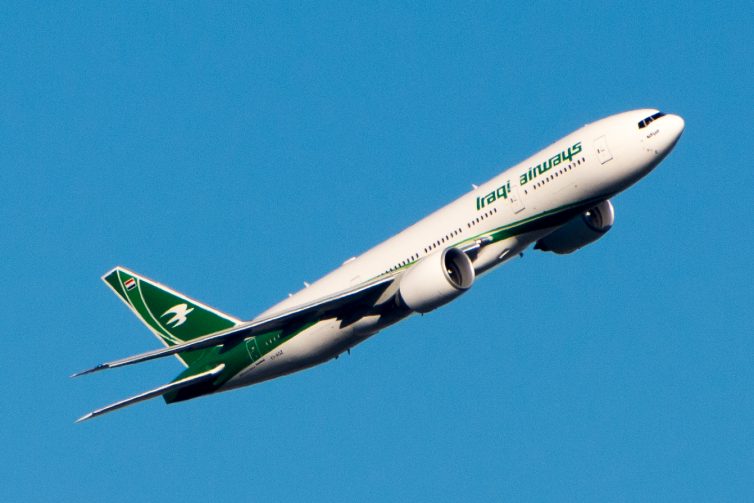 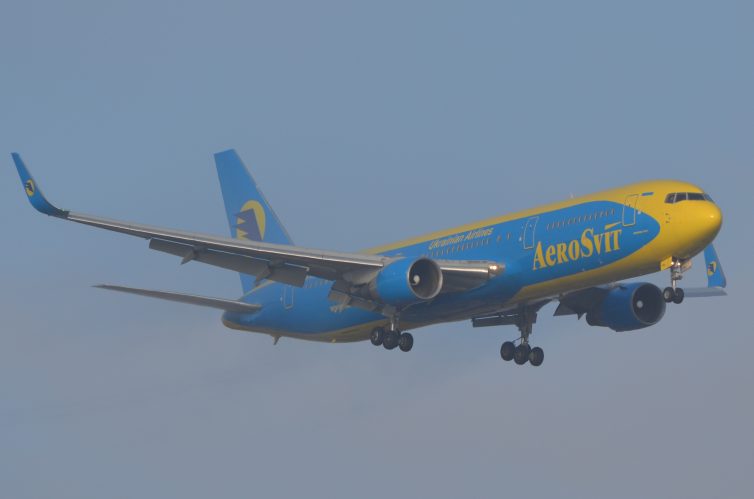 An Aerosvit Airlines 767 cuts through the fog at JFK

THANK YOU for my Friday fix.

As you note, Jason, content in recent months has been slim and founder David does not seem to be contributing much. Many reporters and correspondents have run off, and there is not a lot of AR left,
There is great potential here, but perhaps he should be persuaded to sell or make a quiet exit. He’s built a trophy site, but one that seems to be crumbling by the numbers. Other work? Someone or a small group, should make him an offer, allow him to walk away clean and then rebuild from a reasonable foundation. As is, AR does not to be long for this world and some professional intervention is necessary, First and foremost, he cannot write and has demonstrated zero interest in learning this essential skill. David’s heart and soul are in AR, but… The blog world has changed since ’08 and some far better quality has to be demonstrated, quickly. Without it, readers will go elsewhere, quickly.
Please forgive me for being so harsh, but those are the facts and details, as I see them.
-Cook

I wanted to address a couple of the very good points made, as an occasional contributor here and as Senior Editor for NYCAviation.com.

Running these sites is no simple task. It is a full time job just to administrate the site and plan content. That work often has to be divided up amongst several people. Writers have to be recruited. Content has to be sourced. Simply gaining access to an upcoming event you want to cover can take days of emailing back and forth. Writers, photographers, editors, and pretty much everyone else who works on the site has to agree to work essentially for free. None of these AvGeek websites are real moneymakers, most of the revenue received (primarily from ads) goes into costs like hosting, email, stickers, and other things you can’t get for free.

As for my diminished contributions, there are many reasons. First and foremost, as my roles at NYCAviation expanded it has left less time for me to contribute to AR. My role at my “day job” changed, leaving the amount and regularity of time available significantly changed. And a growing family at home has significantly limited the amount of time I have available overall.

Speaking for all who write, edit, and administrate for these sites, we do this because we love it. There is literally nothing else in it for any of us but to share our passion with other like minded individuals. As an editor responsible for sourcing content, while the pressure to produce significant amounts of content can be great at times, I would much rather focus on quality of the content that is presented.

Readers are important, in fact they are the lifeblood of any of these sites. However, if you feel there should be more content shared, perhaps you can look into ways to contribute. Because I can assure you that there is little or no market to sell a site like this.

Over the last couple of years I’ve really started to get into aviation. And it says passion that drives the site. I was glad that’s DPB has been welcoming the guest contributor articles and I was excited that he shared my story and I could contribute to the site. But it’s hard to get these articles written, edited, and published and I can tell how much work goes in behind the scenes. Hopefully my next contribution will be up soon because I live and breath this stuff, and just like everyone else here, I really want to share this passion with a larger audience.

I echo your point about the time and effort it takes to write and edit an article. David has been very willing and encourages guests such as myself to contribute. Perhaps this site should encourage regular readers to think more often about writing and publishing their own articles. I enjoy reading the regulars, but also like to see the perspectives of guests.

I have found that a few articles, notably https://www.airlinereporter.com/2016/01/777-9-vs-10-abreast-in-economy/ have provided an incredible forum for a long-running conversation (61 comments at last count) about seating, health, comfort, and disability issues. I would like to see AR contributors widen their focus beyond onboard meal service and inflight entertainment systems. When that does happen, AR outshines a lot of other airline blogs. David is very open to receiving greater variation in reporting and likes to showcase differing opinions.

Time to think outside of the (cvr)

I’d also like to note that Airline Reporter has triggered mainstream newspapers to write articles on airline passenger disability issues http://www.modbee.com/news/article73666772.html and has enabled me to connect with other advocacy groups https://www.airlinereporter.com/2017/06/all-wheels-up-trying-to-change-the-way-passengers-in-wheelchairs-fly/

I would be disappointed if you weren’t around to provide me critical commentary Cook! I have been working 20-40hrs per week on this site, while having a full time job for many many years. It was owning me. It was my life outside of work. Not the life I want to lead. There are way too many great things out there to experience than build an airline empire.

I did this blog to share my passion and interest in airlines with others. I was also trying to create a business. To be blunt, I am not writing this for you… or anyone else. I am writing this for me. I keep managing this to allow other great people to share their passion.

If no one reads, that sucks, but it doesn’t bother me (okay it does, but I am learning how to deal with that, although our numbers haven’t dropped all that much). The pressure and stress that came from putting out stories five days per week was unrealistic if I hoped to have a life outside of having a job (that I love). I am happier now than I have been before and if that comes at the sacrifice of content– so be it!

Maybe someday things will change, but for now we will keep moving forward and will not sell…ever. I hope you keep reading my friend and giving me a hard time :)!

Make no mistake, I (for one), look forward to the emails I get. I usually stop what I’m doing and read through them (with one eye on the door for the boss lol)

I’ll try and come up with some interesting articles to help keep things interesting.

Thanks for doing this!

Thanks Michael for keeping an eye out! Hopefully we can be a good distraction from work 🙂

As a recent finder of this site & (?)blog, I love it – will keep reading it & check for new articles several times a week.
Keep it up & I’ll keep reading!

Love the picture above of the F1 livery on the A340 – doesn’t that look just awesome!

Well, the nice thing of being a new reader is you have about five years of awesome content to read. Then about another four of “so-so” content :).