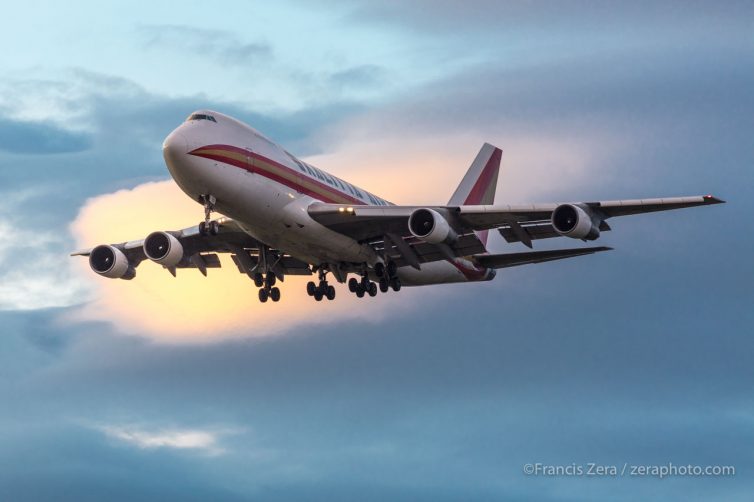 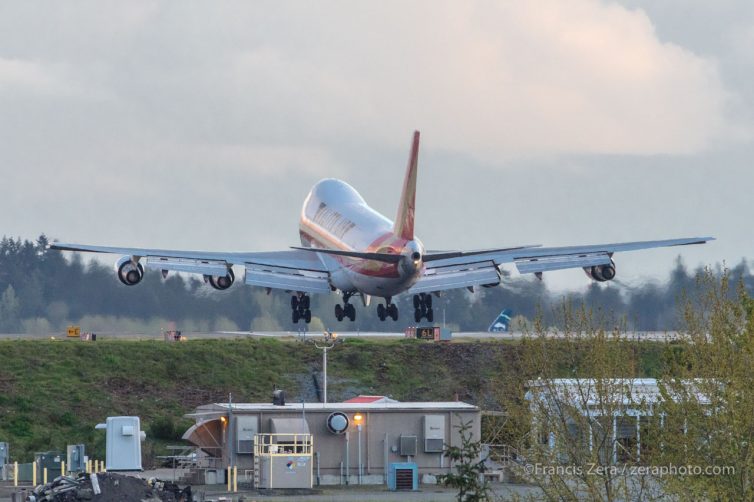 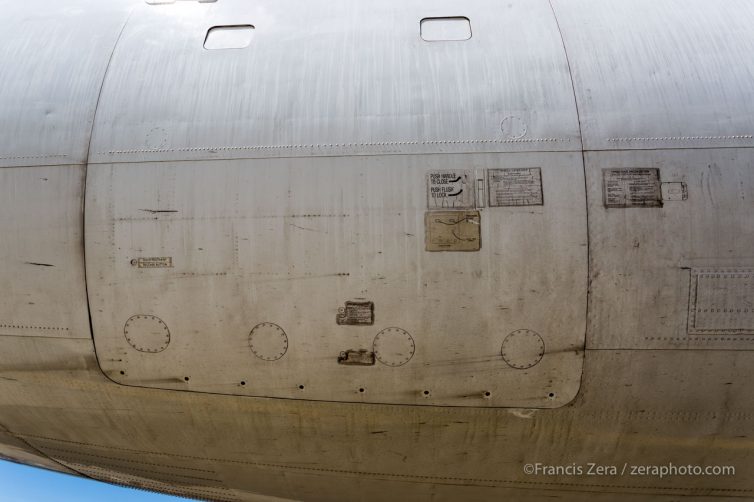 Cargo aircraft are workhorses; I’ve always liked that they’re allowed to get a bit dirty.

The aircraft is indeed something of a relic; the cockpit is filled with analog gauges and still requires a three-person crew to fly it a pilot, co-pilot, and flight engineer. Modern airliners’ automated control systems have done away with the need for a flight engineer. 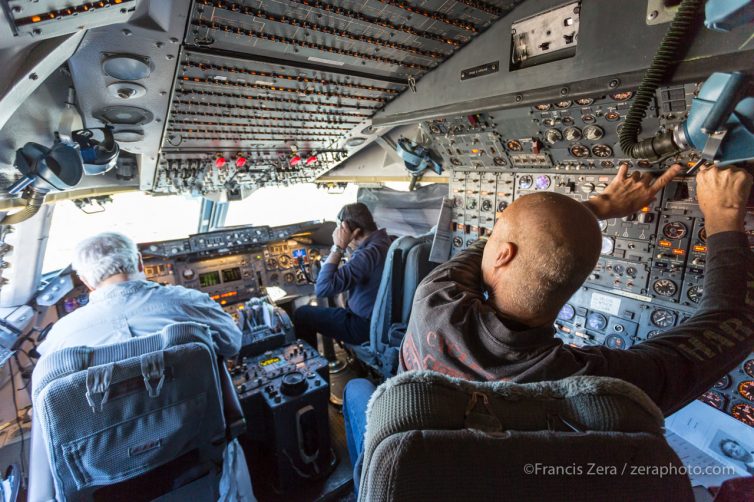 The flight crew prepares the aircraft for takeoff. Lance Pruett, seated in the foreground, is the flight engineer.

Kalitta Chief Pilot Bill Rhodes said that he wasn’t completely certain of the plane’s ultimate fate, other than Friday’s flight was “absolutely its last.”

He said that “we have a bunch of -200s up there (stored at Oscoda) that were used as parts birds, so it will probably be scrapped, it’s definitely not going to be sold,” adding that there is not much demand for parts for a type of aircraft that’s not being flown any longer.

As to the ultimate fate of the airline’s contingent of flight engineers, Rhodes said “That’s kind of a sad story; the engineers have all been furloughed and are losing their jobs, although we do have some that are pilots that will be offered positions as first officers because they’re appropriately qualified. There just aren’t any planes with flight engineers any more.” 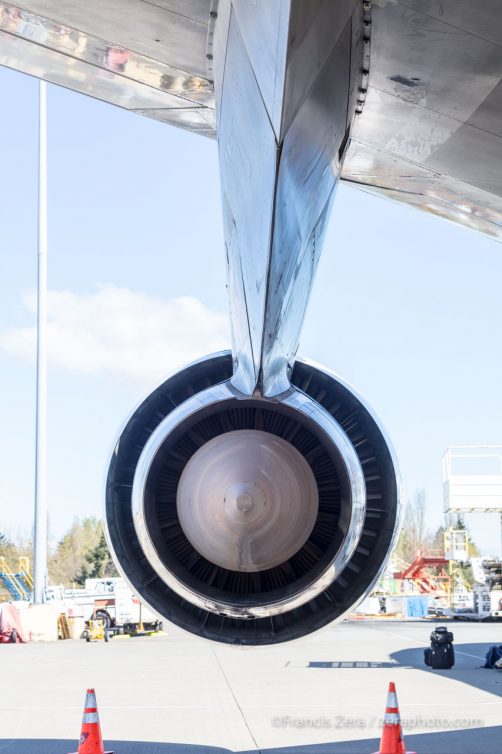 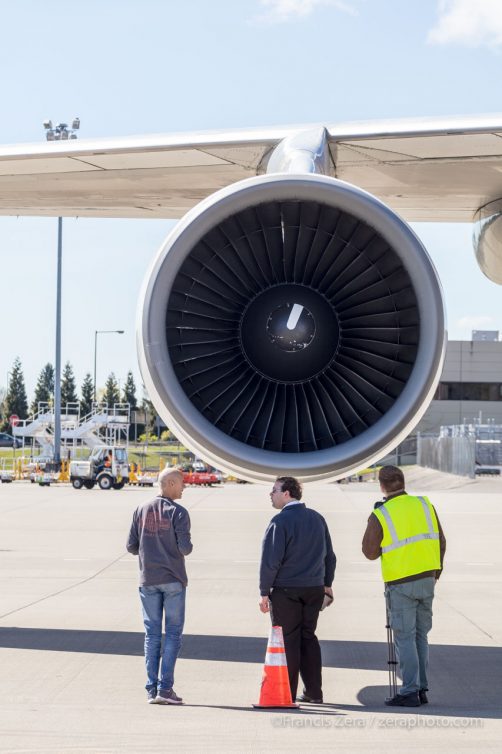 The crew checks the engines during the pre-flight walk-around

Jakl said that this particular airframe had been fitted with upgraded avionics about seven years ago; some of the gauges and instruments were replaced with LCD panels that consolidated and automated some controls. 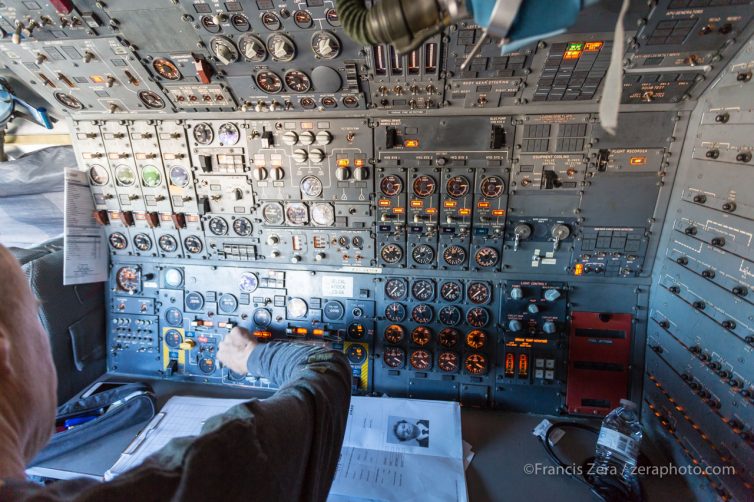 It was great fun being in the cockpit during pre-flight; while the crew was testing the various systems, mechanical bells rang and electric buzzers did their thing, there wasn’t a synthesized tone or voice to be heard. Like vinyl records or film cameras, the nostalgia was both endearing and comforting. 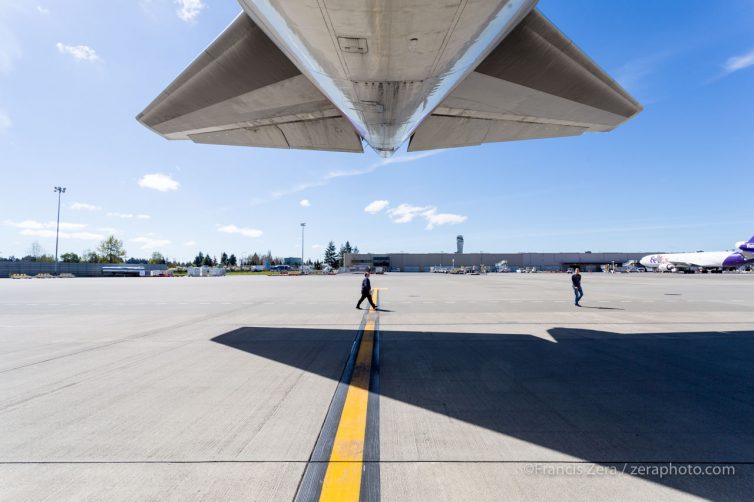 Pruitt (right) does a pre-flight walkaround of the aircraft

The U.S. Air Force’s VC-25 presidential aircraft are very much flightworthy examples of the 742, but they’re so heavily upgraded/modified that they’re practically their own variant. The last passenger 742 was retired by Iran Air in May, 2016. 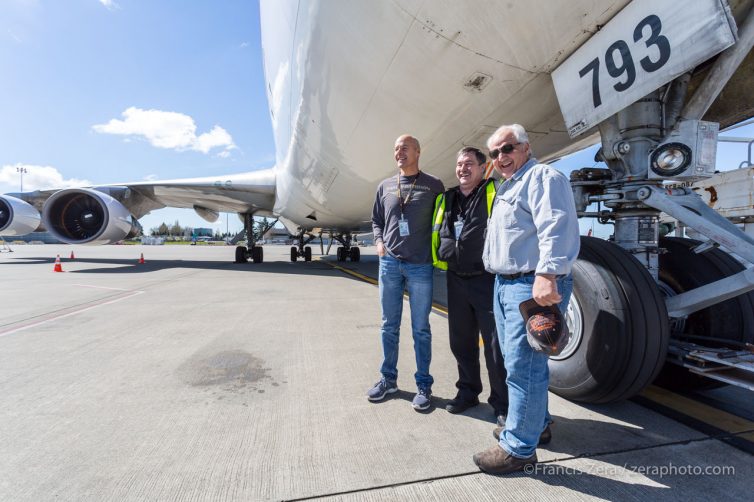 “When I talk to other flight crews and they tell me they’re flying to Miami or Chicago, I think, ‘How boring,” said Capt. Jakl with a smile, after rattling off a list of the places where he’s delivered cargo: India; numerous countries in Africa; Afghanistan; Iraq and others. There’s apparently nothing routine about cargo work. 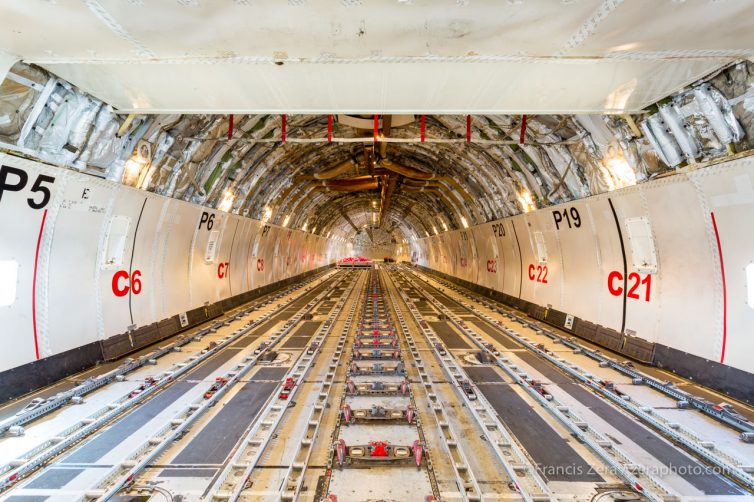 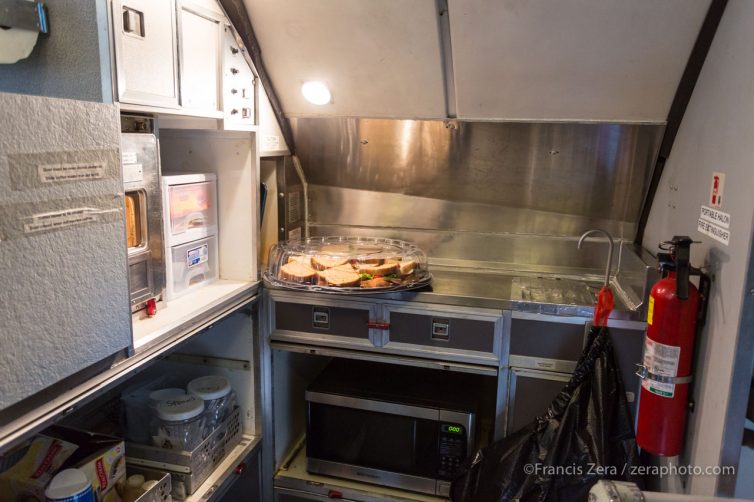 The catering options for the flight seemed spartan yet somehow appropriate

Jakl laughed and smiled his way through the pre-flight prep; it was quite apparent he thoroughly enjoys his work. 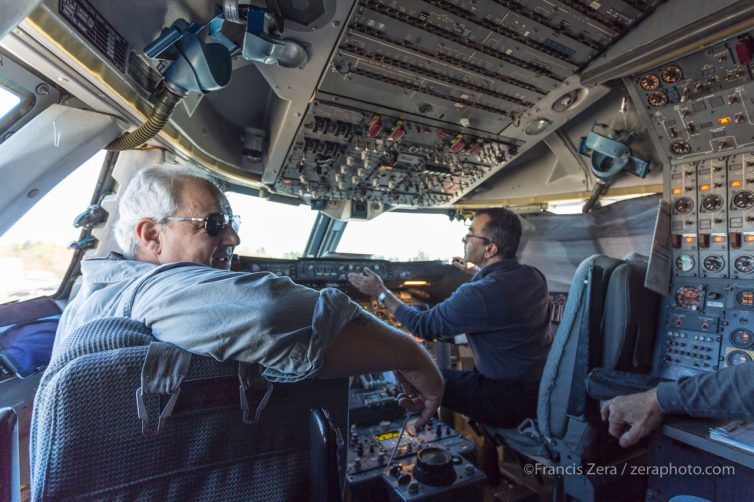 Capt. Scott Jakl talks to his crew during pre-flight preparations.

Change is inevitable and airframes eventually wear out, but it’s still a bit sad to see such a noteworthy aircraft’s commercial service come to an end.

We’ve probably had her here at UPS Worldport in Louisville during Peak Season.

Nice obit. Bet that airplane could tell some stories.

The B747 to me anyway was/is and always will be the Queen of the skies. I will miss them when they are gone.

I m not happy cause never get the chance to fly on one. Damn damn

I remember seeing a Kalitta Air 747 a few years ago while speeding down a runway. I couldn’t readily make out what model it was, but judging by it’s yellowish-age & lack of winglets (I think, it’s hard to decipher at 100+ mph :P), I think it was -200.

I feel so sad knowing that I could have seen her at least once, really sad to know that I will never see a “real” plane again…

Yes, it’s old, yes it’s inefficient, but it’s a 747. Nothing makes me more sad then to see these iconic birds being scrapped every day. The 747 is a great airplane.

Interesting perspective. Thanks for sharing your thoughts on the subject.

Hey there!! Thanks for sharing this great information.