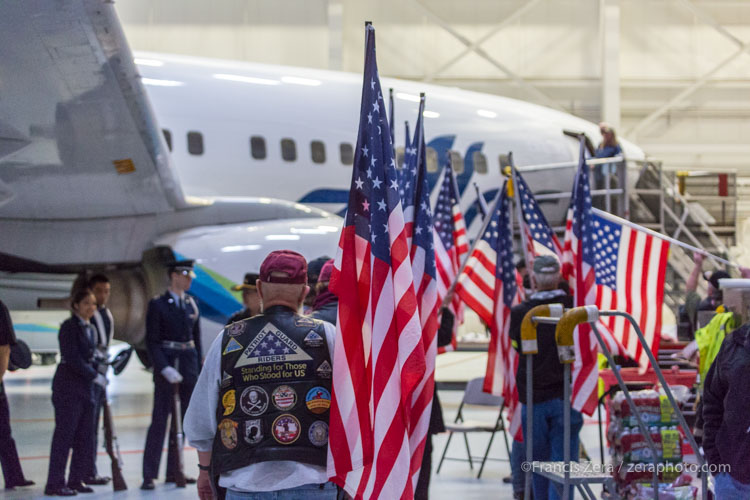 Alaska Airlines CEO Brad Tilden called attention to the small group of the airline’s maintenance technicians who conceived the idea for the livery, adding that “I want to give a special thank you to the members of our Fallen Soldier program for their continued passion and dedication.” 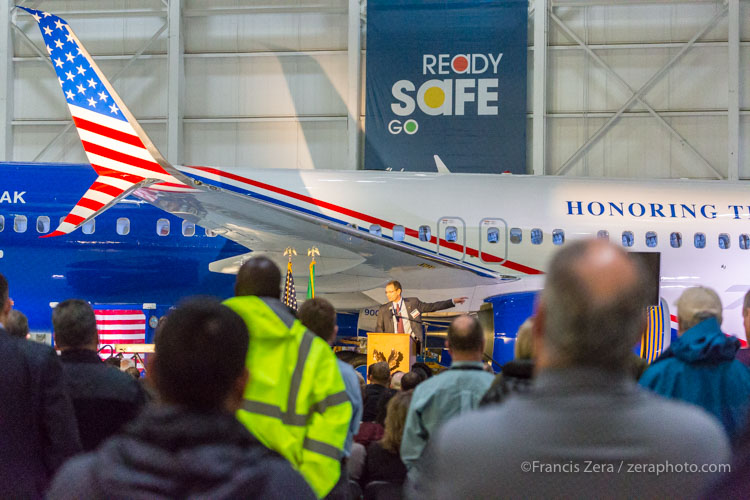 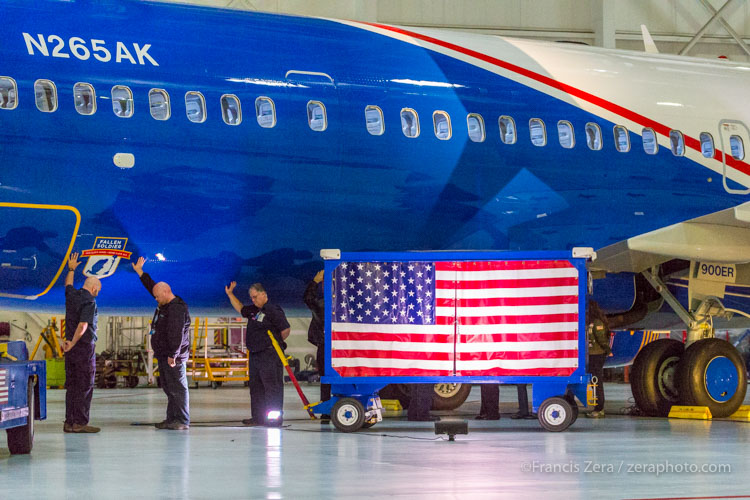 Alaska Airlines employees bow their heads during the aircraft’s dedication ceremony. A symbolic crest representing the Alaska Airlines Fallen Soldier Program is located to the right of the airplane’s aft cargo door Alaska Airlines says the program ensures a fallen soldiers remains are treated with respect and dignity while being transported on company aircraft. 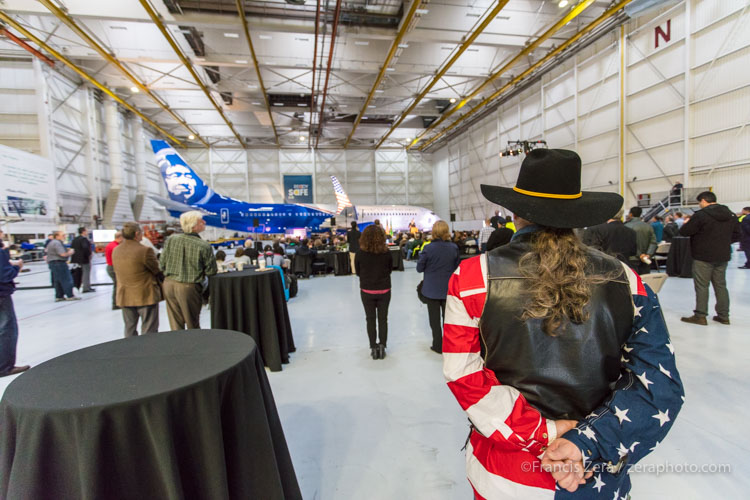 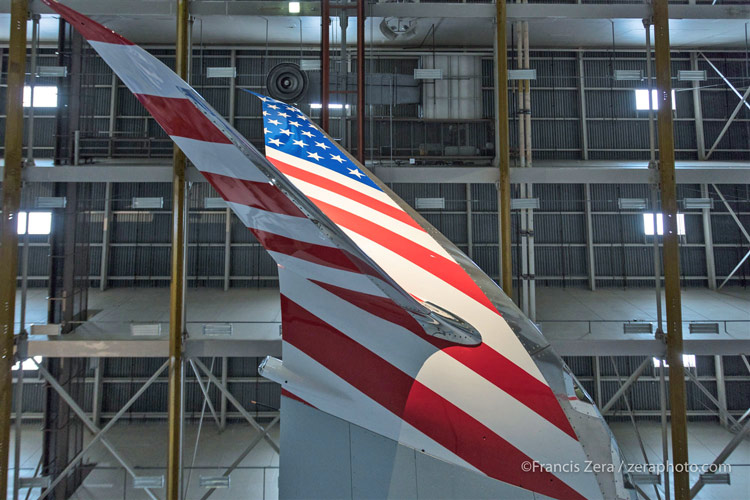 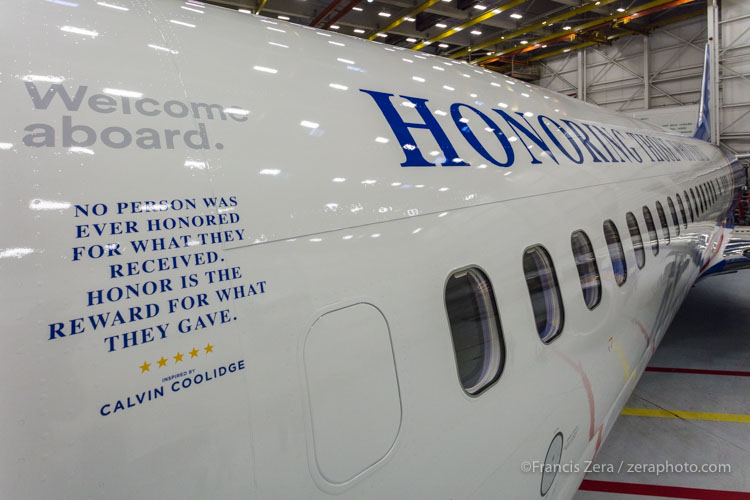 A quote from President Calvin Coolidge is printed near the forward boarding door: “No person was ever honored for what they received. Honor has been the reward for what they gave.”

Alaska Airlines also shared this time-lapse video of the plane being painted. We think you’ll appreciate it.

This is by far one of the nicest liveries I have seen in a long time. Congrats! to AS and their design team. I am looking forward to photographing it. I only hope that Skymarks will be releasing this in both 1/130 and 1/100.

Aircraft was sensational Francis, one of the most beautiful aircraft.