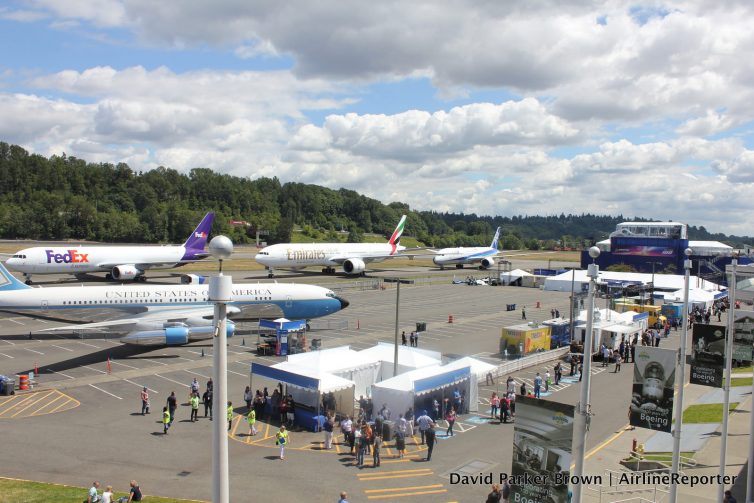 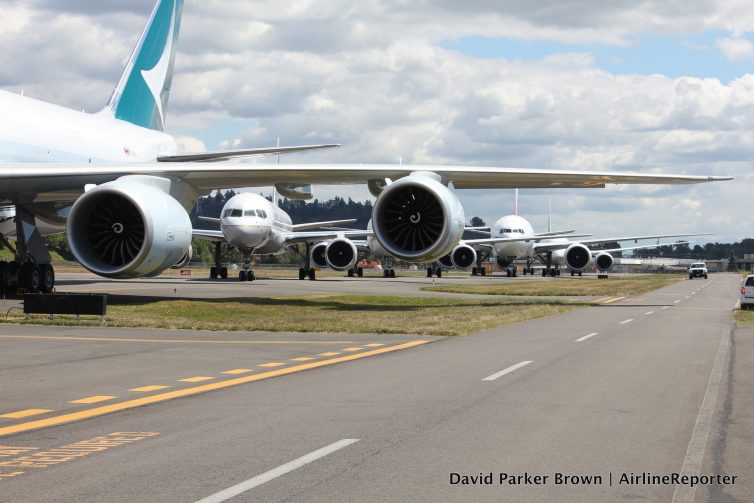 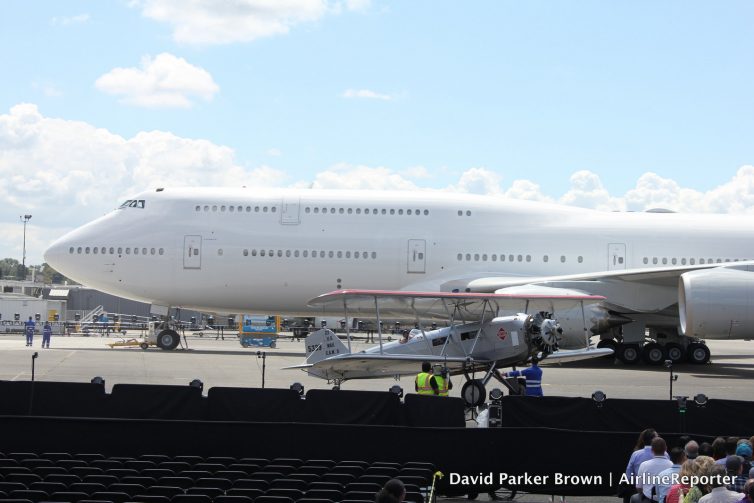 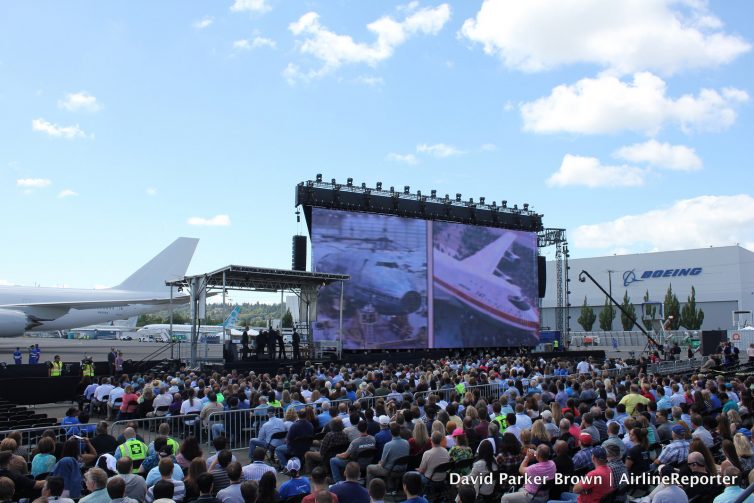 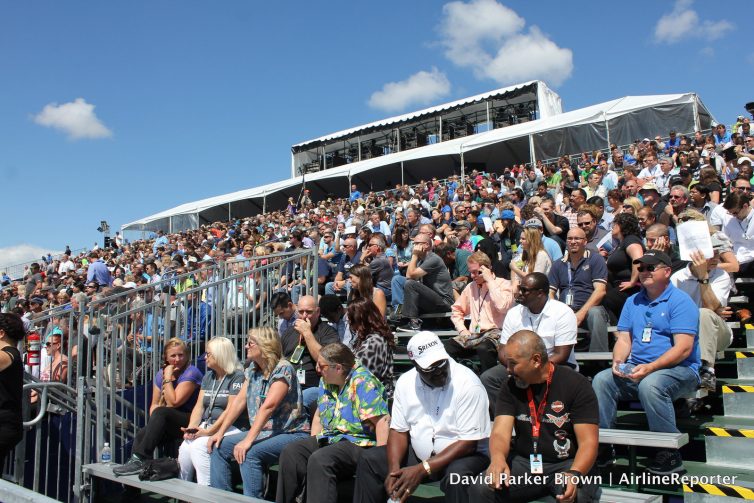 In reality, Boeing has made such a huge global impact over the history of the company. No question the world would be a very different place without all the people who have contributed so much to Boeing over the years. It makes sense that Boeing would want to make a big deal of this accomplishment and they did!

All throughout this year, Boeing has been celebrating their 100th birthday, but back on the 16th to 18th of this month, they had a big shindig for their employees just next to the Museum of Flight, at Boeing Field (KBFI). 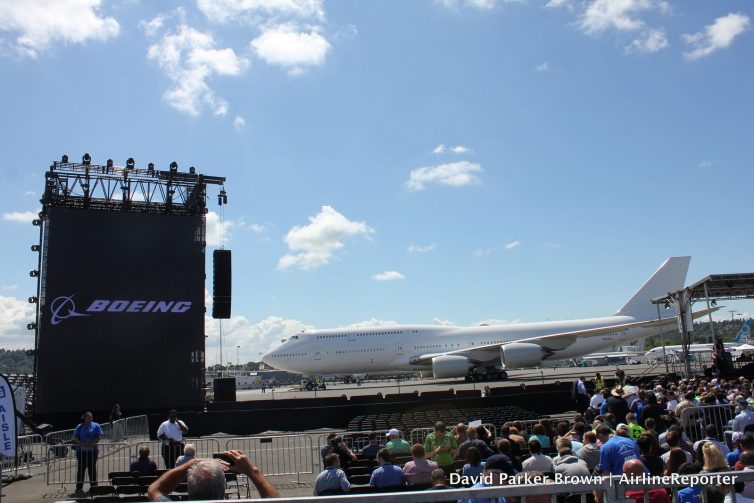 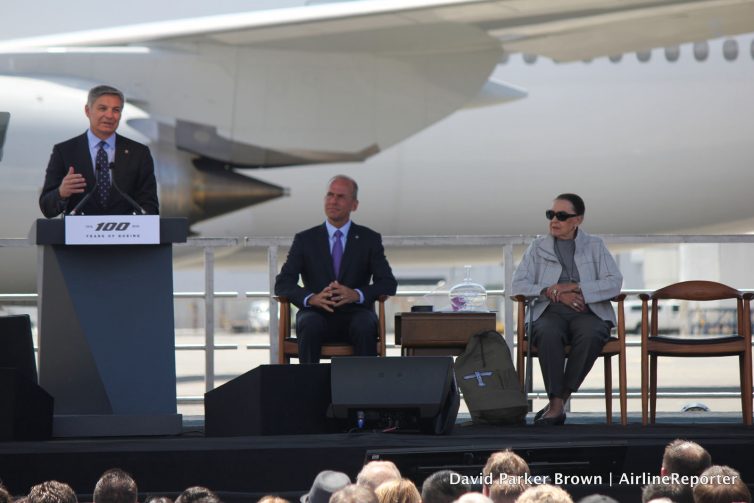 We luckily were invited to a short event on that Friday, where we were able to get a glimpse of the pride and dedication that so many at Boeing have for their company and the products that they build.

Media arrived a bit early, which gave us a chance to look around. The big eye candy was the 7-series line up. What’s that? All the Boeing commercial aircraft that start with a 7 in a line. Pretty cool stuff (I know, I know… I am sure many of you want to point out the original “717” designation for the tanker — shhhh). 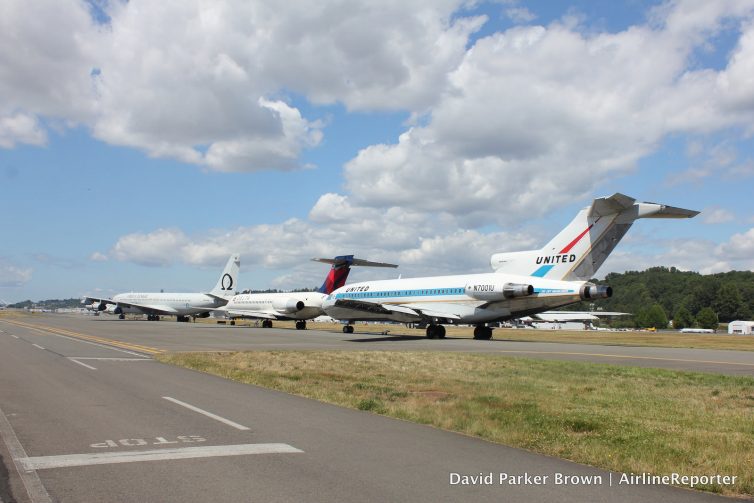 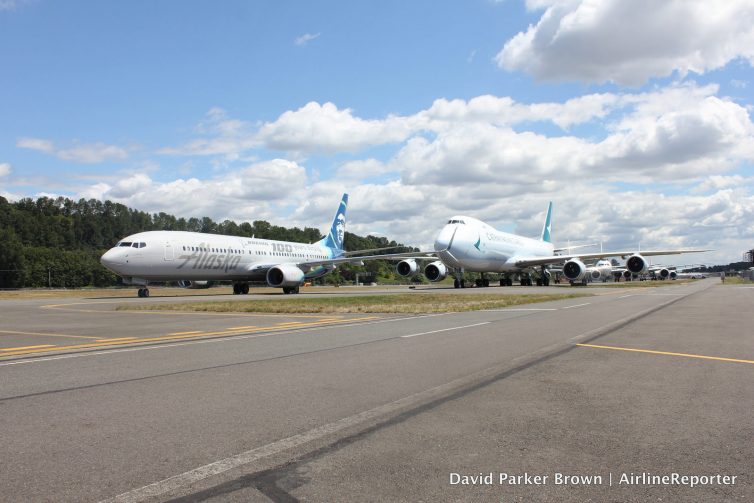 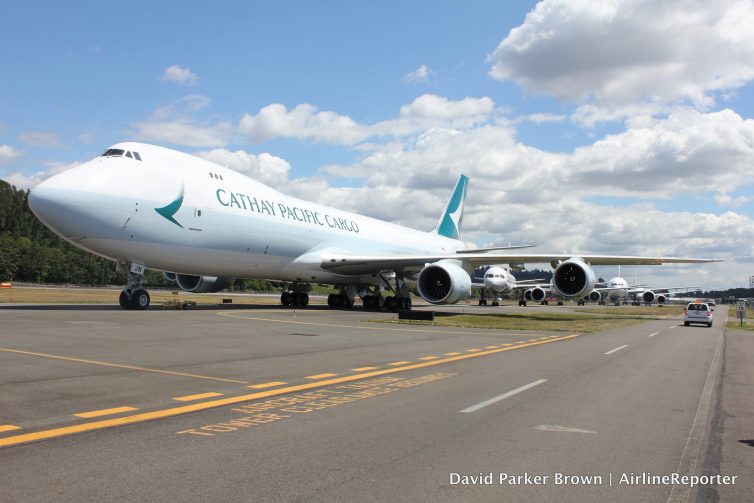 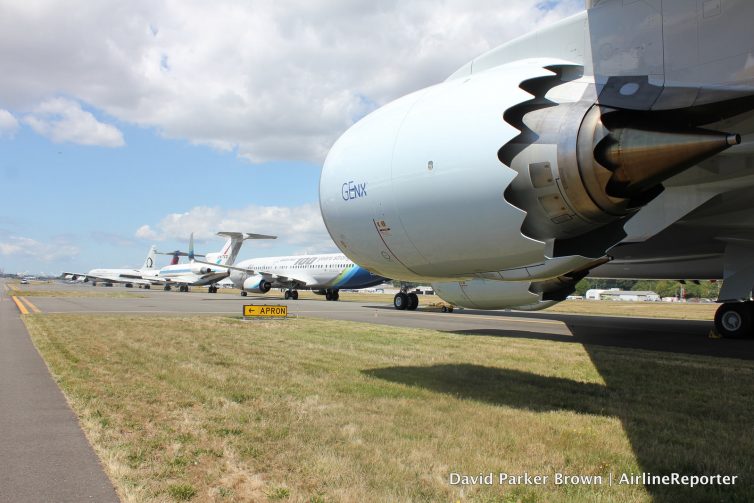 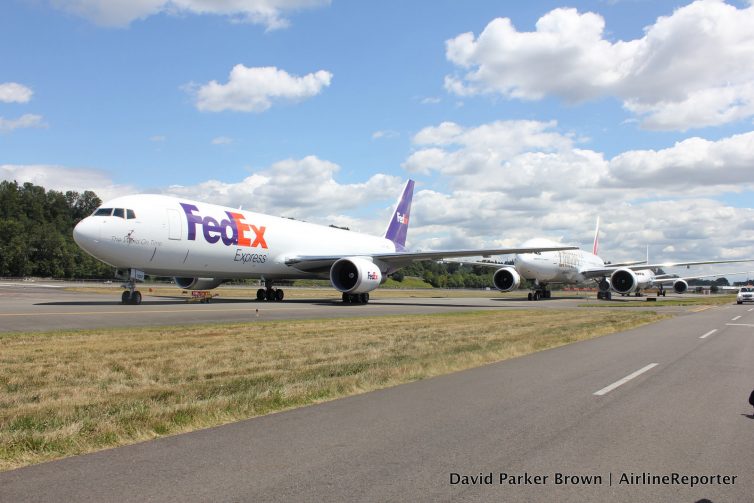 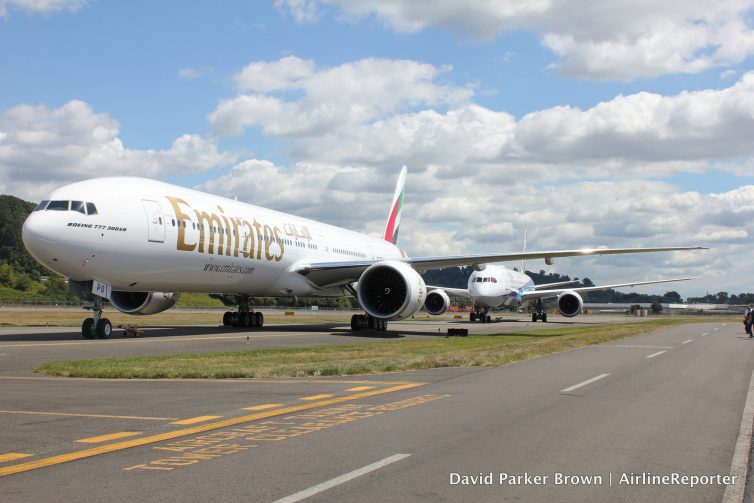 The temporary event location was downright impressive. There were bleachers built as high as the eye could see (yea, might be exaggerating a bit), a large stage, and a white Boeing 747-8I in the background. The energy was high, with all the Boeing employees there, and the burning hot sun.

At the beginning of the event we were shown some “100th year” videos and then the speeches started. While Ray Conner, CEO of Boeing Commercial Airplanes was at the mic, a special guest arrived: a Boeing Model 40. This plane is doubly special since it is the oldest flying Boeing aircraft in the world!

The celebration went into the weekend. I wasn’t able to see the display show seen in the video up top, but Boeing basically found itself the coolest projector screen ever. One of the greatest gifts to give to yourself (and your employees)! It is quite impressive for Boeing to throw such a wonderful year-long birthday party. Here is to the next 100 years!

SEE OUR OTHER BOEING 100th BIRTHDAY PHOTOS ON FLICKR 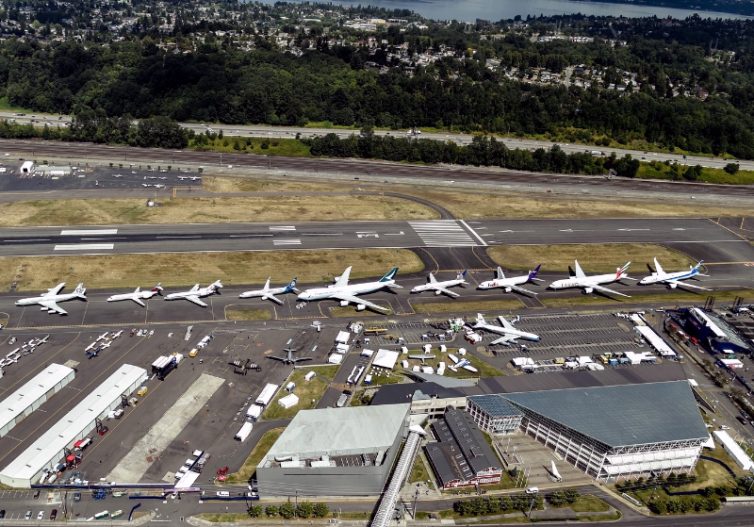 The 7-series line up, seen from the air – Photo: Boeing

Do you want to be a part of this Boeing 100th birthday history? Duh! You can. You can share your own Boeing stories online, or you can help the Future of Flight in trying to set a Guinness World Records with having the most signatures on a birthday card. The current world record is 71,542 greetings and signatures and we can get up to 95% of them virtually, so add your signature to the mix!

If they do it in 2116, you will be there with a report, no doubt , David. Keep up the great pics and stories.

Finally the article I’ve been waiting for! Here’s to another 100 Boeing!

I go out of my way to fly Boeing aircraft.

I was on time to the party, a little late to the story :).

I’ll bet that was the only time we will ever see an Alaska Airlines livery on the tail of a 747!!!
Great reporting.

Tks vv much for the competition…model looks AMAZEBALLS!!