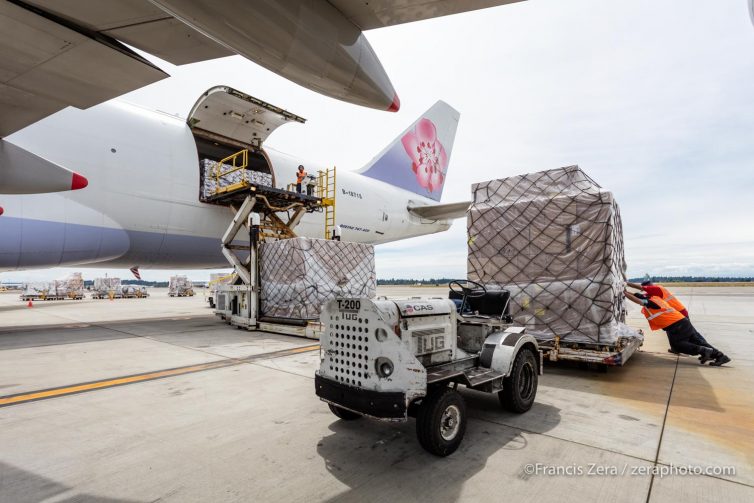 In what has become an annual early-summer ritual at Seattle-Tacoma International Airport, air cargo operators serving Asian ports have increased operations in Seattle for the duration of the roughly two-month long Washington state cherry harvest. 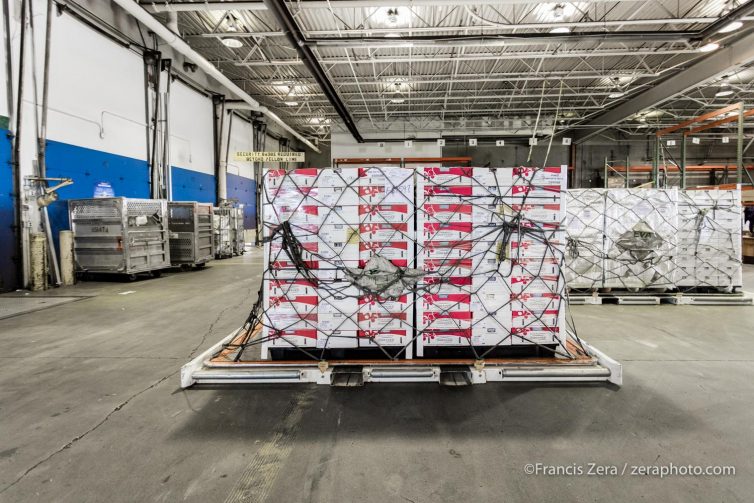 Carriers making stops in Seattle to pick up pallets of Washington cherries include EVA Air Cargo, NCA, China Airlines Cargo, and Singapore Airlines Cargo. Freighter loads vary, but seldom are the large jets filled solely with cherries; mixed loads are far more common, especially as routes can include stops in one or more U.S. cities before crossing the Pacific. 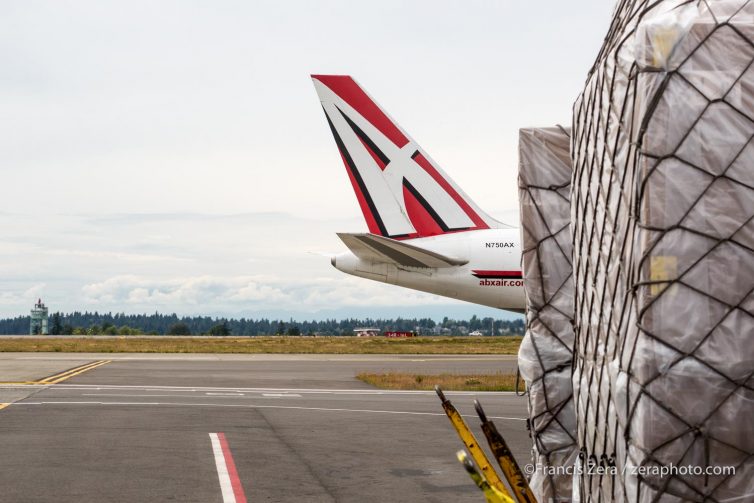 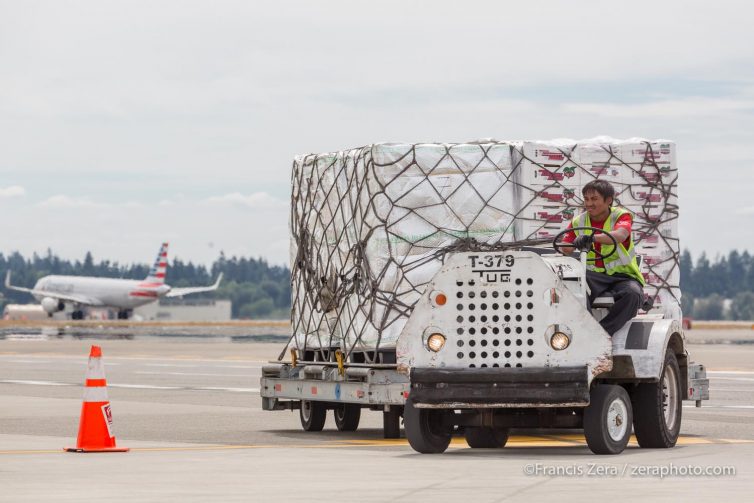 A tug hauls a pallet of cherries to a waiting freighter

Exports to Asia in July, primarily cherries, can be five times the amount of tonnage shipped on the most active airline at Sea-Tac, according to the Port of Seattle’s Brian DeRoy. Other Asian airlines usually see volume increases of two to three times their normal monthly tonnage. 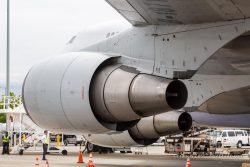 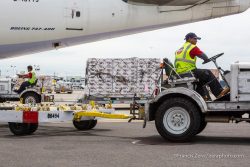 Approximately 20 percent of the total Washington cherry crop is exported outside of North America, and 98 percent of those exports are shipped via air. Next time you are enjoying some cherries (or any other fruit) stop and think about the flying adventures it might have had. 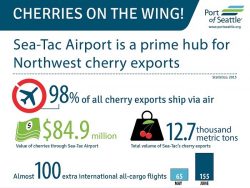 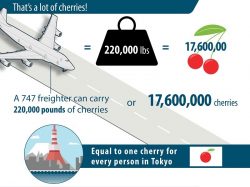 Hi Michael, you are absolutely correct, and I’ve already made the correction. Thanks very much for pointing it out.

Thanks, Francis, looks good. (Feel free to delete my comment if you prefer.) Cheers!

Hi Michael, I”m not so vain as to think I don”t make mistakes; there”s no need to delete anything, but thanks for the offer, and thanks very much for reading!

Another illustration of how two seemingly unrelated industries support and benefit each other like an ecosystem.