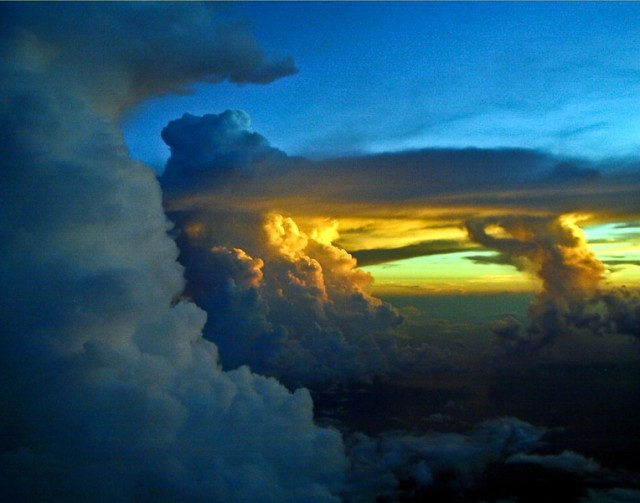 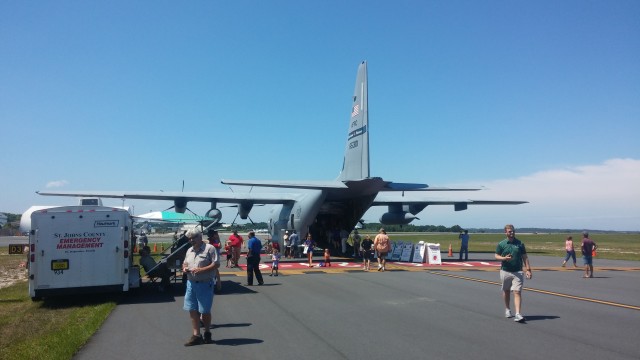 With the purpose of tropical storm and hurricane reconnaissance, the Hurricane Hunters, also known as the 53rd Weather Reconnaissance Squadron (53rd WRS), operate out of the 403rd Reserve Wing at Kessler Air Force Base in Biloxi, Mississippi. Though they are technically under the Department of Defense, their purpose falls under the direction of the Department of Commerce.

I went down to the airport for the afternoon with a couple of friends, and once we arrived, we immediately saw the two aircraft on display. Members of NOAA and the United States Air Force (USAF) were in attendance to show off their aircraft, which mainly fly into category 3 hurricanes or higher at 10,000 feet. 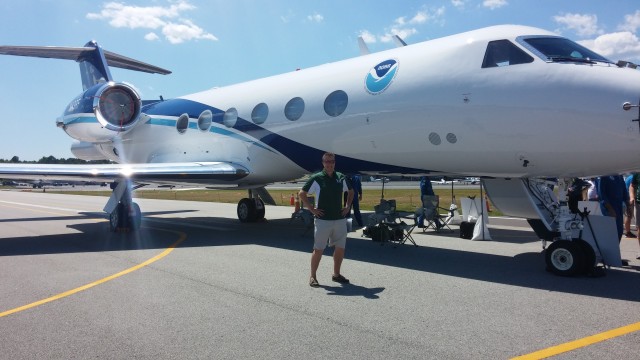 With the nickname ’œDoppler Radar on Wheels,’ the modified Gulfstream IV is a flying weather station. From a 360-degree spinning radar in the back of the plane to the transmitting equipment throughout the cabin, the plane is fully fit for a hurricane inspection. Unfortunately, I wasn’t allowed to go inside to check things out.

According to NOAA, the aircraft is mainly used for collecting and transmitting atmospheric sound, transmitting its results back to the center in Miami. In order to collect the most accurate data, both the C-130 and Gulfstream IV release what’s called a GPS Dropsonde out of the sky. 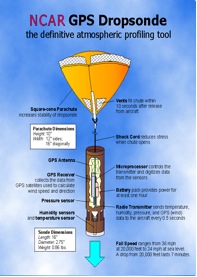 Diagram of a Dropsonde – Image: NOAA

These devices are designed to collect data from the storm by being released into its environment from beneath the aircraft. Devices installed in the sonde are designed to transmit the information once it’s received. This information collected can range from wind direction to speed, pressure, temperature, and humidity of the storm. Each of these sondes are dispensable, so once they are released from the aircraft, they aren’t recovered.

Going inside the C-130 was quite an adventure. I saw similar equipment as was described for the Gulfstream IV, and I found the slot which the sondes are released.

Officers on board shared stories about the many storms the group has flown into. From Claudette to Katrina, often times having the feeling of falling out of the sky and plunging into the ground, it seems like quite the adventurous and dangerous career to pursue! 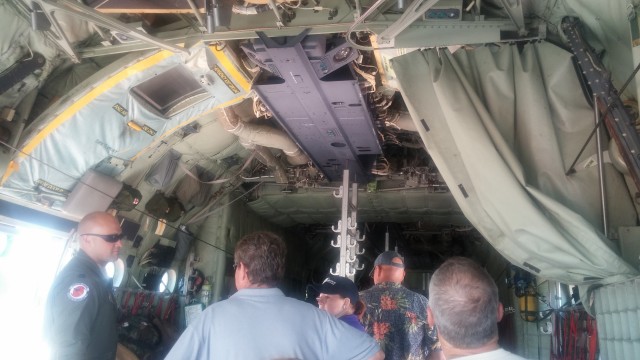 Though the overall tour was rather quick, it was nice to see just how we can measure the depth of a tropical storm, in addition to hearing how the aircraft are being utilized. 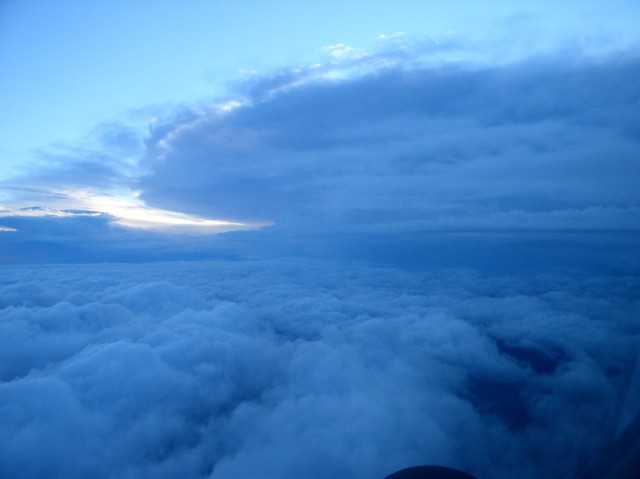 The squadron was in northeast Florida as part of their traveling tour – showing off their planes at public venues, and giving us an insider scoop on how we measure the danger of hurricanes. To nobody’s surprise, a tropical storm was developing over the east coast while they stopped in Florida, and the squadron inspected the storm earlier that morning before being put on display.

As a side note, the Hurricane Hunters decided to visit northeast Florida the same weekend as The Players Championship Golf Tournament. Every year, the region hosts the event, a huge event. With that came large amounts of general aviation traffic. 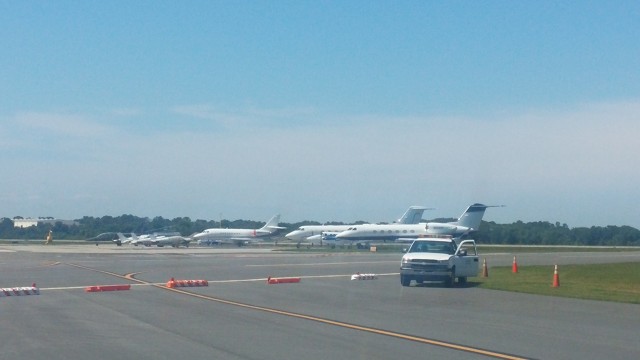 The airport was infiltrated with private jets ranging from Falcon 50s to Gulfstream G550s. Plenty of activity occurred throughout the course of the day, as the Hurricane Hunters departed the region and the golf tournament commenced. Welcome to Florida!

https://www.airlinereporter.com
Flying on a Antonov An-12 for a Second Time. Even An-12’er.
Business Class Reimagined – Why Air Serbia is the One to Beat in Europe
2 Comments

Only 10k feet? Boy I bet that’s a fun ride! I never gave it much thought but would have assumed they’d want to fly above the storm. Guess that doesn’t make sense, since they would want to collect data on the beast. Too bad they didn’t let you poke around the GIV, though.

Thanks for an informative read.

haha! I was there! Small world!