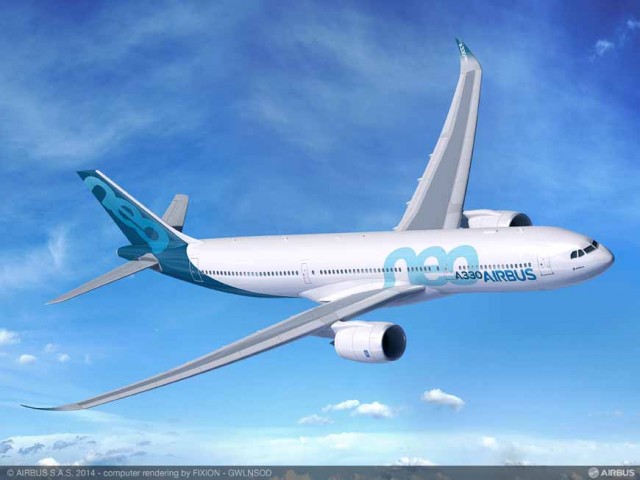 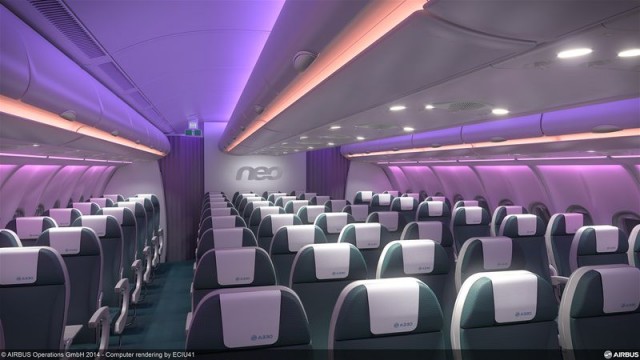 ’œThe A330 is a very important margin contributor for our Group. It’s also one of the most reliable and efficient commercial aircraft ever,” said Tom Enders, CEO of Airbus Group. “Customers love it. With our decision to re-engine the plane, we will keep the A330 flying high for many more years to come.’ 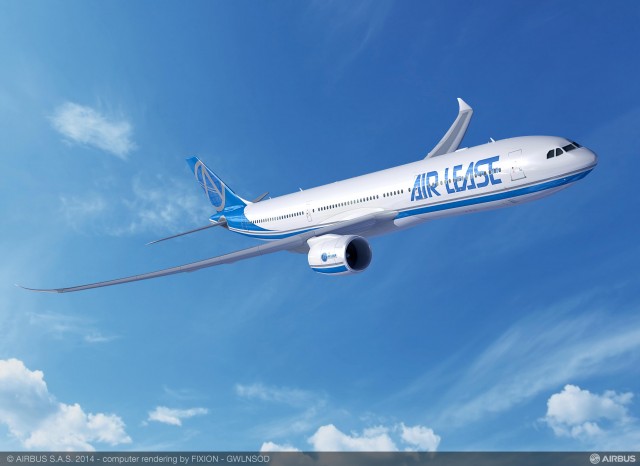 Airbus also plans to bring some of the styling cues from the A350 into the cabin of the A330 with newer IFE systems, LED lighting and full connectivity.

’œThe A330neo is the logical evolution of our reliable and versatile A330 Family,” said Fabrice Brgier, Airbus President and CEO. “We see strong market potential for the A330neo, and like its market-leading smaller sister, the A320neo, we are confident this new aircraft will be a success in the medium-haul segment. We are again leveraging a proven aircraft with a wide operator base and making it even more efficient with the latest innovations and technology developments.’ 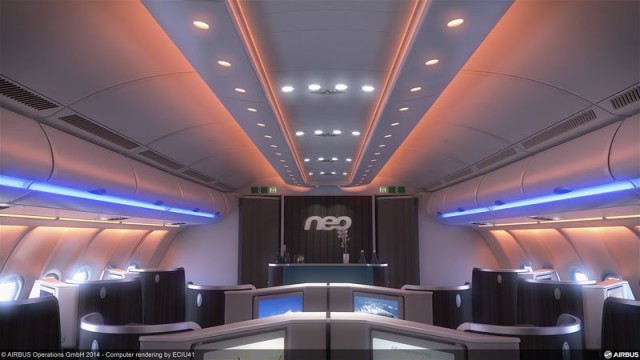 A potential business class cabin on the A330neo – Image: Airbus

The new aircraft will boast new winglets and an updated engine; the Rolls-Royce Trent 7000.

The Air Lease Corporation became the launch customer with announcing a Memorandom of Understanding for 25 of the A330-900neo aircraft. Airbus is hoping to start deliveries of the A330neo during the fourth quarter of 2017.

Although Airbus is excited about their new offering, Boeing is not so sure. According to the Wall Street Journal, the 14% efficiency gain is, “extraordinarily optimistic.” Randy Tinseth, vice president, marketing for Boeing Commercial Airplanes also stated that the A330neo launch is a sign that their  A350 family of jets had “failed.”

Updating the A320 with a neo model worked extremely well for Airbus, now let’s see if they can garner the same success with the A330neo.

As good as Airbus will make the A330 during a limited R&D time-frame. Airbus entry into serrvice is claimed at three years from today for the A330 NEO. This makes it an Airbus lost leader for new and emerging airlines that cannot buy or are willing to compete with the 787 family of aircraft when exploring new routes. The legacy carriers will have less choices when considering an Airbus made product choice. They legacy carriers may switch over its twin aisle fleet orders to Boeing. A stop gap manouverfor its ailing A350 order book.

“It’s difficult for a 40-year-old technology to compete with a brand new one,” he said. Leahy’s comments on the 747-8. So how does he feels about the 30 year old A330 competing with new technology. You can dress a mule up in a horse’s harness, it’s still a mule.

Interesting pictures but a complete disappointment in my opinion (what Airbus is doing). This is basically a warmed up A350 Mk1 “2004 Edition”. In 2005, the new cabin were introduced – namely the cabin we see today in the XWB but at that time, it was meant for the Mk1 A350.

I am talking about this cabin shown here:

It is what Airbus intended for the A350 Mk1 based on the A330. I expected them to offer the same interior in the A330neo. The fact is that this original new cabin existed (and I guess still exists) since they made a mockup of it, later renamed “Airbus Cabin Vision” when the XWB came to the market, requiring a new remodeled solution.

Another letdown with the A330neo is the flightdeck. A350 Mk1 was planned to have an A330 avionics suite but were later redesigned with an A380 based fit with larger displays. I would have preferred that one, without any doubts.

I hope that there will be an A330neo Mk2 later with new A350XWB based avionics and the cabin developed for the A350 Mk1.