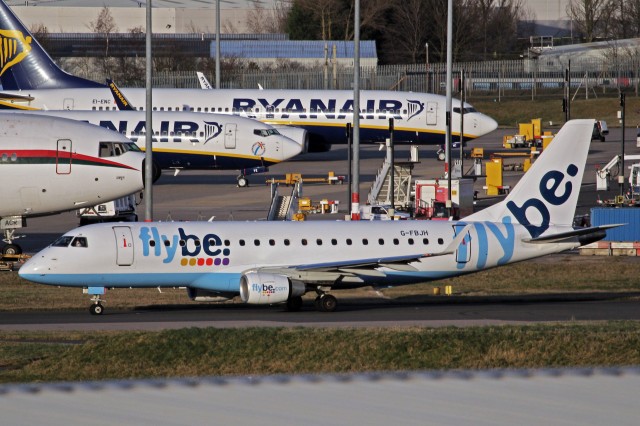 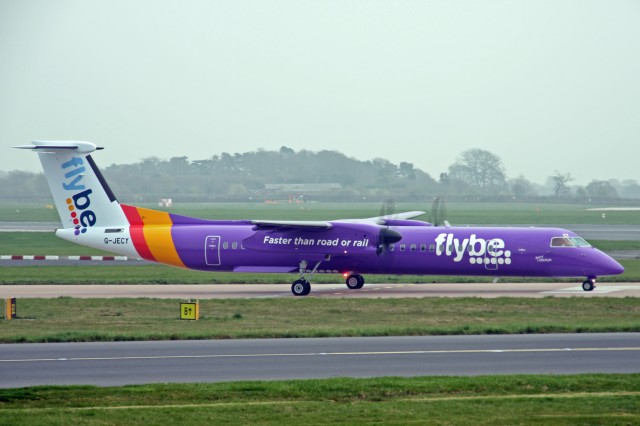 In October 2011, FlyBe took over the Finnish regional, FinnComm Airlines, renaming it FlyBe Nordic.  They also signed a commercial agreement with Finnair to operate local and regional services as a Finnair franchisee, as well as operating flights under their own ’˜BE’ flight code.  More recently, FlyBe Nordic have taken over the operation of Finnair’s Embraer 190 fleet which continues to operate in Finnair livery with additional small ’˜Operated by FlyBe Nordic’ titles.

In March this year, FlyBe decided to ’˜refresh’ the brand and have repainted their first Bombardier Dash 8Q-400 in the new purple livery.  I sort of like it, I think!  It’s VERY purple and I wonder how good it will look in a couple of years when it’s weathered and faded.  FlyBe’s current fleet consists of around 40 Bombardier Dash 8Q-400s, 11 Embraer E-175s and 13 Embraer E-195s, although the E-195s are being progressively withdrawn and stored during 2014.

This post was written by Ken Fielding for AirlineReporter. Ken was born and raised in Liverpool in the UK and currently lives in Manchester, UK.  He’s been an AvGeek since childhood and spent 43 years working in the airline business in Airport Services, Operations, Reservations, Sales and Ticketing, retiring in 2005.  He’s been taking color photos of aircraft since the early 1960’s and has an extensive collection of over 11,000 images on his Flickr page which is just approaching its ’˜millionth hit’.

Interesting colour scheme indeed.
As an occasional passenger with FlyBE, I viewed their recent email with excitement wondering what their new colours would be (there was even a tantalising hint at the end of the YouTube clip that was linked to in the email).
Honestly like you, I like it and it will certainly make them a lot more visible at airports and over head.
Good for them to have the courage to buck the all white trend and choose something bold and very noticeable.

Saw this doing practise at Newquay Airport on 7th Sept 14. Wondered which airline it was.

Faster than road or rail, and uglier than both together!