During the recent Aviation Geek Fest, a reader of AirlineReporter suggested that I do a bit of a roundup of all the different ’œwinglets’ that are out in the aviation world (I wish I remembered you name).  With so many different kinds of wingtip devices out in the marketplace, there needs to be a handy guide as to what they all are and what aircraft they belong to.  But first maybe a little bit of background on what a winglet actually does.

In the late 1970’s, NASA engineer Richard T. Whitcomb took some research from the 1950’s and further developed what we know as the winglet.  NASA wanted to see what would happen if they were to create a wingtip device that, with the correct angle and shape, could help reduce drag and increase lift, and also help break up the wingtip vortices.

Getting these benefits from the wing helps make flying easier and increases fuel efficiency – something that back in the 70’s wasn’t as crucial as it is now.  How much fuel can you save by adding a winglet?  On average, a 737 can save around 4% when compared to a non-winglet version.  A winglet is really designed to save money when flying long distances at high altitudes, so long flights are where the most savings are realized. 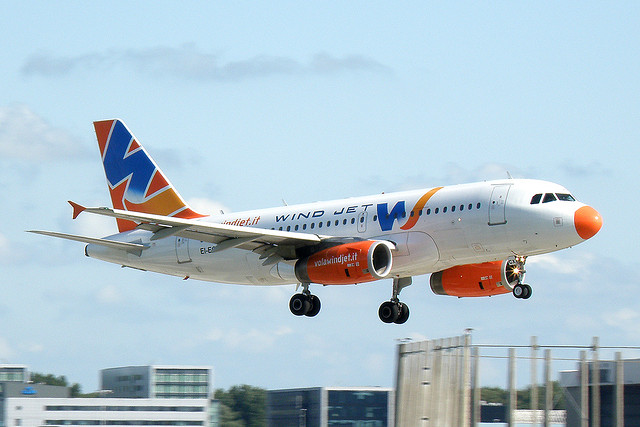 The three most common types of wingtip devices are winglets, blended winglets, and wingtip fences.  The first real foray into the winglet arena for commercial aviation was the ’œwingtip fence’.  A signature Airbus item, these familiar wing accoutrements can be seen just about everywhere in the USA.

Found on every A310, A380, and the majority of the A320-family in the world, if you have flown on an Airbus in the United States (and the world), good chance is if you have looked out the window, you have seen one.   These wingtip fences are becoming more of a rarity on Airbus aircraft these days, as newer A320-family models are being fitted with the ’œsharklet’ (more to come on that soon).  The first aircraft to get a winglet was not a commercial aircraft, but a Rutan Varieze, hitting the market in 1975; from that moment on, things were set to change. 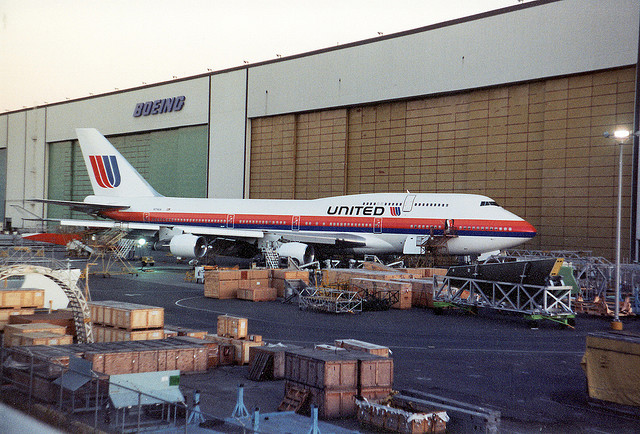 In 1988, Boeing introduced an upgrade to the 747 line.  The 400-series model went into production as the first large commercial aircraft with a winglet.  By giving it the unique upturned wingtips, this change became the easiest way to tell the 747 models apart.  Pretty soon others were following.  The CRJ series of regional jets added them, and Airbus adopted the same winglet design in the 90’s with the A330 & A340.

These winglets are small and look more like someone has grabbed the end of the wing and just folded them up. With the latest 747-8 models though, Boeing has removed the winglets in favor of raked wingtips, similar to the 777 & 787.  A raked wingtip needs to be designed from scratch so only newer aircraft will be seen with these slender looking tips.  The raked wingtip gives almost similar performance enhancements to its winglet brethren, but in a more sexy, lower weight package, as the biggest difference between the winglet and the raked wingtip is the reduced weight.  Without so much of the extra weight the revised shape has the same, if not better, benefits. 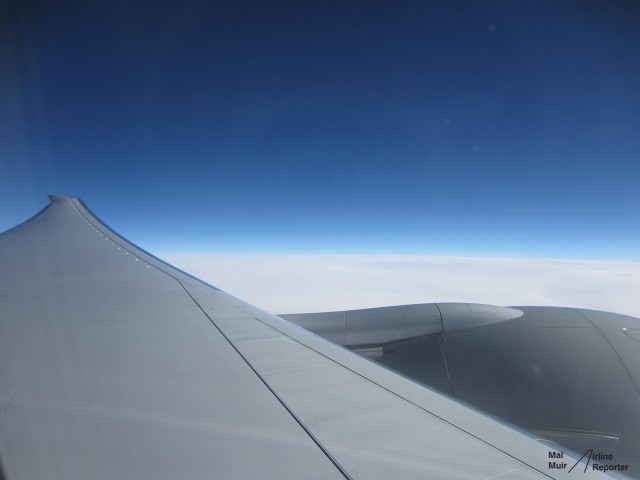 When Boeing decided to revamp the 737 for the Next Generation model (600,700,800, and 900) they wanted to make some changes that would bring increased efficiency.  Boeing came up with a new design and called it the ’œblended winglet’.  Rather than an abrupt and sharp change up, like the winglets on the 747-400, by curving the gently and raising upwards they could get the increased benefits without needing giant wings.

These blended winglets, unlike a raked wingtip or the original winglets, could actually be retrofitted to existing aircraft so they became optional to begin with, and then standard on newer aircraft.  Even older classic model 737s (300,400,500) have been retrofitted with the blended winglet.

Then Boeing had a thought – could we put these retrofitted winglets on other aircraft?  Yep!  Enter the 757 and 767-model blended winglets.  These medium and wide-body aircraft could be fitted with giant winglets (a 767 blended winglet is over 11ft tall!) and now get these game-changing benefits.

Sooner or later, similar style winglets started popping up all over the place. Embraer had a similar design on their E170/190 family jets and then Airbus came to the party for the A320 family.  Airbus could not call it a winglet; it just had to be different and since their design was unique to the A320 family, they called it a “sharklet” (but we all know its a winglet, right?).  New model A320-series aircraft are coming out of the factory fitted with sharklets which, like the blended winglet, can be retrofitted to existing aircraft as well. 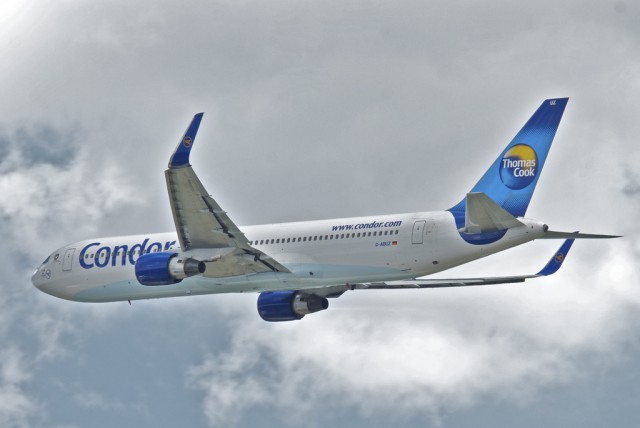 The blended winglets on this Condor 767 are over 11ft tall! Photo: Aero Icarus | Flickr CC

With blended winglets, sharklets, or fences so common to the everyday traveler, there are a two more winglets that are quite bizarre and strange.  The first is the new Boeing ’œAdvanced Technology Winglet’.  Destined to be fitted to the new 737 MAX, Boeing claims that it will increase fuel efficiency 1.5% greater than what the current blended winglet will provide.

It sports a strange design that helps to double the wingspan as there is an upper and lower winglet.  By mixing the raked wingtip design into what they refer as a ’œDual Feather Wingtip Design’ you come up with this unique looking winglet.

The last device takes some concepts from the new winglet used for the MAX, and combines it with the blended winglet.  The new Split Scimitar Winglet uses the existing blended winglet, and adds another winglet below it, to help increase that surface area and bring greater efficiencies to the existing winglet that is seen throughout the world today.  Already in the sky fitted to a United 737-800, the new scimitar winglet will start to become more common as aircraft are retrofitted with the new design.

With all the different designs in the sky today, hopefully the above handy little guide will help you understand what a winglet is and how you can tell a Blended from a Scimitar.  Maybe you can impress your friends by correcting them when they call a Sharklet a winglet.

Serious question from a n00b: would there be a benefit to the winglets having winglets? Like some sort of fractal-based winglet?

Evan I think that is where the Split Scimitar comes in, it is kind of like adding a further winglet to an already existing winglet. So that kind of like what you are thinking right?

The more I look at it, yeah, that’s basically what I’m talking about. I’m just wondering how many sub-winglets would be advantageous. In the Split Scimitar picture, if I call the surface that extends toward the ground the sub-winglet, would it be reasonable as materials and construction advance to have a “Tri Scimitar” where a third winglet (sub-sub-winglet?) extends from some point on the original sub-winglet? Or is there an aspect to this where one generally pointing up and one generally pointing down is the ideal?

Yeah, that is way above any level of understanding I have. That would be better off for someone who knows more about the physics of the situation.

Cool, sorry, my brain gets in weird ruts sometimes 🙂

That’s actually a pretty good question. I had a professor in college whose specialty was in wingtip devices and their affects on the aerodynamics of the aircraft. The way wingtip devices work is by reducing the effect that wingtip vortices have on the wing. This type of drag is called induced drag. Parasitic drag is the drag that is basically caused by the friction of air moving over the wings. Therefore the more surface area you have on the aircraft, the more parasitic drag you would have.

The idea of having a tri-scimitar design is interesting, but it would probably run into some problems. The reduction in the induced drag from having a winglet split off of another winglet would most likely be wiped out by the increase in parasitic drag and also the weight increase associated with adding another aerodynamic member at the edge of the wing.
It will be interesting to see what they come up with in the future though. I am not really involved with aerodynamics anymore though so I am sort of out the loop (my specialty is in structural dynamics and composite materials).

What about the MD-11’s winglet?

wow i never noticed they were different. i think cuz md-11s don’t fly anymore they didn’t feel the need to include them. otherwise idk y they didn’t put them in.
i guess the cuz they count as that split scimitar winglet, altho they have their differences.

Thanks Malcolm for taking this idea and running with it. Can’t want until next year’s fest #AGV15.

Didn’t you leave out a name when talking about the Boeing blended winglets and split scimitar winglets for the 737? Aviation Partners of Seattle designed the blended winglet for older Gulfstream models and then approached Boeing with the idea for the 737. Aviation Partners and Boeing independently developed their own version of the split scimitar design.

1st: im not toms brother, 2nd: its amazing what these tiny things (in comparison to the plane, cuz seriously 11-ft tall wow!!!) can do: +4% on fuel savings. and airbus just copies everything boeing does: lets give some examples: 747 vs a380, a350 xwb vs 787, a319/20 vs 737. airbus should come up with some original ideas, like not trying to copy boeings future hybrid plane, the SUGAR Volt. search it up if u don’t believe that this could possibly exist.

787-10 im guessing is what airbus is copying with the a350 xwb. oh and if anyone from airbus reads this, it is kinda true but u can’t blame me for stating my opinion. I’m american and its a free country
u guys may argue that hrs are all better, and may well be, but think fuel. would an airline rather spend millions of dollars on fuel or just have 100/150 less passengers?
if i were the airline, i would go for less passengers, less fuel. I’m using the a380 for this, and I’ve checked, the dreamliner is more fuel efficient than ur a350. sorry guys

haha i meant urs r all better, not hrs
that makes no sense
whoops