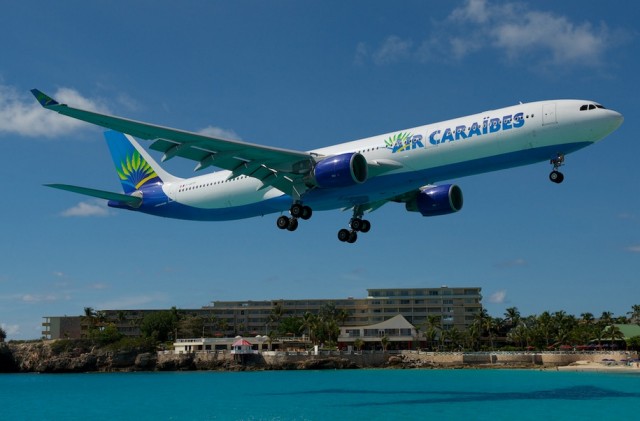 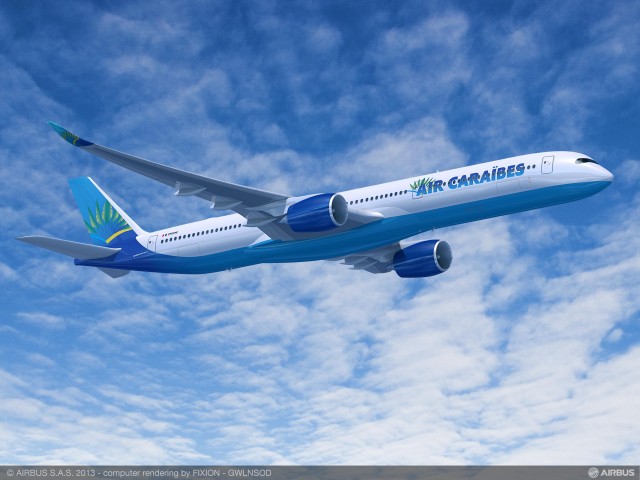 Composite image of the Air Caraîbes livery on an Airbus A350-1000 – Image: Airbus

The livery is one that you might expect from an airline flying to and from sunny destinations. The blue belly is reminiscent of the water and the green (what looks like) palms give a feeling of the tropics. This livery should look pretty slick on the Airbus A350, especially with those blended winglets.

https://www.airlinereporter.com
Boeing 727 Tribute Video From LAX
How to Write an Airline a Complaint Letter