Time to burn some miles on a Singapore Airlines A340-500 – Image: Bob Connolly

While I like to think I haven’t totally become an old man, most of the time my weekends these days involve chores and relaxing.  But this week, when I get the usual “What are you doing this weekend?” question, I get interesting replies when I tell them I am about to fly about 50 hours and over 21,000 miles.

I am honored to have the opportunity to fly on the world’s two longest flights, which are both operated by Singapore Airlines and use the Airbus A340-500. After I take my less exciting flight from Seattle to LAX, I will board the world’s second-longest flight from LAX to Singapore (SIN). This flight (SQ 37) can be just over 18hrs and is 8,770 miles long.

I will be hanging out in Singapore for just about a day before boarding the Airbus A340-500 again to take the world’s longest flight, which is from SIN to Newark (EWR). It is about 9,500 miles and can be about 19 hours. For an average person this might not sound too exciting, but for me, I think this is going to be a great weekend and I want to share it in a unique way. 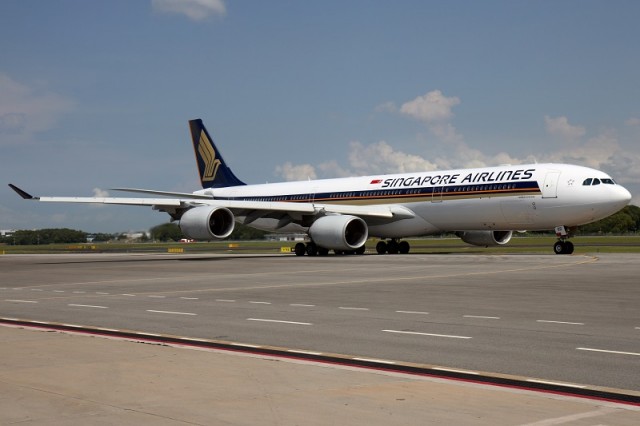 These are unique flights for a number of reasons. They use a rare aircraft, the Airbus A340-500, which is designed for ultra long-haul operations and there are not too many still left in service. The five planes that Singapore currently use are each configured with 100 Business Class seats in a 1-2-1 configuration; no first class, no suites, no economy, no problem.

Unfortunately, these flights are not going to last much longer either. SIN-LAX will be stopped on October 20th and SIN-EWR will cease on November 23rd of this year. Singapore Airlines already has other flights that are connecting the city pairs (although requiring stops) using the much-larger Airbus A380. The A380 out of LAX stops in Narita (NRT) before continuing to to Singapore and the A380 out of the New York area leaves JFK, stops in Frankfurt (FRA) before arriving in SIN.  Although not non-stop, the A380 offers Suites, a bit wider Business Class seats and of course Economy.

Because these flights are going to soon be history, I want to cover the longest flight in a different way versus the other reviews I typically share. I plan to do a live blog during the entire flight from pre-boarding in Singapore to landing in New Jersey using the on-board internet. Of course issues might come up (i.e. the internet doesn’t work), but I will do what I can.

My goal is to try to stay awake during the flight, but I hope that I am forgiven if a take a little nap. Hope you can follow along!

Blessings upon you, may you not have to sit in Coach.

I believe you’re not familiarized with portuguese, but these guys made an article about that flight — well, not exactly the ones you’re taking, but the EWR-SIN one – that is really cool.

if google translate gives you guys a hand, here you have it

How awesome! I can wait to read the live blog!

“For an average person this might not sound too exciting, but for me, I think this is going to be a great weekend and I want to share it in a unique way.”

We get you. Anyone reading here would have just as much fun as you will. Enjoy!

Too true. Once these routes stop, wondering what longest non stops will be? Johannesburg/ New York must be close!

If you fly over Northern Canada on your way back, I’ll try to remember to wave.

Bon voyage, and let’s hope that your neck pillow doesn’t experience blow out with the attempt. Just can’ imagine sitting in any airplane this amount of time, but, let’s see how you fare.

Hey David Parker B.
Bon voyage!waiting for your live coverage!?have a nice flight .
see you in KEWR,USA