Terminal 8 at John F. Kennedy Airport in New York yesterday hosted a special event: the first American Airlines plane with the company’s new livery was in town. The 737-800 is the first American aircraft with the new livery, but a Boeing 777-300 ER, the carriers new flagship aircraft, is being painted right now and we should see it before its maiden flight to Sao Paulo on January 31st.

With members of the media invited, American Airlines talked about the change to their iconic livery, and what it means for the brands future. In general, most people I spoke with like the change, though some were a bit reluctant to accept the new tail design.

After seeing it in person, I am torn over this new livery. I like a the look of the body of the aircraft, but the tail leaves a bit to be desired. There is a lot of detail in the paint on the tail, but most of it is lost at a distance. The engines and winglets also need something to tie it all together.

Check out some close up shots of the new paint below, you might just see some details you didn’t notice before. With a bit more time to process; what do you think about the new livery?

Read some more about this event and AA’s reaction toÂ criticismÂ of the design over at APEX.com. 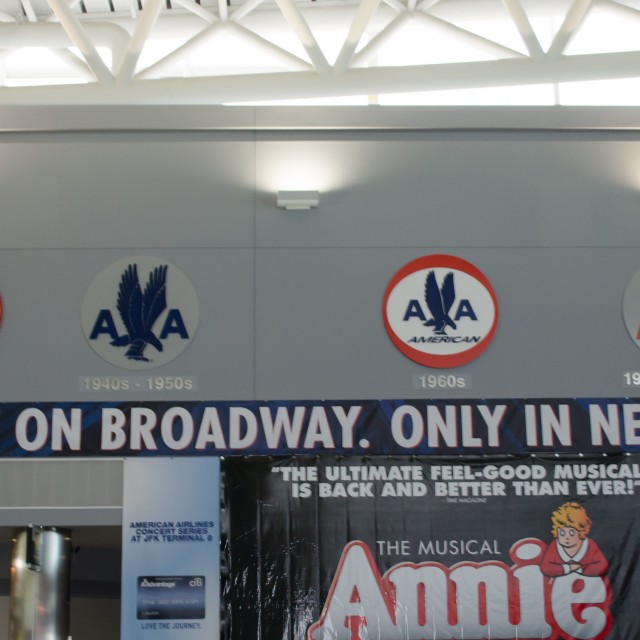 Time to update the AA logo history in T8, JFK. 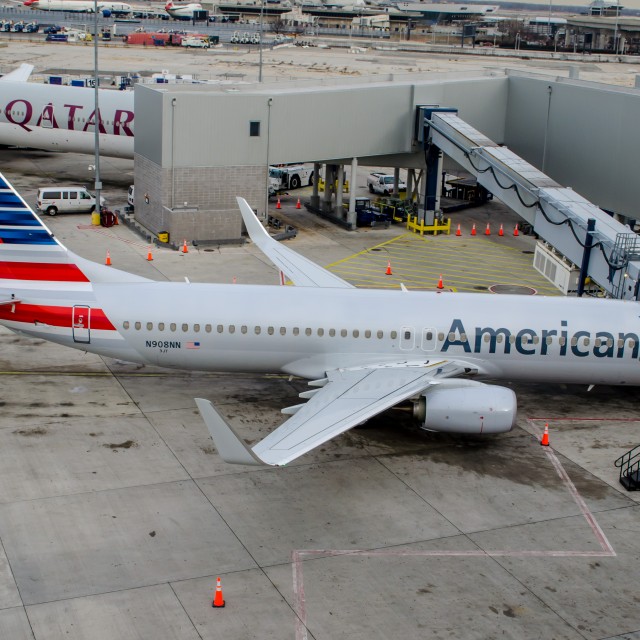 American Airlines 737 featuring the new livery, as seen from above in the operations tower. 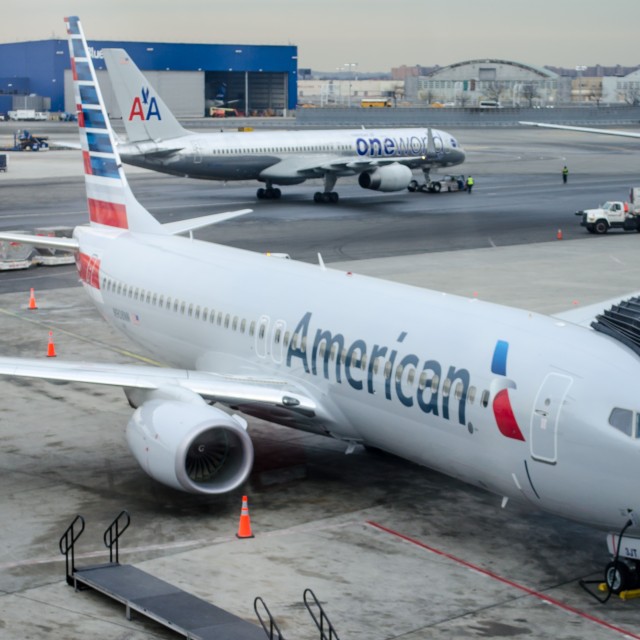 I wonder what the One World livery will look like when it is updated? 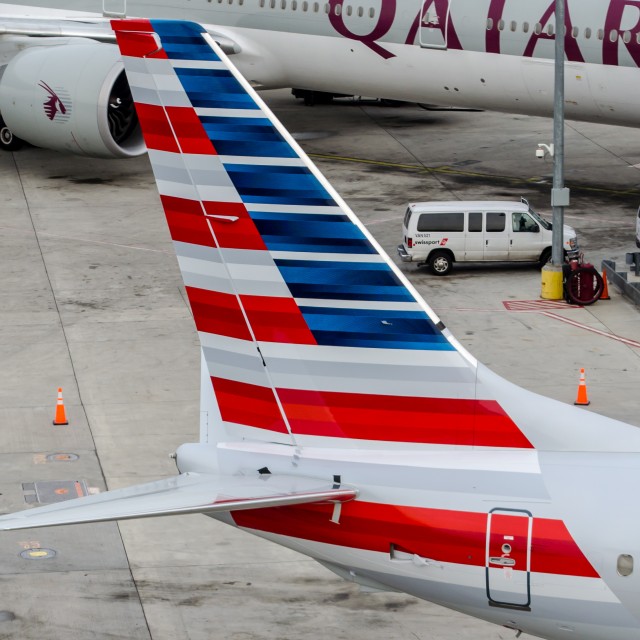 American Airlines 737 tail featuring the new livery, as seen from above in the operations tower. 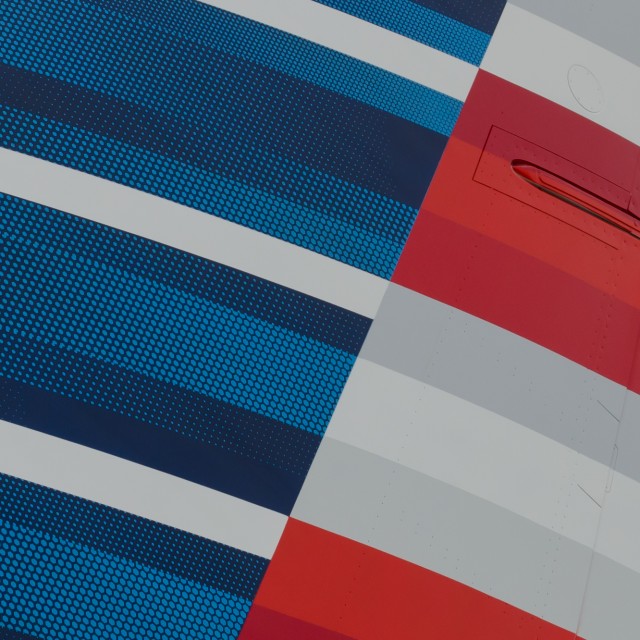 The new American Airlines tail design, close up. Much more detail here than you see from a distance. 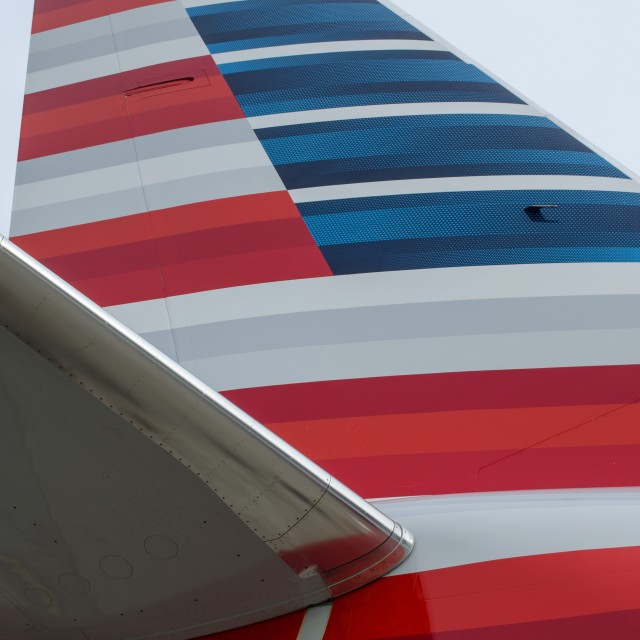 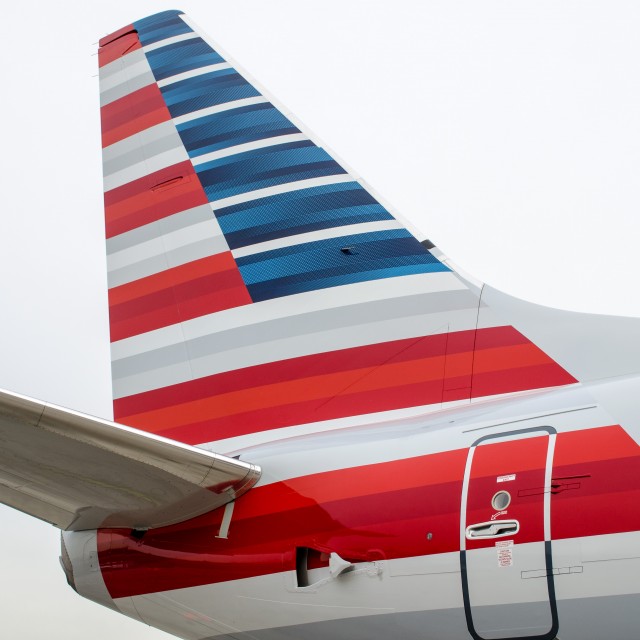 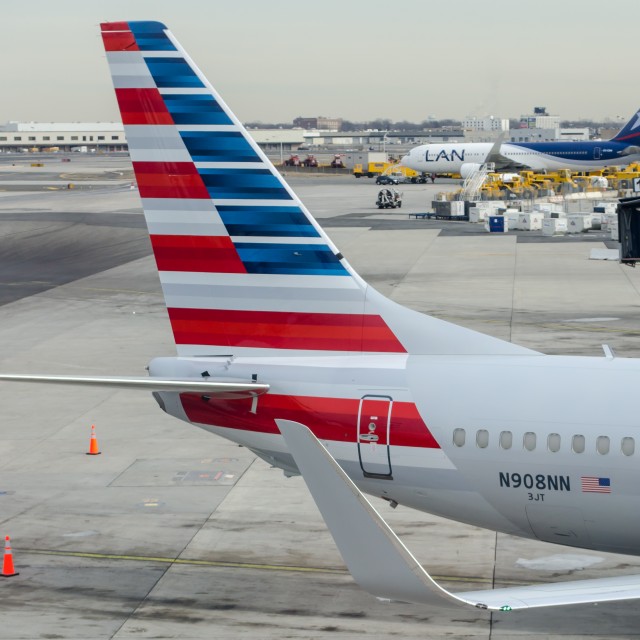 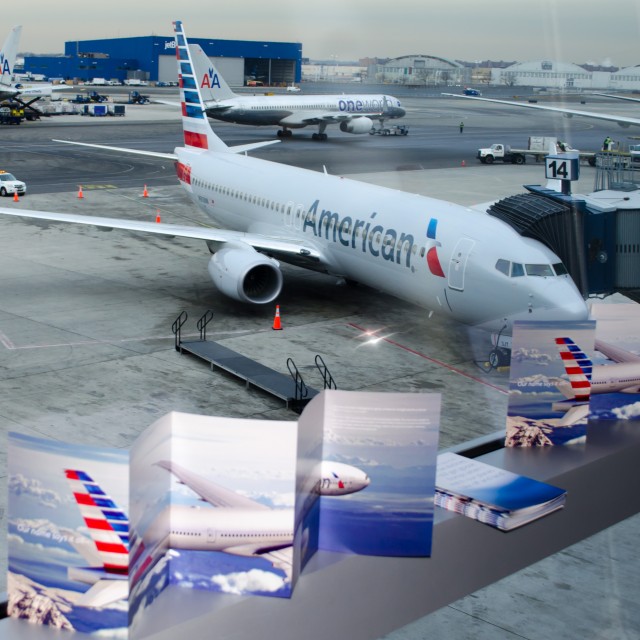 American 737 with the new livery, and a promo poster for the upcoming Boeing 777-300ER 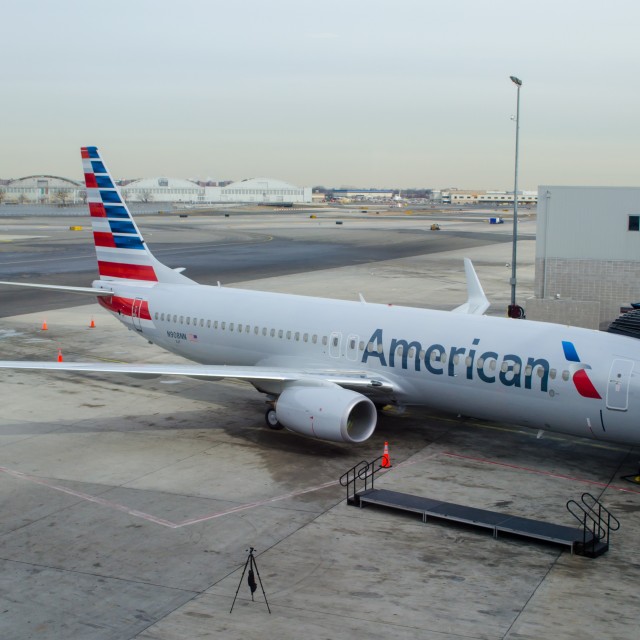 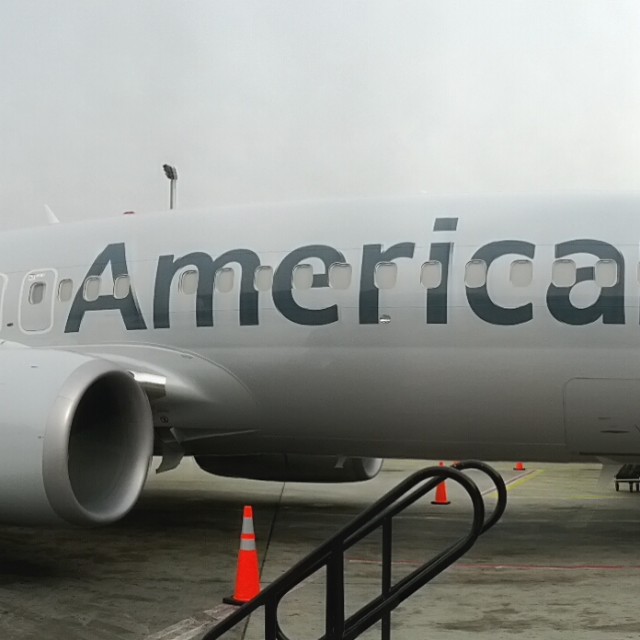 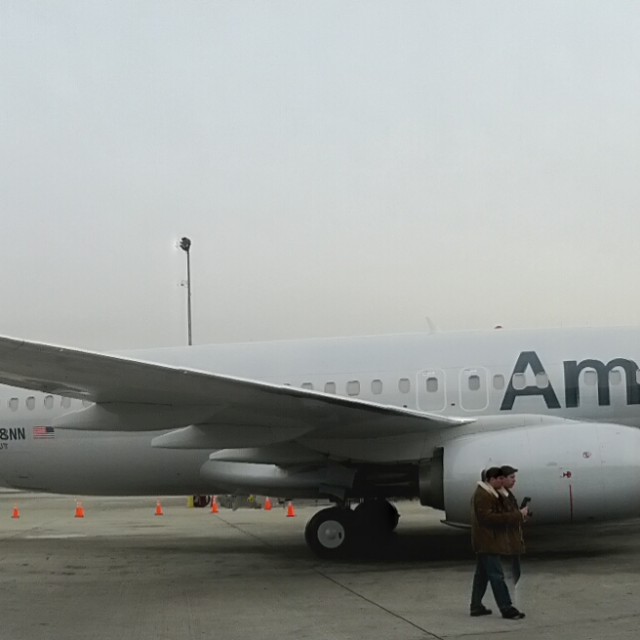 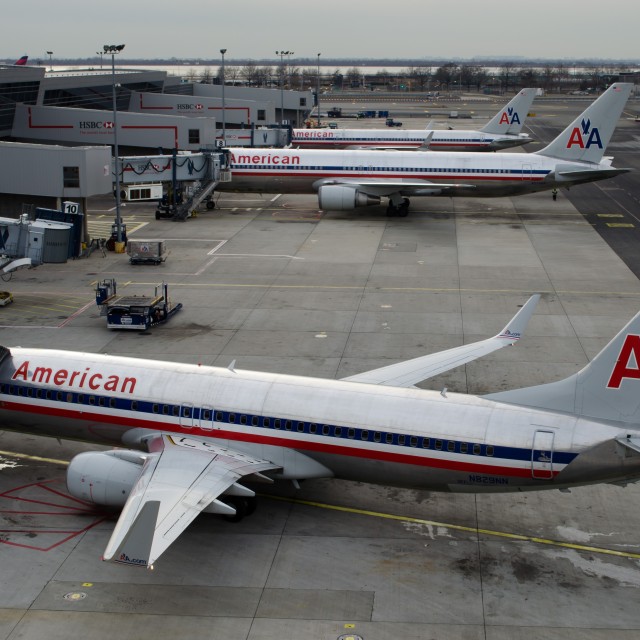 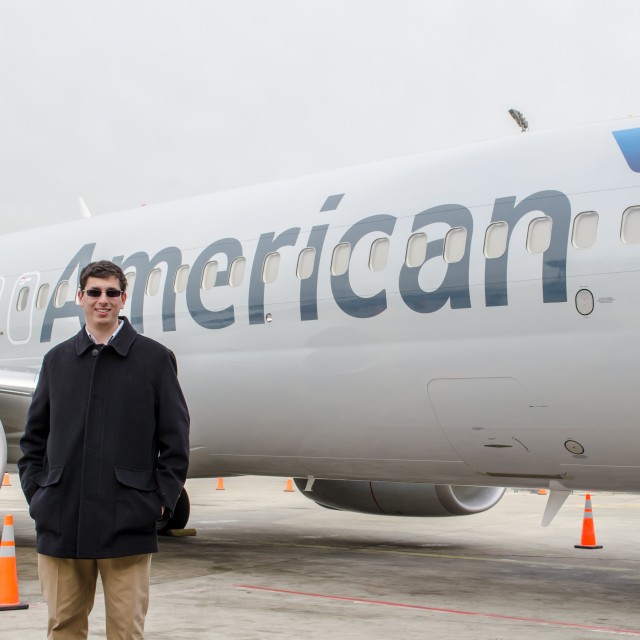 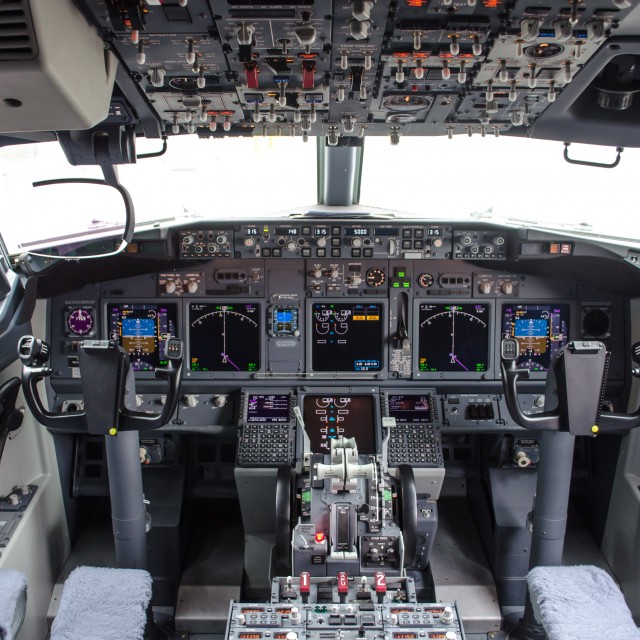 Flight deck of the Boeing 737 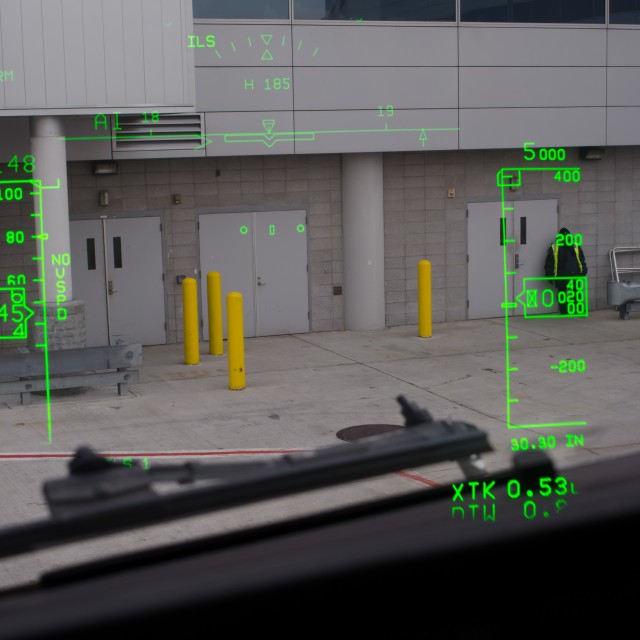 Heads up display on the Boeing 737 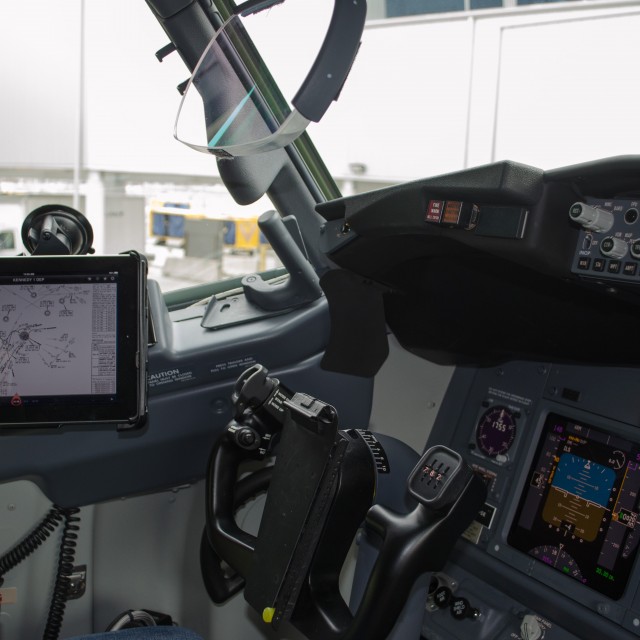 Left seat of the 737, fully stocked with an iPad for the electronic flight bag 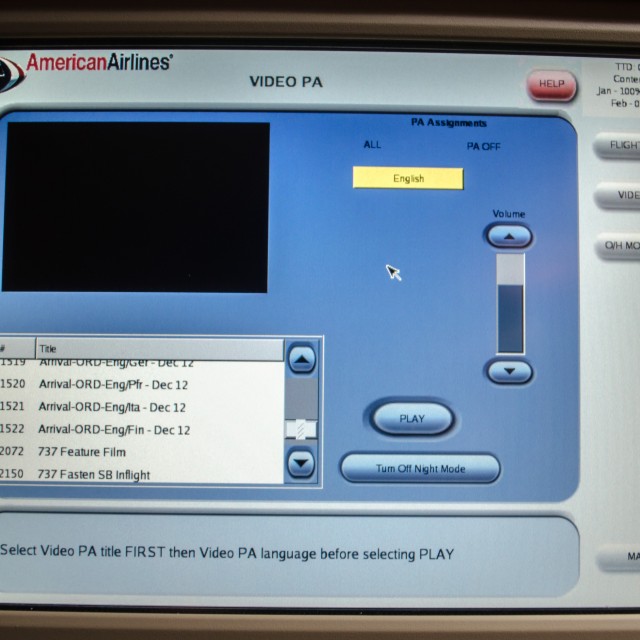 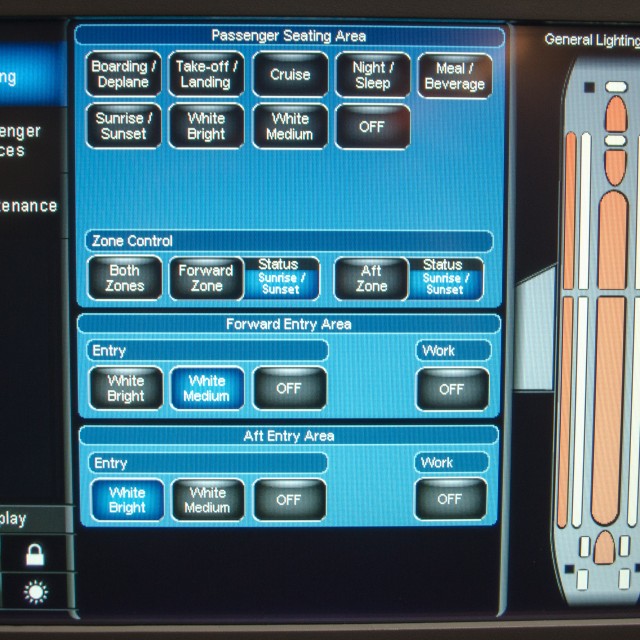 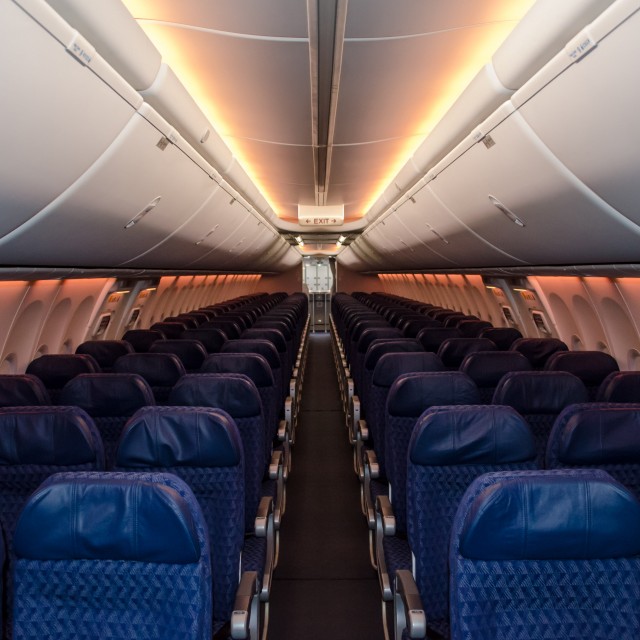 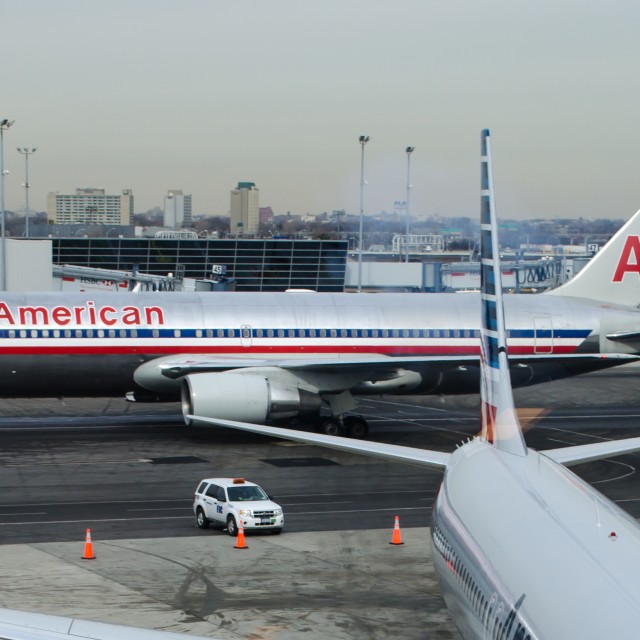 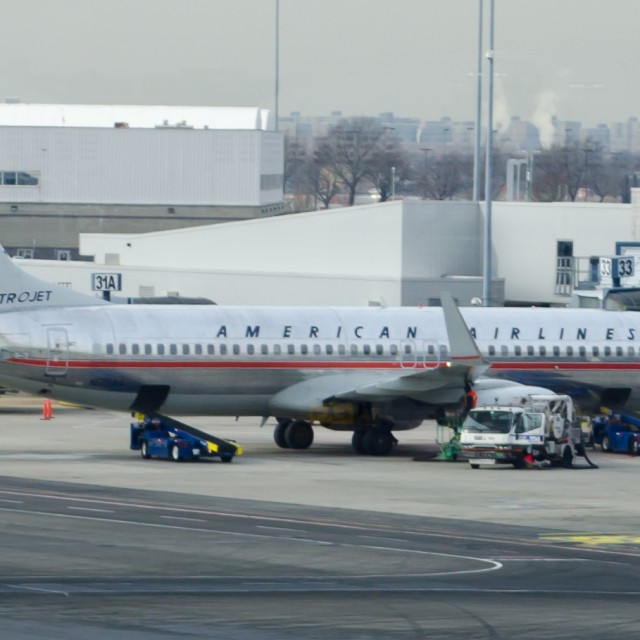 The American Astro Jet showed up!

https://www.airlinereporter.com
JAUNTED- Onboard Concorde: What It Was Like to Fly Mach 2 Over the Atlantic Ocean
Get Your Aviation Geek Fest Tickets — Sold Out
12 Comments

Desperately trying to like the new AA livery, but it’s just too damned hard to like that crap.

Wow, You can see how U.S. Air will fit right in with the flag design.

I do not like it….AA makes a statement…this design looks like a low budget airline logo. Please do not take away the AA!

This looks like a 3 year old thought of it. Its hard to belive someone was actually paid for this.

Not digging that at all…one of the things that always set their jets apart, for me at least, is that shiny metal tube. I work at KBFI and love that the ground is reflected on the bottom as they take off. Oh well, I fly Delta anyways.

I think that should keep a few planes old livery but in my mind their wasting money buying paint for the planes. I understand about the composite material planes e.g. 787 but I just cant get used to the new livery.

As a former American pilot, the aircraft were always all aluminum except for the for the logos. American was innovated from the beginning by deciding not to paint thier aircraft to give it a greater useful load. I forgot the exact numbers, however the weight of just the paint on a triple 7 was over 2,000 lbs. I’m not sure why American would now decide to paint their aircraft with the price of fuel today.

I’m curious to find out what blog system you’re using?
I’m experiencing some small security pproblems with my latest site and I’d like too find something more safeguarded.

Do you have any recommendations?

Greetings from Florida! I’m bored at work so I decided to check out your site on
my iphone during lunch break. I rezlly like the information
you present here and can’t wait to tke a look when I gett home.
I’m surprised aat howw fast your blog loaded onn mmy cell phone ..

Hi there to all, tthe contents existing at this ssite
are genuinely awesome for people knowledge, well, keep up the nic work fellows.