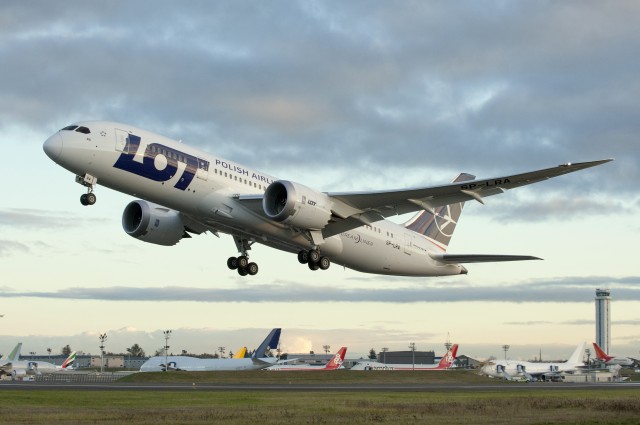 LOT Polish Airlines this month became the first European airline to take delivery of a new Dreamliner, with the first one landing at Warsaw’s Chopin Airport on Nov. 15 after a celebration ceremony at Boeing’s plant in Everett the day before.

Marcin Pirog, CEO of LOT said, “This is a historic moment for LOT. I am convinced that the addition of the Dreamliner to the fleet of one of the world’s oldest airlines is a crucial moment that will launch a new era of European aviation. I believe it is also the beginning of an exciting journey for LOT with the most modern passenger airplane in the world.” 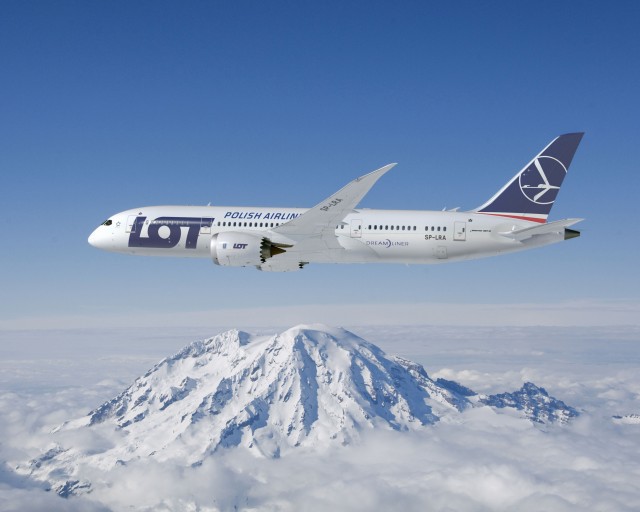 This delivery is the first of eight Dreamliners that LOT has on order. The cabin is configured with 18 Elite Club seats (Business Class), 21 Premium Club seats (Premium Economy) and 213 seats in Economy Class. Rest assured, only top-notch flight attendants and crew will staff the Dreamliners, making the passenger experience, well, a dream.

Want to experience a LOT Dreamliner? The first flight will begin on Dec. 14 from Warsaw to Prague. Flights will operate in the U.S. and Canada to Warsaw beginning Jan. 16 from Chicago, Feb. 1 from Toronto and Feb. 3 from New York City.  Over the next eight months, there are more European cities scheduled for Dreamliner short haul flights including Vienna, Munich, Frankfurt, Hanover, Kiev, Budapest and Brussels.

https://www.airlinereporter.com
Delivering Qatar Airway”s First Boeing 787 Dreamliner — PART 2
Interview with Thomas Lee – The Man Who Took the Inaugural Flights of the first 747-100, 787 and A380
3 Comments

i think LOT will be the shining airline company in Europe. They are ambitious to do it.

Heck yes you need to go through Warsaw James! Let us know how it goes!