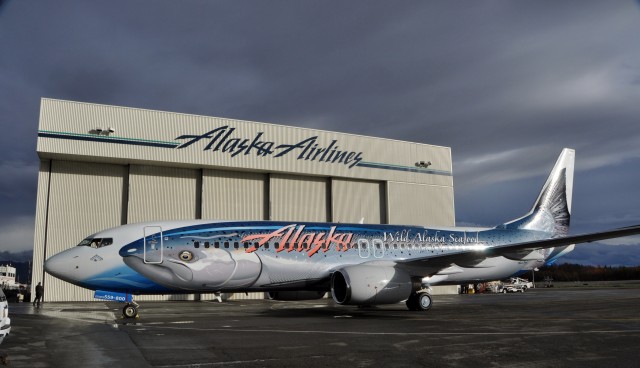 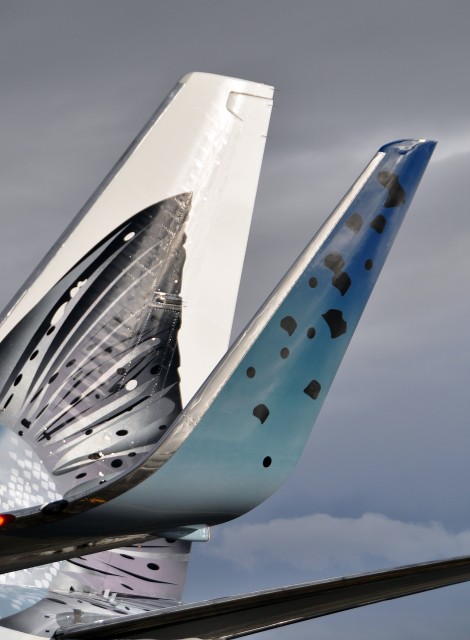 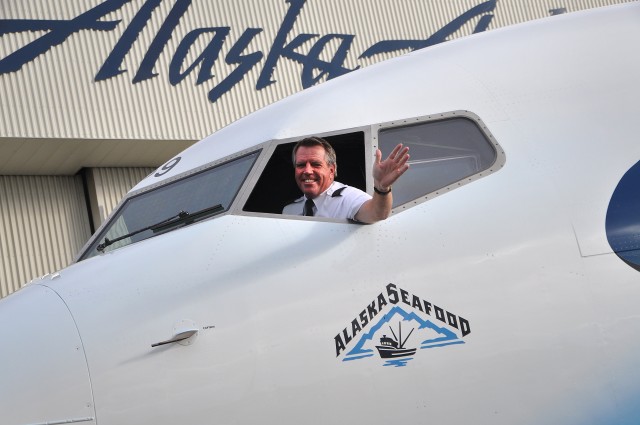 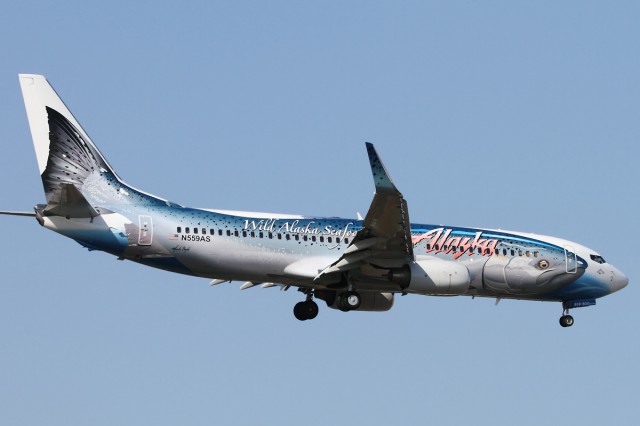 https://www.airlinereporter.com
What are Alaska and Delta Up to In Seattle? You Tell Me.
Delta Air Lines Announces Additional Service Out of Seattle
6 Comments

Easily one of the Top Five liveries I’ve ever seen. Thanks. Video is fun too; I wonder AS could be persuaded to release a longer version. It would be a fun and informative viewiewing experience.

Another great addition to the fleet.

That is so freakin cool! Where does it fly?

So, you landed a big king salmon this summer? It can’t compare to the colossal king Alaska Airlines plans to land this morning in Anchorage. The Seattle-based carrier has painted nearly the full length of a Boeing 737-400 passenger jet as a wild Alaska king, or chinook, salmon. The airline has dubbed its flying fish the “Salmon-Thirty-Salmon.”

It’s a bold promotional move to celebrate wild Alaska seafood and also the carrier’s role in hauling millions of pounds of fresh salmon, halibut, crab, shrimp and other seafood out of the state each year.

The fishy paint job was done on a grand scale, company spokesmen said. A team of 30 painters and airbrush artists used more than 140 gallons of paint and took 24 days to render the lifelike chinook — triple the time normally needed to coat an airliner.

A local nonprofit agency, the Alaska Fisheries Marketing Board, gave Alaska Airlines a $500,000 grant to paint the jet. The money came out of about $29 million in federal funding U.S. Sen. Ted Stevens of Alaska and his congressional colleagues have appropriated to the marketing board, created in 2003, to promote and enhance the value of Alaska seafood. The senator’s son, state Sen. Ben Stevens, is chairman of the agency’s board of directors.

Airbrush artist Chris Coakley, a worker at Goodrich Aerospace in Everett, Wash., paints an Alaska Airlines 737, now called the “Salmon-Thirty-Salmon,” to look like a giant king salmon Friday. A crew of 30 painters spent 24 days on the job.

Based on the website you have your name linked to, I am going to take a wild guess you have an agenda.

I don’t know if you know very much about Marketing. Yes, they spent more money to make the paint job and Alaska will pay more money to fly this paint job around (weight costs money). But look. I wrote a story on it and so did many other people. A normal paint job would not have received that amount of attention.

Look at the bigger picture my friend. Advertising Alaska (state, not airline) seafood, increases purchases, which increases demands for jobs. Not rocket science.