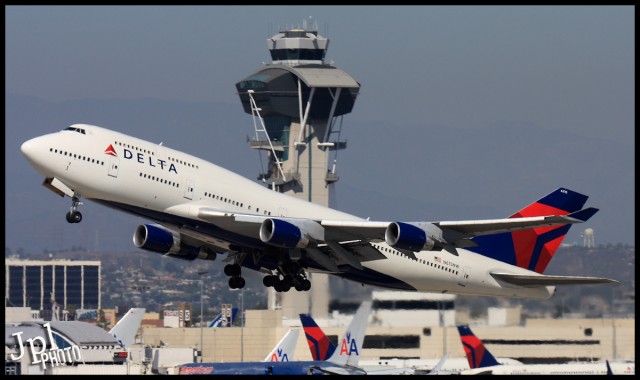 Delta Air Lines is to start Boeing 747-400 service to Seattle next June. Image by Jeremy Dwyer-Lindgren.

Today Delta Air Lines and Alaska Airlines made a joint announcement at Seattle Tacoma International Airport regarding increased service. Some (including myself) were hoping for something a bit more substantial, but more options to/from SEA is always a good thing.

The growth and customer enhancements include (from Delta’s press release):

“Delta’s expansion in Seattle will link this important West Coast city even closer with key markets in Asia, boosting its economy, creating jobs and providing benefits to travelers across the Pacific Northwest region,” said Richard Anderson, Delta’s chief executive. “This kind of international growth is possible only because of our partnership with Alaska, and customers of both our airlines will benefit from this newly strengthened relationship.”

This will be the third and only US airline to operate the Boeing 747-400 out of SEA starting on June 1, 2013. The others are British Airways to London and Eva Airways to Taipei.

The scarebuses cannot exit Boeing territory fast enough! On a regular basis last year up to 68 pax bumped for weight restrictions on the a333 SEA-NRT.

I know that some of us weren’t treated to BIG news on this announcement, but I believe there is more going on than what was announced. It seems to me that the Delta/Alaska relationship has grown very quickly in the last few years, especially since the NW merger. I would like to start a new rumor, which I hope will come true. I beleive Delta, as it announces more and more Pacific destinations, will begin moving out of some of it’s West Coast routes and let Alaska take some of those routes over. That way Alaska can do what they do best (domestic west coast) and Delta do what they do best (trans-pac, international) thus creating a feeder for Delta and more business for Alaska. Money for everyone! (why else would Brad Tilden be at this announcement…)

Unless they are moving their HND slot from DTW, which it sounds like they aren’t, there is absolutely no reason they deserve another HND slot. They promised 744s to HND, and last I checked (which was a while ago), they were running 330s. Not to mention that United has a bigger Asia network, yet they were the only US-Asia carrier that got left out of the HND giveaway.

Seems to me, the friendly partnership is turning pretty competitive- have you notice the sudden increase in the overlapping of routes on some of AS’ west coast routes – yikes for those of us with Alaska!