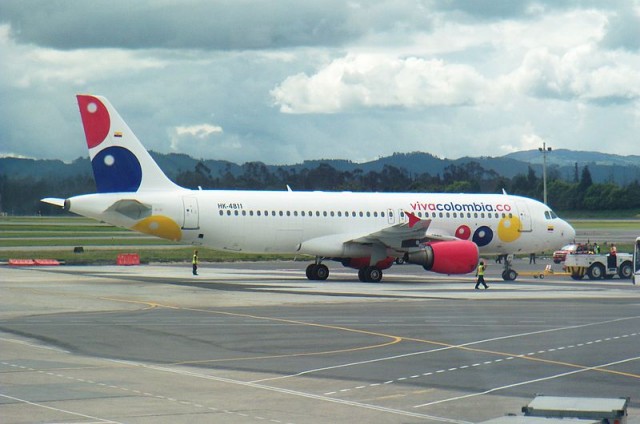 VivaColombia (5Z), according to their website, is “the first and only low-cost airline of Colombia.” They started in May of 2012 and operate a fleet of four Airbus A320s that service nine Colombian destinations.

The livery is simplistic and has different color balls, representing the three colors of the Colombian flag. I think the livery looks okay, but would probably look better on the shorter A319 or A318.

Are they also partly owned by Ryanair like VivaAerobus?

What I was able to find is that they are both partly owned by Irelandia (aka Ryanair peeps) and IAMSA. Then each has other investors.

this livery is sucks

I’m thinking a Bubble Gum dispensing machine that also flies. Given the available space, they could have done a whole lot better. Obviously, creativity is not a string suit for these folks. Score: (0-100 scale) About 11. Let’s move on to something a bit more interesting…

Stole the livery from Wonder bread! 🙂