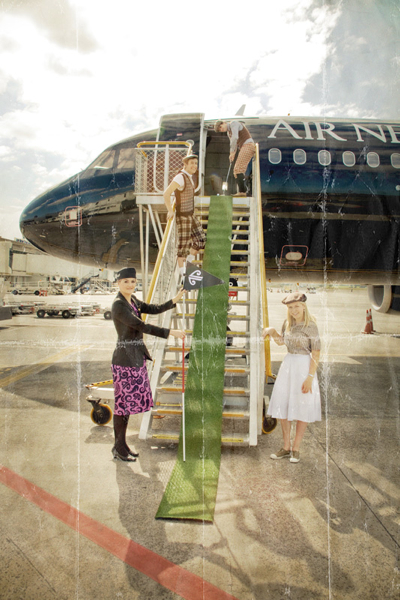 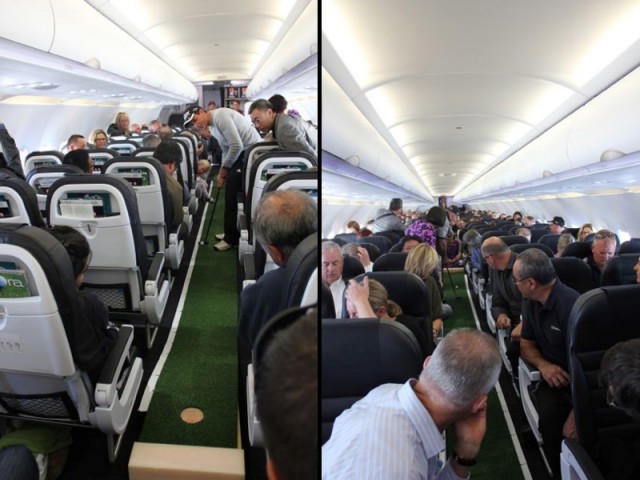 ’œAt Air New Zealand we’re crazy about rugby on the outside of our planes and we’re crazy about golf on the inside,” James Gibson, Air New Zealand’s Head of Sponsorship stated. “This world-first for entertainment onboard is sure to show off some skills and provide a few thrills for passengers traveling on the all black A320 over the next few days.”

https://www.airlinereporter.com
Video: Why the Boeing 747-8 is a Bigger and Better Machine
Follow Along: The Delivery of JAL’s First (and possibly second) Boeing 787 Dreamliner
5 Comments

Oh such fun! Let’s try that putt again, just after V2 and with a 15 degree nose up attitude. If that fails, there is always “Aisle Surfing” on an empty meal tray. (No you did not hear it from me!)

This is cool. Brings a whole new meaning to “Mile High Club”. Get a wide body jet and you can add another hole or two. Fun idea by Air New Zealand.

I guess this is what happens when a marketing budget suffers under the weight of million dollar bonuses to a CEO who delivers a 40% decline in shareholder value.

Instead of throwing a green carpet down the stairs and telling yourselves how “fun spirited” you are, how about treating your customers to a “fun spirited” airbridge. They’ve been quite an innovation since 1959.

Get back to basics and start delivering a return for shareholder value.

Easy Ben… this was a PR stunt and not like they do not have jet bridges or do other things to take care of their customers.