During ANA’s delivery events, media was invited to take a tour of JA802A, the second 787 Dreamliner that will be delivered to ANA. Here are some of the photos: 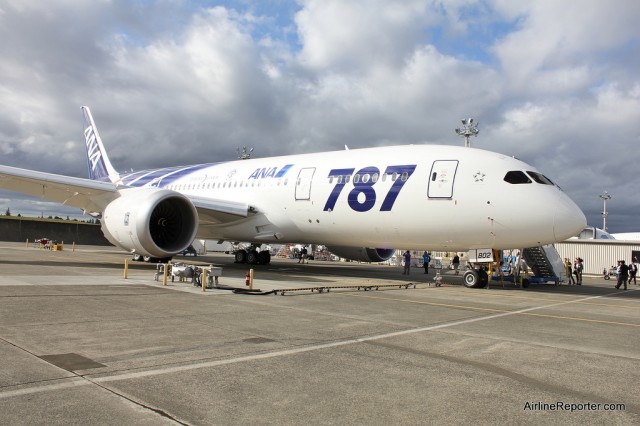 The best seats in the house. This is the cockpit of the 787 with large "glass" screen. Who wants to go for a ride? 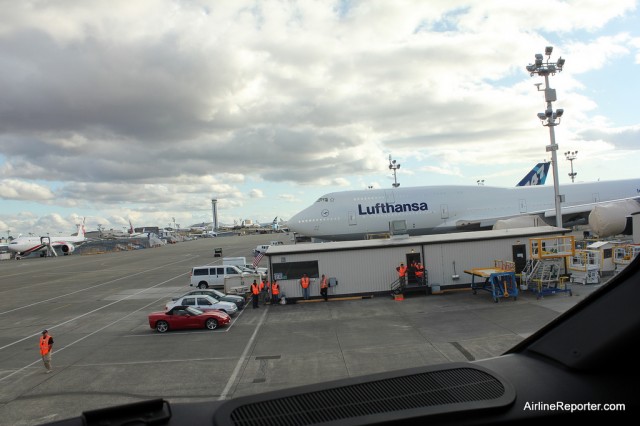 The Boeing flight line from the flight deck window of the 787 Dreamliner. Next door is Lufthansa's first Boeing 747-8 Intercontinental. 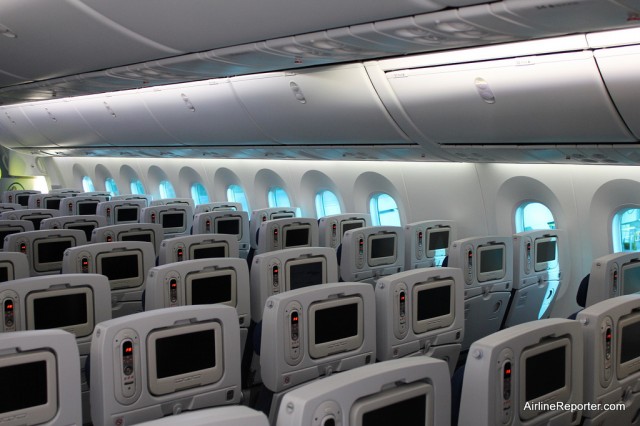 The inside of the Boeing 787 Dreamliner feels roomy and provides a lot of natural light. All the windows were set by the master controls for a partial tint. 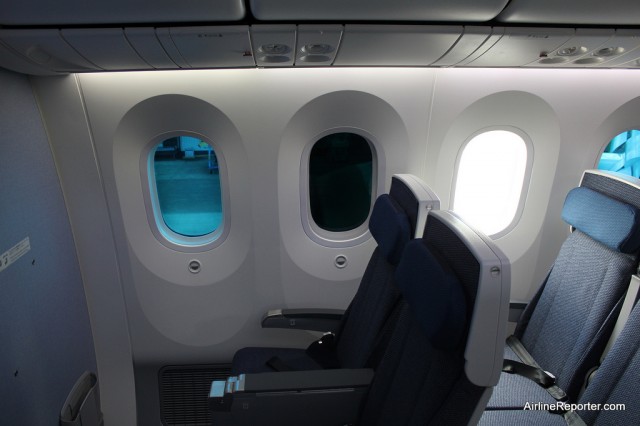 Each window has five different tint settings. These windows show three of the settings. Even with the darkest setting, you can still see outside.

Nice shots, David. These are great! Especially love the window tint feature…that will be awesome to experience.

Is that really all there is to it because that’d be flabbgearsting.

Really the window tint feature is great. Also the legroom is good. Loved it.