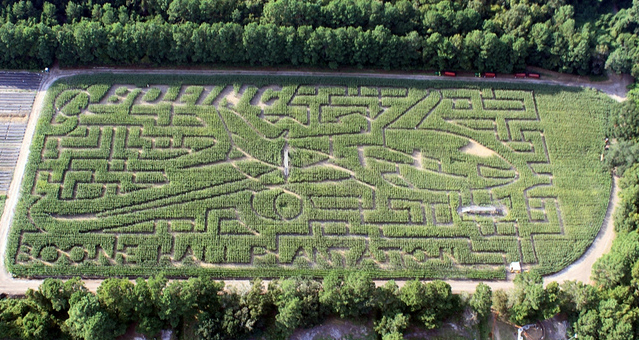 Here is a clearer picture of the 787 Corn Maze in Charleston, SC!