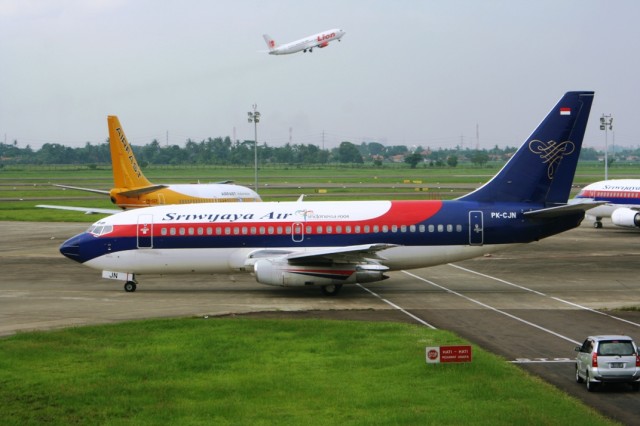 Sriwijaya Air was founded in 2003 and already has 30 aircraft in operation with another 60 on order. Sriwijaya is based out of Soekarno-Hatta International Airport (CGK) in Jakarta, Indonesia.

The livery is a simple white, red and blue with an interesting logo on the tail. According to their website, each of the three colors have special meanings:

White: Clean hearthed employees
Red: The courage and wisdom in solving problems and making decisions of the team
Blue: Passion for traveling to all corners of our beloved archipelago.