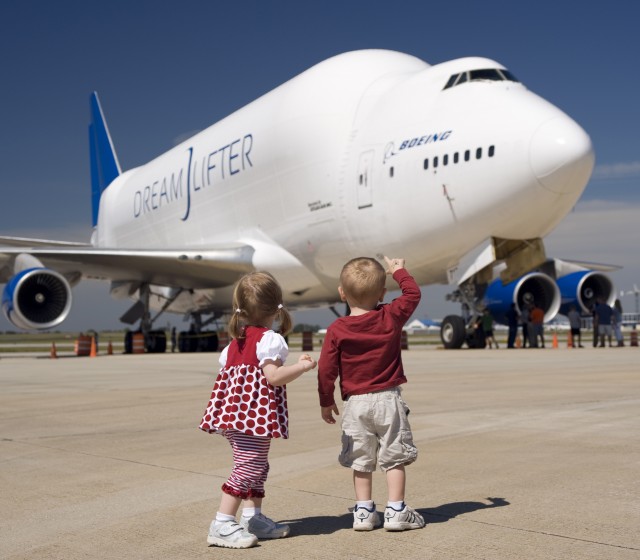 Taken during a 2011 Family Day. Photo by Boeing. Click for larger.

Looking at high-resolution photographs of airlines is always a pleasant experience. Being able to capture people and an emotion is something else with an airliner. I think this photo really captures the essence of the enjoyment of flight. From Boeing’s Flickr page:

Boeing photographer Eric Shindelbower took this photo during a family day at the Boeing Huntsville facility. This image reminds us that aviation remains full of wonder and magic, and it just might be the cutest image we’ve ever released. We hope you agree, and we invite you to tell us what you think and to share this image with others.

http://www.airlinereporter.com
Experience The Boeing 787 Dreamliner at the Museum of Flight on Oct 9th
GoGo Gets Trav Lehrman and a New Advertising Campaign
6 Comments

Should have a caption contest.See,That’s where I want to be when I grow up.

That is one of the best pictures you have posted. It really does say it all. Maybe it’s because it takes us back to when airplanes were magical to us as children. This is just a shot that any aviation parent can relate to and smile. Thank you.

All fussing aside, that is ONE COOL SHOT. Priceless! Thanks.
-C. (Your many writing sins are forgiven, for at least a calendar quarter.)
-C.

Absolutely adorable! Thank-you for this. Obviously family day has a rich and important purpose. I think the caption would be, “Let’s go up there.”