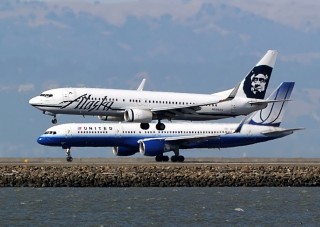 If you read my blog often, you know I try to remind people of the positive side of the airline business (sometimes it is harder than others). Each year airlines receive A LOT of complaints. Some are well deserved, while others are from people who have a warped sense of what is right and wrong.

Occasionally an airline will receive a positive letter and possibly a story of one employee who truly went out of their way. Some might think that letters like these get lost in a sea of other letters, but trust me, they do not. When touring many airline operation centers, they have a special place where they show off the positive letters and cards that they receive. Unfortunately the area is not too large, since not too many are sent. Let’s change that…

YOU CAN MAKE A DIFFERENCE – LET AIRLINES KNOW WHEN THEY ROCK!

Next time you are flying and someone goes out of their way or is obviously passionate about their job, take a few moments to jot down their name and email the airline. Be sure to mention the airport, your flight, their name and any other details. It doesn’t need to be long, just enough to give some kudos. Not only will people at the airline love to hear it, but this could actually help the career of the employee.

Recently, I have experienced two such instances that I made sure to tell the airline about. The first was a United Airlines gate manager in Seattle. I was waiting to take a flight to Chicago and the early morning flight had been cancelled and my aircraft had been changed from an Airbus A320 to an A319 (smaller). This meant there were a lot of people and not enough seats. He did a great job of just being honest with people and keeping a sense of humor during the ordeal. Most people were smiling as the gentleman warmly welcomed them on the flight, even the people who didn’t make the flight seemed happy (they also for $400 on United).

The next was an Alaska Airlines gate agent in Los Angeles. I had a five hour layover and plenty of time to watch her keep her spirits up and welcome each passenger by name on each flight. She was also my gate agent and it is just nice to be welcomed by name on a plane even though I was flying economy.

If you are having difficulty finding who to send it to, it is okay to send it to me (david@airlinereporter.com) and I will make sure it gets to the proper people. Heck, even if you send them to the airline directly, send it to me anyhow, I love hearing positive stories and I might even post a few. If you are a Twitter user, share your stories and use the hashtagÂ #AirlineLove (what the heck does that mean?).

Airlines and employees have to deal with a lot of crap, let’s remind them that there are still people out there who love airlines and see flying as a great experience. The ball is now in your court!

https://www.airlinereporter.com
How are Airlines Policing Their Wi-Fi Connections?
Updated: Airline Livery of the Week: I don’t know — you tell me
11 Comments

When an airline does well I’m sure to let them know via twitter. Not sure many of my experiences are deserving of a letter though. I reserve letters for when things go really wrong or really well.

Alaska Airlines provides freq fliers coupon book to pass out with kudos to employee for great service. I have passed one out this year with 50K of travel. I just flew DL NYC to Madrid and for eight hours the senior flight crew seemed burned out, ambivilent, and bothered to have to serve one drink cart and one dinner. That’s it – for a trans-atlantic flight-had to ask for water. I think most of us recognize individual effort when we see it and comment and post – trip advisor great for this.

\When United does a good job, I make sure to let them know on Twitter, but of late, nothing they are doing is good, so I make sure they know that too.

As a retiree from one of the world’s greatest/biggest airlines, I always tell my friends/family to take names etc., for good and bad service, then contact the airline.

As an airline employee, I do always appreciate a letter from the top. I keep every letter in an folder in my locker and if I remember, I’d be more than happy to forward them to you David.

Are they letters from the airline or from a passenger who forward them?

We get a letter from our boss which is usually “Thanks for taking great care of so and so” and then we get a copy of the original letter.

United is a horrific airline. Having just spent 3 days in Vegas, they lost my luggage on day one, and on my return flight as well, delayed me 3 hours in Vegas, missing my connector in San Fran, ran out of hotel vouchers so I had to pay out of pocket for a hotel, 2 cab rides, meals, and extra day parking in my home airport. And I watched 2 people volunteer to wait 2 extra hours in the morning and receive $400 each. I waited 17 days for a response from customer service and was offered 20% off my next United flight. Ridiculous. I didn’t choose to have my luggage lost twice, or be delayed in San Fran, and I get 20% off a flight. And the worst part is the email where United tells me they value someone choosing to voluntarily wait for another flight more than what happened to me, hence the compensation. On what planet is someone choosing to help an airline worth more than the airline completely shafting me and destroying a vacation? Never again will I fly United.

Let’s go to the harsh side. You really ask me to send a letter, if the big exception happens and an employee is doing what she/he is paid for? Look out of your country and around the world. What you think is worth a letter is normal in the world. I do write sometimes ( seldom ) letters, and this is for service far beyond the normal for this little extraordinary. But with one exception ( Delta ) those letters never got to an airline of the US. The friendliness you expect from a United International First Purser is normally lower, than what you get always at some Asian airlines flying coach.