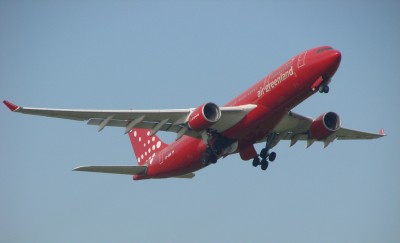 The airline serves the vast land area and remote villages of Greenland as well as providing ambulance and other charter flights. In 2010 Air Greeland flew more than 427,000 passengers.

They used to fly 757s into BWI, from I believe July 2007 to March 2008. Ticket sales were poor, but I loved seeing that red a/c fly in. BWI doesn’t have a real strong international flight lineup, so the GL 757 and the BA 767 were always welcome sights parked at Concourse E.