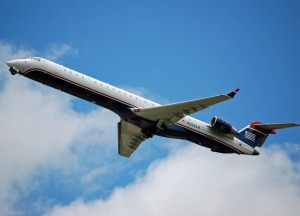 I live in Scottsdale and while I personally haven’t made the drive to Tucson I’ve heard it can be a big bottleneck (hours) if anything goes wrong (i.e., accidents). Of course we know there are never bottlenecks with flying 🙂

If you can reasonable drive 2 hrs from Phoenix then driving makes sense.

Just be glad you were not flying a CRJ-100/200 as I think you are about my height and the floor is higher on those (ie. even lower windows).

There are still Northwest logos on quite a few CRJ-200s in the Delta Connection fleet. I flew US Airways Express for the first time recently and though D was a window when it was an aisle. I think the windows on the -700 and -900 line up though that might be because I’m used to flying ones with a First Class configuration.

DENIED us access to our final destination!!!! The WORST airline ever!!!!! Flew from New orleans to charlotte and was then supposed to continue to cancun. Upon checking into our international flight they were asking for volunteers to give up their seats because they OVER BOOKED the flight. Us having the worst timing ever walked up so they could check our passports at which point US airways employee Debie Novak told us that one of our passports was in unacceptable condition for travel (bent in the bottom left hand corner… not torn, faded, or suspicious looking) and it was her call whether or not to allow us to board the flight and she “would say no”. We’ve been traveling internationally frequently for the last four years, our last trip was in april 2010, and had never previously had ANY problems. She scanned the passport (which was perfectly legible) and said that because one number was coming up as a “z” instead of a 2, she could not allow us to board our flight. We were told that we would have to be re routed back to new orleans and would be issued a full refund (not that our hotel would give us one since we were cancelling with less than 24 notice) and told we would be put on standby. we waited 3 hours for the first flight to n.o. and approached the desk to be told we weren’t put on standby… waited another 2 hours for the next flight to find out they split up our names and only one of us could board that flight… waited another 3 hours to finally board. Tim, the international supervisor at charlotte wrote up an absolutely USELESS report for us to give the hotel saying that the passport was in “unacceptable travel condition and would not scan…. WHICH IT WOULD. The report suggested that the passport was in horrible condition and that we shouldve known better. There is NO ONE to speak with about getting a refund… you have to submit an e-mail and wait for the airway to get back to you at their leisure. They must be the only company in the world that doesn’t have a PERSON TO TALK TO in customer relations which might explain why it’s such a horrible airline. They didn’t offer us any resoultion, not a voucher, not airline miles, couldn’t even put us on standby! Spending the day at the airport I heard complaint after complaint to the special services desk where sat a man who could only offer unhappy travelers shoulder shrugs and unsimpathetic apologies. Over the course of they day I heard four other travelers being denied the flight they purchased tickets for, for one reason or another. I will NEVER fly US airways again and I strongly advise others to avoid their airline at ALL costs.

Over the last 15 years I have had the displeasure of flying US Air, US airways, or as I prefer to call them “Useless Air” several times. It is ALWAYS my last choice and only go with them as a matter of “have to”. I had real hope that they would change when they merged ( were bought) by America West. America West was a class outfit, and I stupidly believed Useless Airways could become a decent airline. It was not to be so. Instead everything good about America West was drug down to the accustomed level of US Airways meaning: bad service, dirty airplanes, inferior airbus equipment, surly attendants, really stupid gate agents, fees for everything, low class first class acommodations, unhappy pilots ( I personally spoke to 4 former America West now Useless pilots), etc etc. Did I mention the ugliest flight attendants on earth? The airline will eventually get you where you were scheduled to fly, but if anything goes wrong like a maintenance issue or the weather- you may well be stranded for a couple of days trying to get a flight out. I speak from the experience of two trips like that. My advice : Only take Usless is you absolutely have to.

I’m really inspired along with your writing abilities and also with the layout to your blog.
Is this a paid subject or did you customize it your self?
Either way keep up the nice high quality writing, it is uncommon to
see a great blog like this one today..