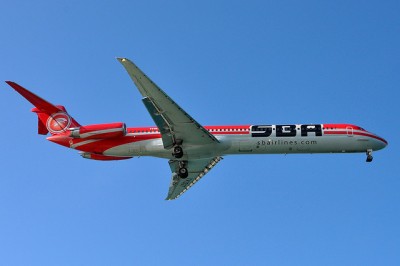 Santa Barbara Airlines (or SBA Airlines) is based in Caracas, Venezuela. It was founded in November 1995 and is based out of the Simón Bolà­var International Airport. They have a fleet of about 20 aircraft ranging from the ATR 42 to the Boeing 767-300ER. They fly mostly in South America, but do have a flight to Miami, Portugal and Spain.

Their current livery fills the aircraft up a bit more than their previous one. They also promote going by “SBA” versus their full name of Santa Barbara Airlines.