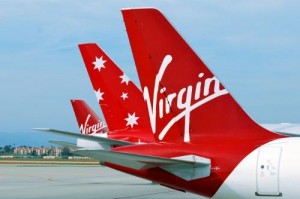 ’œDallas-Fort Worth is one of the largest metropolitan areas in North America and a major center of business with strong ties to California most notably in the financial services, energy and the Silicon Prairie-Silicon Valley high-tech sectors,’ said Virgin America President and CEO David Cush.

These new flights will obviously compete against American Airlines to the same destinations and their dominance at DFW. As Dan Webb in his Things in the Sky blog points out, Virgin America is not the first low-cost carrier to compete on these routes. AirTran tried the DFW to LAX and wasn’t able to make it work. Will Virgin America be able to wow American passengers with their fun atmosphere and superb in-flight entertainment? With Virgin America’s recent order of 40 new aircraft (and 20 more options) they seem pretty confident they will be successful.

Virgin-brand airlines; Virgin Atlantic Airways, Virgin America and V Australia/Virgin Blue have become mileage partners. That means if you fly any of those Virgin brands, you are able to earn and redeem frequent flier miles. As a nice little bonus, if you end up flying on two of the brands before the beginning of the year, you can actually win a trip to Sir Richard Branson’s private island.

Aircraft orders aren’t always indicative of impending success. There was this little airline called Skybus that ordered 65 airbus aircraft. They didn’t even make it a year. Granted, I don’t expect Virgin American to fold anytime soon, but I do wonder when they’ll actually turn a profit.

Good point. That is why I put it in the terms they feel confident enough to order the planes. Looking at their product I am very confident, but looking at the numbers I am a little iffy. If they can continue to provide a high-end product, while staying competitive in the pricing and make money, they will go very far!