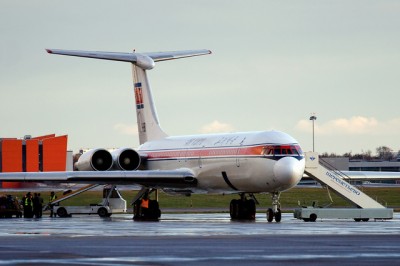 Air Koryo was founded in 1954 and is based out of the Sunan International Airport in North Korea. It is fully government owned. Since North Korea is not a lot of people’s friends around the world, they fleet is a bit aged. They have  IL-62’s, Tu-154’s, Tu-204’s, Tu-134 and a few others. They are currently in the process of trying to modernize their fleet with additional Russian-built aircraft (and doing better than Aeroflot). Air Koryo’s TU-204 was the first one  to be exported out of Russia.

Their livery looks just like you would expect a communist government-run livery to look. Drab with gray and of course red. Even though simplistic, I can’t help by love a Russian built aircraft with classic communist-looking livery on it.

Thanks Matthew D for this livery idea!

Thanks David !
great shot of the aircraft and livery, makes it look almost like something from Thunderbirds !
Love reading your blog and look forward to more!
Cheers,