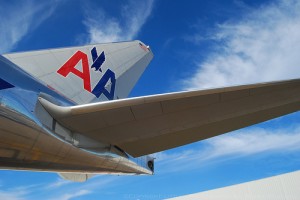 Tail of an American Airlines Boeing 777

With so many fees coming from airlines, it is difficult for one to catch my eye anymore. I have come acustomed to them and realize they won’t be going anywhere anytime soon.

Now, American Airlines will start charging passengers to fly stand-by. Previously if a passenger got to the airport early and there was another flight leaving, they could catch the earlier flight for no additional charge.

That model makes sense. You already paid to fly on the exact route, there is an empty seat on the flight before yours, why shouldn’t you be able to cut down on your travel time a little bit?

Any ticket bought after February 21st, passengers will have to pay an additional $50 to fly stand-by.Â However, American Airlines states this is more than just making some extra money.

“You get one of those Friday afternoon scenarios when you have more than 100 people standing by for a flight out of a business market.It really does become chaotic getting everyone processed. You have to process each and every one of these people individually. Those who donâ€™t make it, then you have to roll them over onto the next flight and start it all over again,” Tim Smith, American Spokesperson said.

Smith states that getting a lot of people on an earlier flight, can delay flights. He stated that “Premium” (Executive Platinum, Platinum and Gold members of the AAdvantage frequent-flier program and passengers flying business or first class) passengers and their guests won’t have to pay anything additional. He also admits this is not just to cut down on rare stand-by related delays, but to make additional revenue for the airlines.

The additional $50 ticket-change charge has been around American since 2005 and flying stand-by has always sort of circumvented the fee. Are passengers going to pay this new fee? If history shows us anything, yes they will. Will it be worth $50 to get home a few hours earlier? Probably depends on the situation and if the airport has a good bar.

Ridiculous. The argument is for “Friday afternoon scenarios…out of a business market” yet the business folk are mostly unaffected due to their FF status. In other words, the regular folk get to pay the cost. I’ll have to pay to wait and am not guaranteed a seat on the next flight? AA should wave the fee for those not making the earlier flight and catching their regular flight. Not a good way to build loyalty.

Not friendly at all to business travelers that arent at a hub. I travel a few times a month for business. About 30% of those my meetings get over to allow me to catch an earlier flight. I wont be looking to hard at AA flights b/c of this.