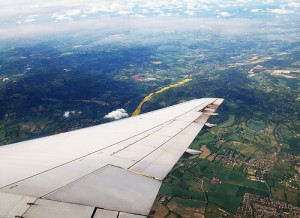 Some people just can’t handle themselves on a flight.  Back in October, James McLaughlan was on a special tour group flight from Glasgow to Turkey when he told his seatmate, “It’s going to crash. We’ll all be dead.” Normally not the quality conversation one hopes to have with the person sitting next to them. When the flight crew tried to calm him down, he became more angry. It got to the point that the captain felt he was a danger to the plane and the 190 passengers. The flight was diverted  to Scotland and when it arrived McLaughlan was so drunk he had to be physically taken off the plane to awaiting police.

The tour group, XL Leisure Group, who was the tour operator, is looking to recover the costs it incurred, about $66,000. All the passengers missed their first day of the trip and XL Leisure Group had to pay for airport charges, fuel, and hotel fees.

I say good for the XL Leisure Group! This man’s irresponsible actions not only cost the tour group a lot of money, but he also disrupted the other’s vacation. Problem is, it is unlikely McLaughlan has $66,000 just sitting around.

Just this week, another unruly passenger was kicked off a US Airways flight from Philadelphia to London. The passenger had an injured arm and his splint was blocking the aisle. When asked if he could move, he stood up and became belligerent and demanded to be taken back to Philadelphia. Instead the pilot diverted to Boson where police where there waiting to arrest him. There are no plans to collect money from him, although it might be something airlines should start considering.