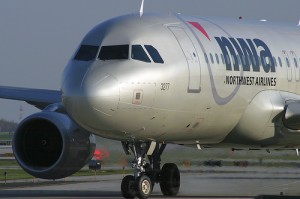 UPDATE 4:33pm:
Airline Biz Blog is reporting that Delta Air Lines (parent of Northwest Airlines) is stating the pilots will lose their jobs.  The airline’s policy states that using laptops while in flight will lead to a pilot’s termination. Delta CEO Richard Anderson said: “Nothing is more important to Delta than safety. We are going to continue to cooperate fully with the NTSB and the FAA in their investigations.”

Maybe having wireless aboard planes isn’t such a good idea…

I am going to disagree with Jennywa. I don’t think it’s the wireless to blame. These pilots simply made a mistake and they will have to pay the consequences. I feel that since no one was hurt, they should be allowed to keep their jobs, yet be punished in a different manner.

and rightfully so. in a career that comes inherent with responsibilities such that of a pilot, there is absolutely no room for rubbish. i mean laptops?? c’mon

They were having sex!