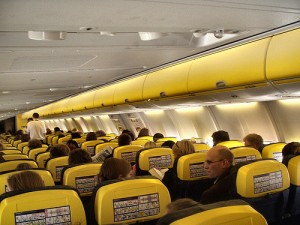 Well, whether or not people feel cheated or O’Leary is a bully, enough people will keep supporting RyanAir that changes will never happen. If you have a complaint, oh well! They don’t need your business!

Complain? Good luck! You can’t email. You have to pay per minute to talk to someone on the phone. You can mail them something and if you get a reply, there normally is a 30-day turn around time. Flying on Ryanair is like a gamble. Sometimes you win and sometimes you lose. Normally they just win. But it works for them, they are still in business.

1.1 Million tickets is a lot of tickets. Aren’t they going to lose a lot of money by this little stunt?

to temo’s comment, they are going to lose money anyway, either now or later, might as well then experiment to see if they can stumbleupon a way (some sort of a promo) to make a bit of that loss back. this is a dying industry – it is hard to imagine anything possibly saving any of these airlines…