Knowing youâ€™re in good hands is more than an insurance company slogan, it is a daily practice for the talented men and women who fly millions of people safely around the globe on a daily basis. So instead of complaining about the legroom or snack selections on board, please take a minute and and thank your pilots (hey, don’t forget the flight attendants too).

Less than 24 hours after the engine explosion that killed one person on Southwest Airlines flight 1380, I boarded an airplane with my two children for an international flight back home. The kiddos (11 and 8) heard a little news about the incident, but I intentionally did not give them all the details so they wouldnâ€™t get worried as we had two flights with a combined eight hours in the air that day.

Being the former TV news reporter, itâ€™s habit to ask him lots of questions – which planes heâ€™s flown, Airbus or Boeing, and what one is his favorite. The thing that stuck out about the chat was his mentioning flying a KC-10 refueling tanker for the Air Force. 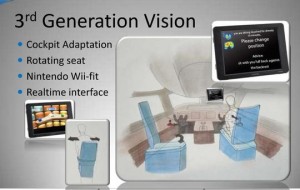 Will the future cockpit have a Nintendo Wii?

With recent stories of pilots being distracted while flying, one might think a Nintendo Wii is a bad idea to have in the cockpit. However we aren’t talking about playing Mario, it is for the health of the pilots. Most airliners are designed for the comfort of the passengers, but don’t think of the pilots. Each year airlines lose productivity and money due to pilots taking time off the job from back injuries. Graduate student, Nicoline van der Vaart, took a look at what future cockpits might look like to increase pilot comfort and reduce airline costs.

The concept is not just about improved seats, but also improved habits of pilots. Some of the suggestions are:
* Have personal sitting instruction
* Reference book with information and exercises
* Let pilots know about fitness opportunities at destination hotel
* Have a back review for pilots every six months

Van der Vaart looks at the present, 2nd generation and possible 3rd generation of cockpit comfort. The next step is to provide pilots with a better seat and instructions given above. The 3rd generation gets into some pretty cool stuff (ie: Nintendo Wii). In the future they will have super comfortable seats that will be able to be customized. The cockpit will remind pilots to change position and Nintendo Wii-Fit programs will keep the pilots active during long flight.

So next time you think you are in a cramped seat for a few hour flight, think of the pilots who are up front all day long. Hopefully in the future, pilots will have more comfort, less injuries and airlines will have lower costs and happier employees. 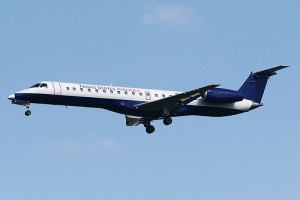 Today, there is an anonymous reporting system, where pilots can report safety lapsesÂ  to the FAA. This allows the FAA to record statistics and help to fix future issues. Â There is a fear that there one filesÂ  a report, then the airline or the FAA will want to listen to the conversations and pilots would be much less likely to report such safety issues. 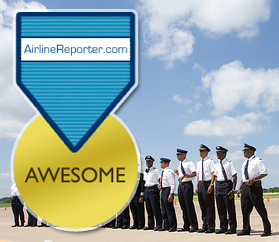 On any given day in the United States there are about 87,000 flights. About 30,000 of which are commercial airline flights. Â Those are a lot of flights flown by professional pilots who safely get their passengers, cargo, and themselves to their destination safely each and everyday.