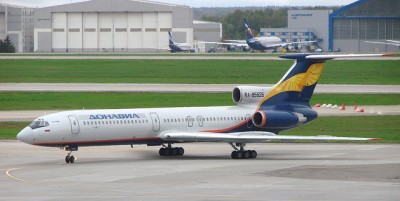 If you look at Donavia Airlines livery it might look a bit like Aeroflot’s. There is good reason, the airline is 100% owned by Aeroflot. 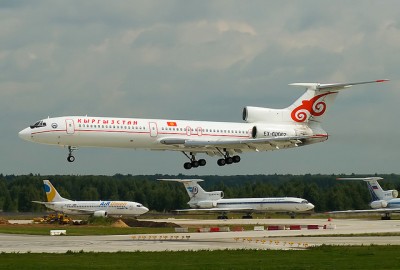 If you like old school liveries on old-time Russian birds, do I have an airline for you! Kyrgyzstan Airlines has a great combination of a bunch of different aircraft types and different liveries.

The airline is based in Bishkek, Krygyzstan and offers service to Russia, China, Tajikistan UAE, India, Pakistan and Uzbekistan.

Their English version of the website doesn’t seem to be working and I can’t find too much information why there are so many livery types for an airline that has only been around since 2001. I am assuming they are liveries of previous airlines they purchased their aircraft from.

I kind of prefer the blue tail the best, but it looks to be an older style livery. Here are just some of the more interesting combinations I found:

Blog Image: Osdu
LIVERY OF THE WEEK: Balkan Holidays Airlines
Balkan Holidays Airline (or BH Air) is a special charter airline for Balkan Holidays that provides special tours. to Bulgaria, Croatia, Slovenia, Montenegro, Serbia and Romania. The tour company has been around since 1966, but the airline was created more rently in 2002. The airline flies chartered flights to the UK, Scandinavia, Germany, Israel, Switzerland, and others.
The charter airline started with one lone Tuplov TU-154, but today they have four aircraft, all Airbus 320’s. http://en.wikipedia.org/wiki/File:Bh_air_a320-200_lz-bhd_takes_off_at_manchester_arp.jpg
Image: Bonedome 33 http://www.flickr.com/photos/bonedome/2349768069/ 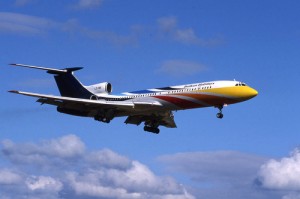 Balkan Holidays Airline (or BH Air) is a special charter airline for Balkan Holidays that provides special tours. to Bulgaria, Croatia, Slovenia, Montenegro, Serbia and Romania. The tour company has been around since 1966, but the airline was created more recently in 2002. The airline flies chartered flights to the UK, Scandinavia, Germany, Israel, Switzerland, and others.

The charter airline started with one lone Tupolev TU-154, but today they have four aircraft, all Airbus 320’s.