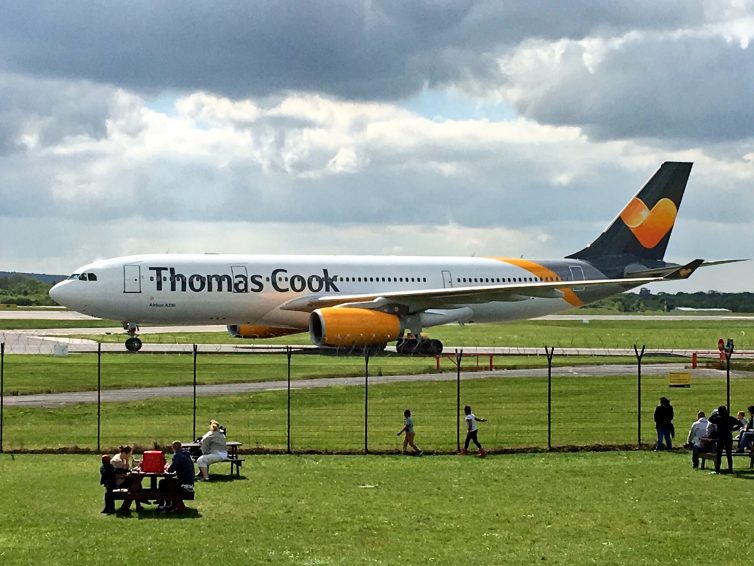 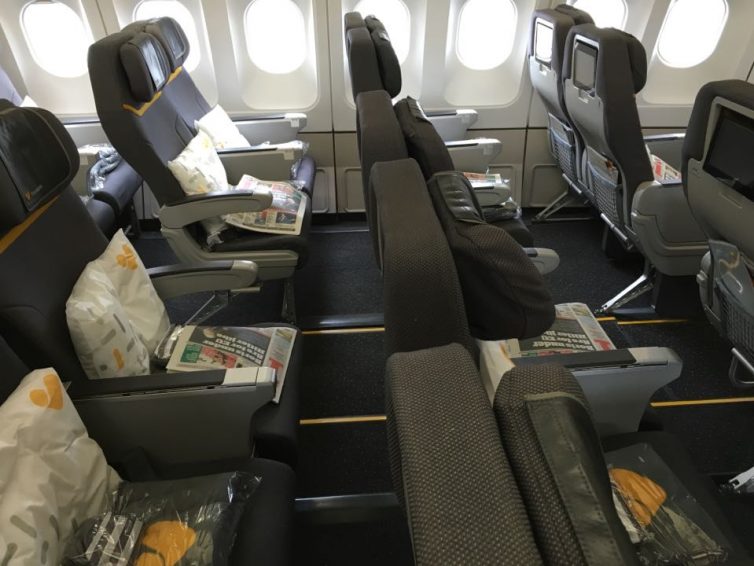 You hear the stories of a doctor or law enforcement officer on a flight stepping forward to help out on a plane, but this time an engineer had his day in the spotlight.

Passengers on Thomas Cook flight TCX9641 from Menorca, SpainÂ  were told their flight would be delayed eight hours while an engineer was flown in to work on the plane. One passenger felt he might be of service and identified himself as a qualified aircraft engineer. After careful scrutiny, it was determined the man was highly qualified to work on the Boeing 757-200, as he actually works for a company that has a reciprocal maintenance agreement with Thomas Cook.

The man was able to determine the issue and fix it rather quickly. When re-boarding the aircraft,Â  he was greeted with a big round of applause. The flight was able to take off and arrive only 35 minutes late to Glasglow, UK.

Thanks Dr. Forbes for the Tip!

Recently a Thomas Cook flight from Majorca to Newcastle asked its passengers to change seats to help balance out the flight. This didn’t disturb the passengers as much as why they were asked.Â

The rear cargo door was jammed and bags could only be placed in the front cargo hold. Additionally while waiting to board their flight, passengers could overhear the de-boarding passengers talking how that they just experienced one of the worst flights ever.Â

Seventy-oneÂ of booked passengers didn’t want to press their luck and decided to find other options. Dave Charlton, one of the 71 talked about the passengers who de-boarded before he was supposed to get on, “People were kissing the ground and putting their hands together like they were praying. When people are getting off the plane saying ‘Donâ€™t get onâ€™ and weâ€™d been told there was a fault with [the airplane], there was no way we would get on.”Â

An airline spokes person stated, “It is standard for all airlines to ensure cargo and passengers are evenly distributed on an aircraft and there will be times when passengers will be asked to move to the front or back of a plane. This is a routine procedure and poses no safety issue. We are disappointed that despite reassurances from the captain and crew, several passengers decided not to travel.â€Â

Although the distribution of weight is a standard and normal procedure (I have been asked to do so on more than one flight), having a jammed door and fearful passengers is not quite normal procedure. There has been more than one flight that has dealt with cargo door issues with negative outcomes. Currently the airline is not providing any compensation and still treating the situation as the passengers are only upset they were asked to change seats.