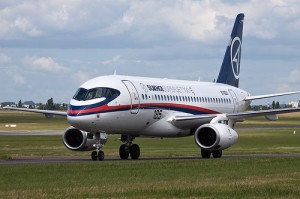 Recently Sukhoi announced they hoped to start delivering the Superjet 100 to airlines by mid-year. Now they are saying it won’t be until the end of this year. ’œThe first planes should arrive at the end of 2010,’ Deputy Transportation Minister Valery Okulov said without elaborating. Previous reports show delays are from the engines issues.