I had the entire 14th row to myself, and rows 13 and 15 were totally empty. I felt like a king sitting in economy, which doesn’t happen too often. Though I had ample space, there were some disadvantages to sitting in the back of the plane was the in-flight entertainment system. Business Class passengers got their own in-seat entertainment system, but it is all about sharing in the rear.Â After we took off and leveled out, the movie Cedar Rapids started playing, but I opted for a nap instead. I knew I wouldn’t have too much time to sleep since we were racing against the sun. Even though we took off at about 5:30pm, we were going to land in Iceland after it would be dark a little under seven hours later. 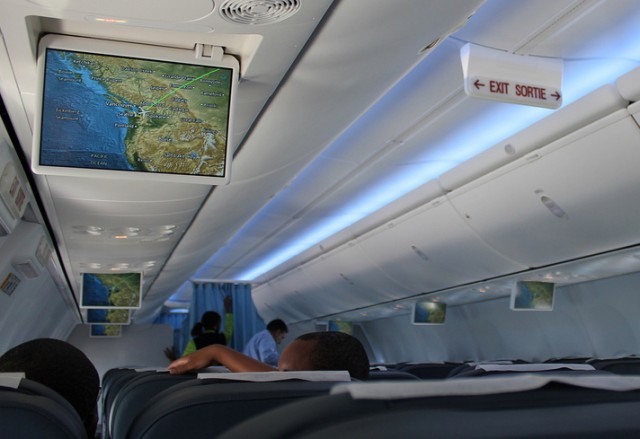 Even with an entire row to myself, it still was not easy getting comfortable as a 6’1″, 250lb person. Still, I managed to sleep a few hours lying down and a few hours while sitting up. Â When I awoke, it was time to eat our first meal. Before the flight, food service was loaded onto the aircraft, and I was looking forward to (eh, more afraid of) what it might be. Â Fortunately, the food was better than your standard economy fare, consisting of a decent steak and shrimp.

At first, the service on the flight was a bit strange. Although there were only about 30 people on the aircraft, the flight attendants provided separate levels of service for business versus economy. I have been on a few VIP flights with a smaller number of passengers and service was the same in the front and back. At the start of this trip, the front got hot towels, champagne and first class service. Not that we were hurting in the back, but I wanted Â my hot towels and extra drinks (how spoiled I have become). It turns out the cabin crew just never thought about it was initiating the standard level of service they regularly complete. From Iceland on, the divider curtain was not shut and everyone received the same high level of service. 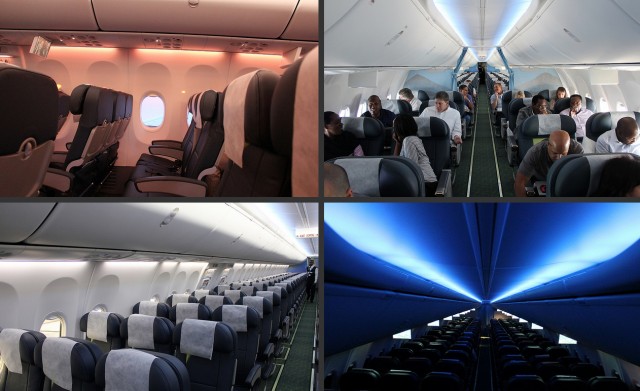 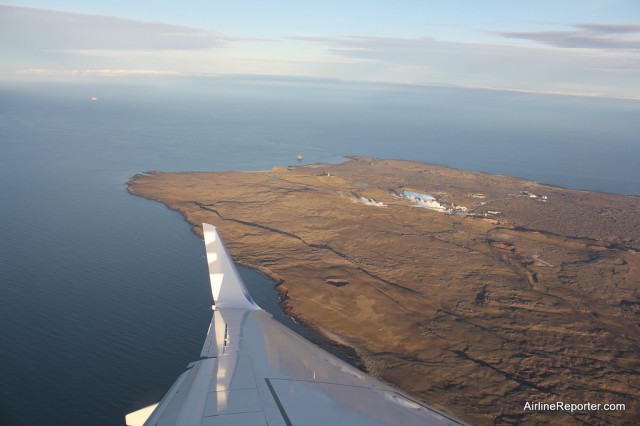 When finally breaking through the clouds outside of Iceland, I assumed it was going to be a while until we hit the airport since there was nothing but land in sight. Sure enough, the airportÂ wasÂ in the middle of nowhere.Â When landing, I was hoping for some pretty heavy cross wind normally found at the airport, but on thisÂ  cold morning there were only a few gusts. The airport is great if you love Icelandair Boeing 757s, since there were quite a few. We ended up parking next to the cargo loading area and waited to be fueled. We were allowed to leave the plane and hang out on the tarmac and even though it was nippy, I opted to spend almost the whole time out there. 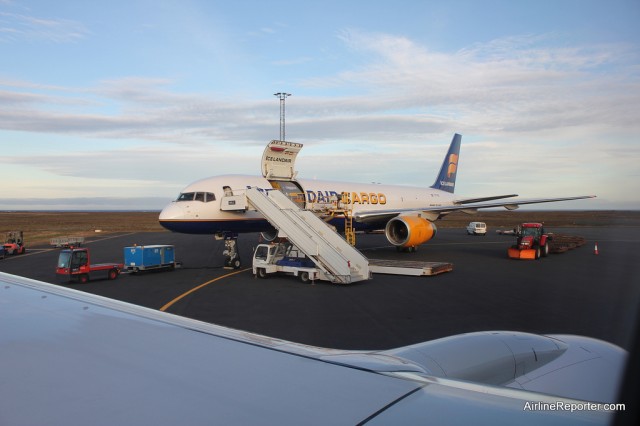 We were supposed to land at AtatÃ¼rk International Airport (IST), but our late arrival meant, there were not any slots available during our new landing time. We landed instead at the much smaller Sabiha GÃ¶kÃ§en International Airport (SAW), which operates low cost carriers like Pegasus Airlines. This wasn’t a bad thing, since it allowed us to deplane on the tarmac, giving better photo opportunities.

After clearing through customs, we had a van waiting to take us to Divan Hotel. It was about 8pm local time when we arrived, but I knew I did not just want to eat and go to sleep. First things first; it was time to take a nice longÂ  cool shower and then prepare for a night-time adventure. 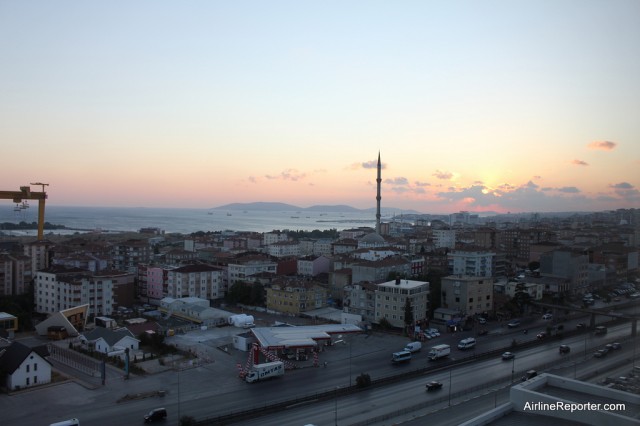 After talking about airplanes, it was time to relax and have some local Efes Beer and some food. Even though it was late, most of us decided to head out into town. I was told we were on the Asian side of town, but there is also the European side of town as well. We got three cabs and honestly I have no idea where we went, but I was just along for the ride. After some coffee we decided to get some “adult” drinks and ended up at a bar called “The Sheriff” that was Old West themed. It took us a while to realize we had just flown half way around the world to go to a western bar — oh well. We were quite surprised that it happened to be so dead around midnight on a Friday. We asked some locals and learned it was Ramadan.Â  Religious natives were not going out, which I can understand, but it made the night life more like a mid-week evening life.

After hanging out for a while, it was time to take a cab back to the hotel. Driving in Istanbul seems like every man for himself. At Â intersections, people do notÂ yieldÂ and speed is the name of the game. During the taxi ride home I sat in the front seat and my belt did not work — it was quite the hairy ride. The driver had a hard time finding his way back to the hotel, and just decided to stop in the middle of the freeway Â where he pointed to stairs across the road that we could take. Obviously hospitality was not a concern of his. 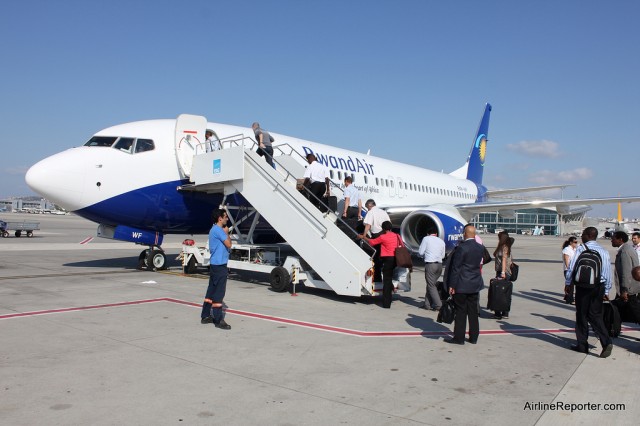 After a short rest, we met up in the lobby of the hotel ready to continue our journey to Kigali.Â  While heading back through the airport customs, the security official was shocked when he saw my boarding pass said “Kigali.” Because of a minor language barrier, it took me a while to realize he wasn’t questioning me for security purposes, but because of his own interest in the boarding passes he sees.