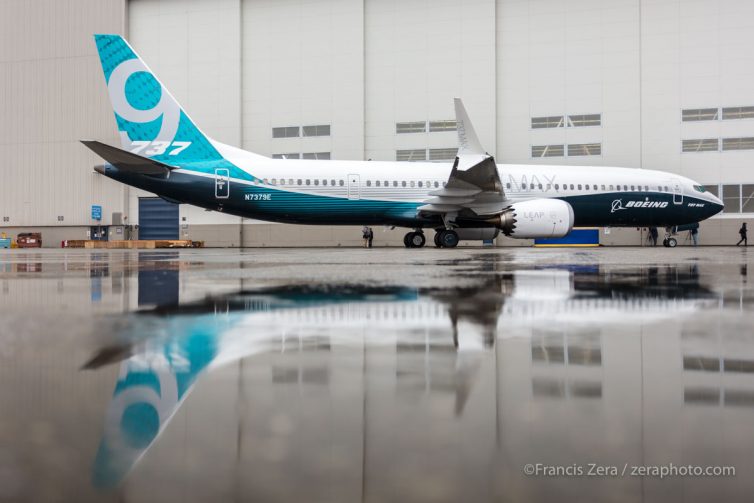 Boeingâ€™s revamped 737 lineup has gained even moreÂ forward momentum as the second iteration of the MAX series made a rainy-day debut this morningÂ at Boeingâ€™s Renton, Wash., assembly plant.

With a maximum capacity of 220 passengers (in a very tight configuration) and a range of 3,515 nautical miles, the new single-aisle plane is roughlyÂ nine feet longer than the 737 MAX 8, which is expected to receive FAA certification in advance of its commercial debut in the coming months.