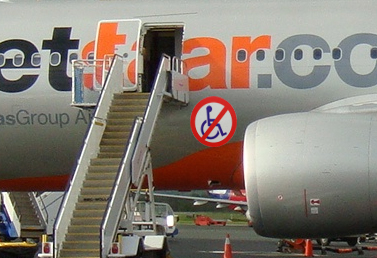 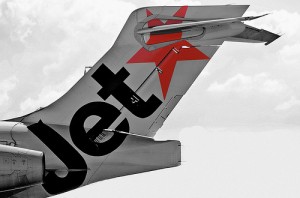 On June 11th, a Jetstar Airbus A330-200 (same model as the AirFrance flight 447) was at cruising altitude heading from Japan to Australia when a loud bang and a flash of white came from the co-pilot’s windscreen.

Luckily, at the time of the incident, the aircraft was only about 20 minutes from Guam, but getting there wasn’t an easy ride.

The cockpit started to fill with smoke and the pilots put on oxygen masks while trying to put out the fires. After about a minute, it seemed the flames were out.

The passengers had no idea there was an emergency, since both pilotsÂ in the cockpit had their masks on and were unable to inform others aboard the plane of their condition.
At this time, there doesn’t seem to be anyÂ similarities between the malfunctions onÂ this flight and thoseÂ onÂ AirFrance Flight 447.Â Â Hopefully people wonâ€™t start thinking the Airbus A330 is an unsafe plane.

When first seeing this livery, I thought it might be some new Russian airline — red star and all. However, it is an Australian and Singapore airline started in May 2004.

When first seeing this livery, I thought it might be some new Russian airline — red star and all. However, it is an Australian and Singapore airline started in May 2004.