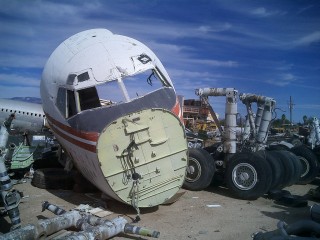 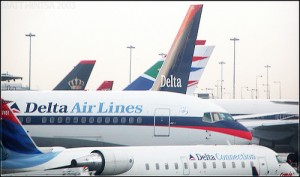 Rep Dan Lipinski from Illinois feels it is a good idea for the TSA to have a uniform carry-on size regulation. He wants to limit the maximum size of a carry-on to 22″ x 18″ x 10″. It is not the size that is as disconcerting, as not allowing the airlines to make their own decisions and the total lack of need for this legislation

Each airline flies different aircraft, have different configurations and clientele with different baggage needs. The bill would require the TSA to enforce the rules (presumably during the security check process). Although TSA has made leaps and bounds with speeding up the security process, this could greatly slow it down. People would be having to take stuff out, trying to cram their bags through and of course having to leave the line to check in their bags and come back through.

CrankFlier points out that many low cost airlines have their “minimum size” larger than what Rep Lipinski is asking for, and legacy carriers are already meeting the requirements. The low cost carriers would have to cut what they already offer.

What is the real reason for this? I don’t see a safety issue here, I would like to see someone try to make a valid one. In fact this would decrease safety. The TSA would have to police bag-size instead of doing what they are trained and look for illegal items taken through security.

This seems like a waste of time and legislation that will really hold no benefit. If airlines want to get together to create their own standard carry-on size, that is one thing, but for the government to come in and require standardization seems unnecessary.

UPDATE: FlyWithFish.com has a great chart showing all the airlines and their bag size requirements.