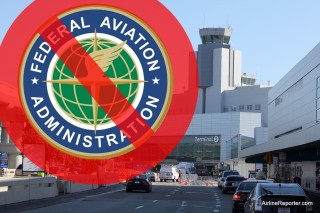 ’œI’m very disappointed that Congress adjourned today without passing a clean extension of the FAA bill,’ said Secretary LaHood. ’œBecause of their inaction, states and airports won’t be able to work on their construction projects, and too many people will have to go without a paycheck. This is no way to run the best aviation system in the world.’

While this lapse in FAA’s authorization affects thousands of public and private sector jobs, it is important to note that the safety of the flying public will not be compromised.
’œThe FAA employees who will be furloughed perform critical work for our nation’s aviation system and our economy,’ said FAA Administrator Babbitt. ’œThese are real people with families who do not deserve to be put out of work during these tough economic times.’

Specific Details from Alaska Airlines:
For tickets sold on alaskaair.com starting 12 a.m., Saturday, July 23, 2011, the following taxes will not be collected until congress votes to reinstate them:
* The 7.5% tax generally applicable to domestic transportation (as well the7.5% tax on amounts received from the sale of ’œfrequent flier miles’.)
* The $3.70 domestic segment tax.
* The $16.30 international arrival/departure tax.
* The $8.20 departure tax for flights between Alaska/Hawaii and the mainland US.

https://www.airlinereporter.com
Thoughts on American Airlines Big Aircraft Purchase (and livery update)
Happy Birthday to AirlineReporter.com – You Get the Present
6 Comments

I wonder if this is going to stop work on extending a runway here in San Antonio.. probably will. Runway 3/21 here at SAT has been closed for about 3 months now to extend it another 1000ft. Normally the winds come from the SE so it hasnt really be a problem but at times it would help with departures.

Some airlines have actually increased fares in the wake of the tax holiday so new prices (with less taxes) are the same as old ones (with more). Southwest, US Airways and AMerican are guilty of this at least.

In contrast, Delta, JetBlue, Frontier, Virgin America, Alaska and United are keeping their usual fares, so the lack of taxes actually represents a discount on their flights.

I’ll probably be booking some trips before the taxes get reinstated. $142 for a DEN-SAT roundtrip sure beats $160, and my Thanksgiving flight appears to be $50 or more cheaper than when I checked just a few days ago, partially due to the involuntary tax cut.

One thought about the various FAA airport rehab projects: why can’t airports use gate (and other) fees, or PFCs, to get the revenue they need for projects, rather than relying on the FAA to do work at a national (less efficient) level? Granted, some aiports already charge the maximum PFC, so maybe the PFC ceiling should be raised to $5.

As for the SAT runway extension, that airport actually charges a lower PFC than the maximum ($3 vs. $4.50) so if push came to shove they could raise the PFC and use those funds to get the runway extension done. Then again, that would require a functioning FAA…darnit…

The present state of affairs in politics is absolutely shameful. How things could reach a point that results in people losing jobs, even on a temporary basis, and passing up on tax revenue is incomprehensible. These politicians should not be called leaders to allow something like this to happen.

The only leaders holding the reauthorization beck are Harry Reid and Dick Durbin.