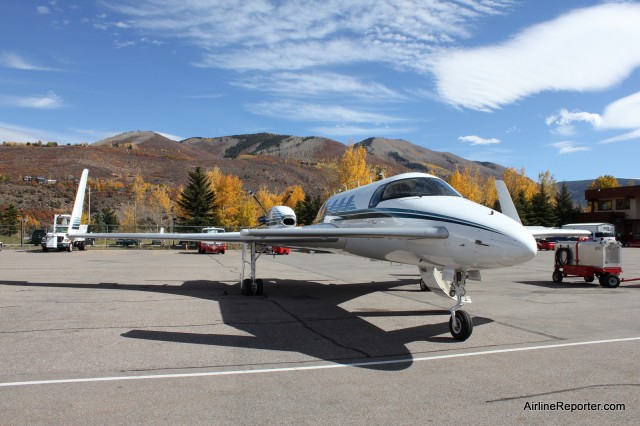 For many reasons the RaytheonÂ Beechcraft Starship is a unique aircraft. It is hard to imagine that the initial design phase for the Starship started in the late 1970’s. To say that the Starship was ahead of its time is an understatement and even today, it is one impressive machine. The aircraft holds the record for quite a few “firsts:” 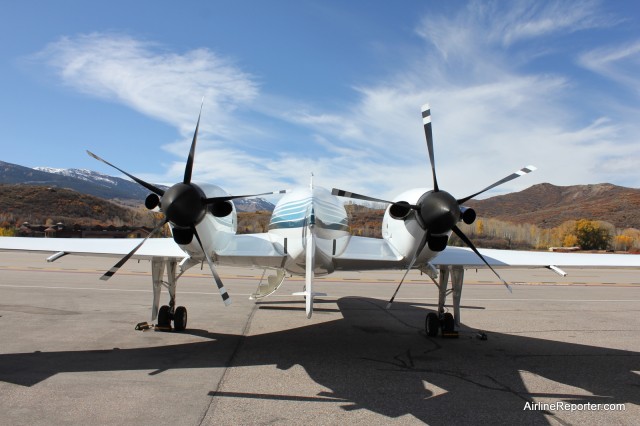 So, why wouldn’t a plane so ahead of its time sell well? There is no simple answer.Â When the Starship first went on sale in 1989, it was a tough economic market and few companies and individuals were looking for a private business aircraft. The Starship was priced about the same as entry level jets and many people were wary of the radical design. After three years of being certified, only 11 Starships were sold. Raytheon, which purchased Beechcraft in 1980, was looking for creative ways to build confidence with potential customers andÂ offeredÂ free maintenance for the aircraft.

Even with the upturn in the economy in the early 1990s and with the assurance of the maintenance program, Raytheon sold only produced 50 for sale (which only about half were sold) and 3 were built for the certification program. It would have made sense for the company to continue to invest in the Starship, but instead, they pulled the plug. Not only did they stop producing Starships, but they also tried to buyÂ back all that were sold to have them destroyed. Luckily, not every owner agreedÂ and today there are still five Starships that remain flyable, another five that are on display at different locations, 24 have been destroyed and the rest are used for different purposes. 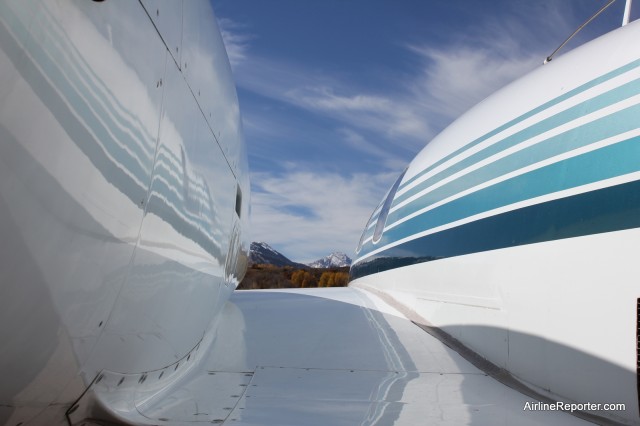 The Starship has such gorgeous lines. The Aspen background doesn't hurt either.

During a sleepless night in April 2010, I sat watching Starship videos and thought of the idea to start my quest to get a ride in a Beechcraft Starship.Â I thought it was a pretty lofty goal and wasn’t sure how it was going to turn out, but I wanted to give it a shot. However, with a lot of luck, I was able to connect with Robert Scherer, owner of NC-51 (reg: N514RS – get it? (51) NC-51 (4) for (RS) Robert Scherer – nice).

Robert and I were able to meet up at Oshkosh 2010 and he graciously gave me aÂ tour of his Starship NC-51. Even though she was stuck in the corner of a hangar, she looked beautiful. Then, in January 2011, Robert invited me to take a flight from Aspen to Orange County, CA, but when I got to Denver, my flight to Aspen was cancelled due to snow — sigh. 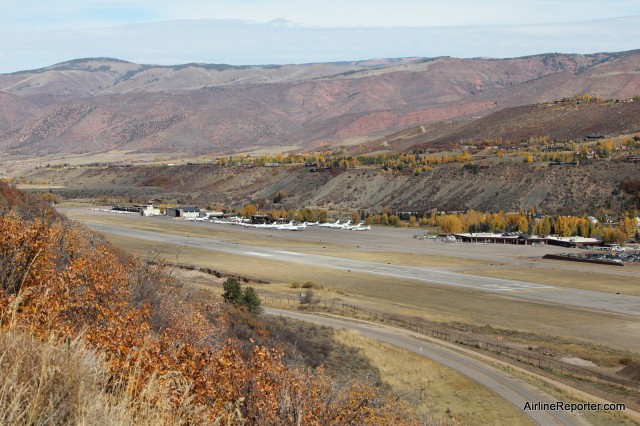 Aspen â€“ Pitkin County Airport (ASE) looks great. Check out all that heavy metal. Can you find the Starship? (click for larger)

Then another opportunity arose on the 16th of October. After having issues with the snow last time, I did not want to take any chances, so I decided to arrive a day early and spend the night in Aspen,Â even though Robert was heading out early afternoon on Sunday. Since we weren’t heading out until 1pm on Sunday, it gave me a chance to check out theÂ Aspen â€“ Pitkin County Airport (ASE) earlier in the morning. 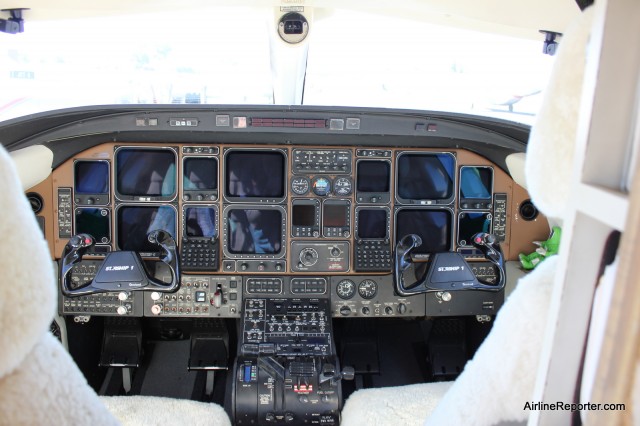 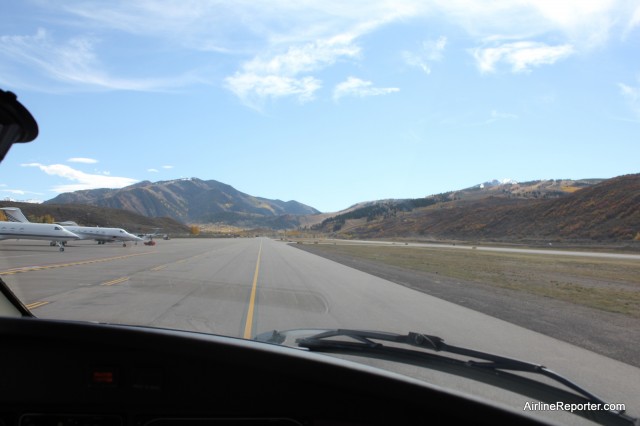 As we taxied out, Robert was testing the all the control services and whoa — theÂ canardsÂ started Â moving. I didn’t realize this previously, but they sweep about 35 degrees depending on the flap settings. This whole time I had been trying to reign in my giddiness, but it was pretty difficult after finding out the canards moved (do not worry, I got it on video, which I will be sharing in a future story). 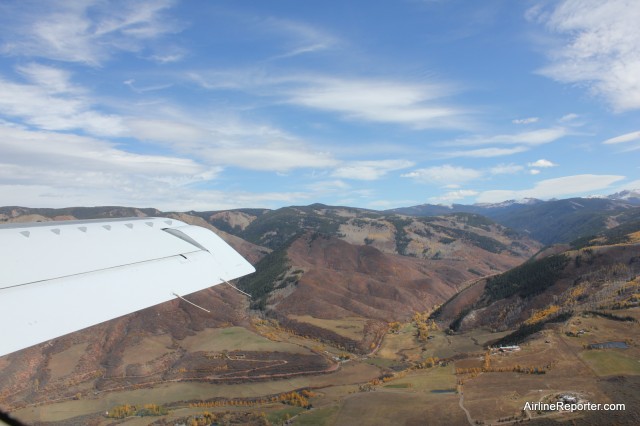 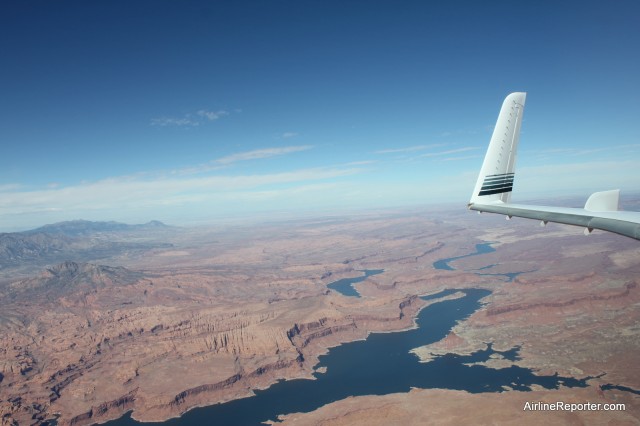 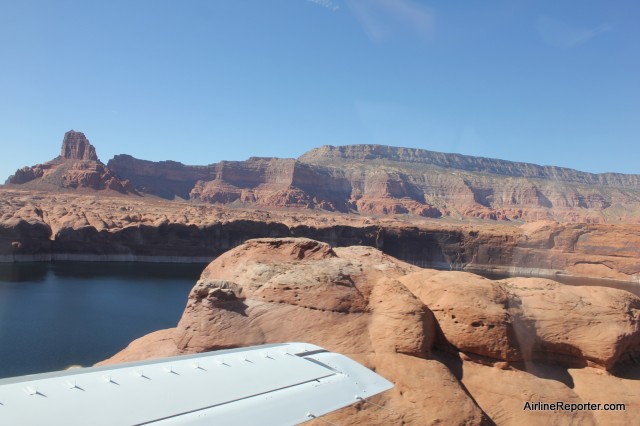 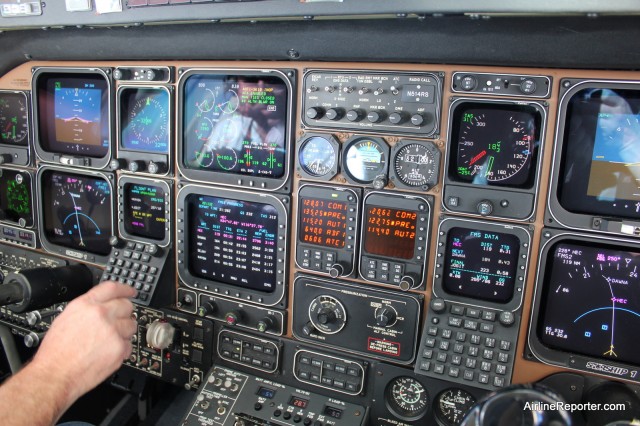 Cruising at 32,000 feet to Orange County, CA (SNA). Notice that the yellow "stick" Starship on the right has canards.

Back up to about 32,000 feet, heading towards our destination: SNA.Â  The rest of our flight was smooth and uneventful — well as uneventful as flying in a Starship can be. Even after the three hour flight (we had head winds over 90kts), I was in awe of this plane.