To complete the Alaska Beyond project (the last few aircraft will be reconfigured by the end of April), Alaska decided to have a party. Now, that’d be great on its own, but they made it even more impressive by taking a 737-990ER (N462AS, if you wondered) out of service for a day, and gave a two-hour demonstration of the product in flight. Who was to attend? Well, media, stakeholders in the Alaska Beyond product (including Tom Douglas, three-time James Beard award-winning chef), and Alaska’s 0.01% top-tier frequent flyers.

Yesterday, Alaska Airlines introduced their first Boeing 737-900ER. This aircraft is the newest that is in production for the 737 family and adds a number of firsts for the airline.

Each 900ER delivered (Alaska has ordered 38) will feature the Boeing Sky Interior, new Recaro seats and 181 total capacity (16 in First, 165 in economy), which is nine additional passengers than the 737-900. The -900ER was not stretched over the -900;the additional room comes from re-designing the rear bulkhead to be flat rather than curved.

“Boeing’s Sky Interior and our new custom-designed seats represent the most significant cabin upgrades for Alaska Airlines in more than 20 years and are part of our goal to make flying more comfortable for our customers,” said Brad Tilden, Alaska Airlines’ president and CEO. “In addition to an improved cabin experience, the 737-900ER has environmental benefits, as well. On a flight between Seattle and Newark, New Jersey, for example, the 737-900ER burns 3 percent fewer gallons per seat than a 737-900.” 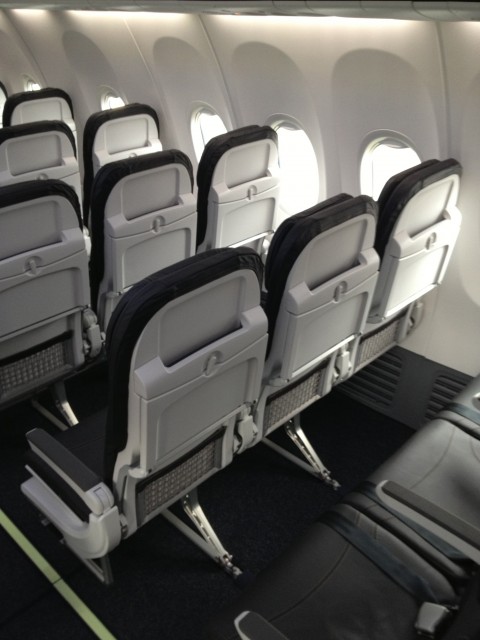 The new Recaro seats still have those headrests that I have come to love on Alaska’s newer aircraft and they offer a pocket for magazines/safety card above the tray table and a net below. Something not as noticeable, but still very important, is the fact that seats are lighter. They are estimated to save 8,000 gallons of fuel per year per aircraft, which will really add up once all 38 are in operation. 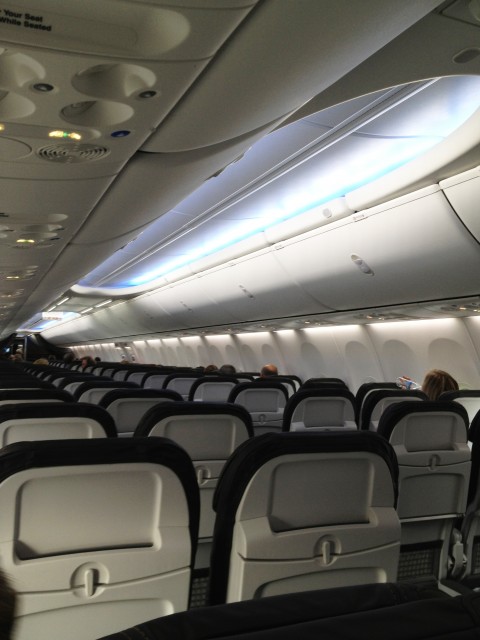 Alaska’s new 737-900ERs will fly routes between the west and east coasts and is ETOPS certified to operate to the Hawaiian Islands. Alaska also recently announced 50 737 MAX aircraft in an effort to expand and modernize their fleet.

ADDITIONAL PHOTOS OF THE ALASKA AIRLINES 737-900ER by Brandon Farris. 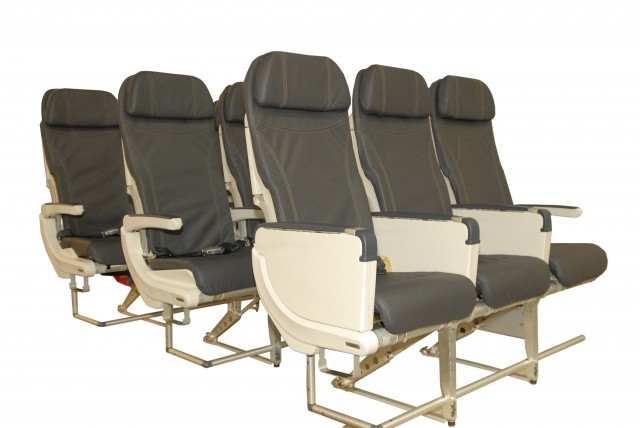 Alaska Airlines new New Recaro seats for economy class that will make their appearance on the airline's new Boeing 737-900ERs. Image from Alaska.

Alaska Airlines has announced that they will be installing new seats from Recaro Aircraft Seating on their 22, soon-to-be delivered, Boeing 737-900ERs.

The seats will offer a six-way adjustable headrest, three inches of recline and an additional inch of legroom.

The additional leg room will not affect the airline’s seat pitch of 31-32″, but it will offer more room for your legs. “The extra inch we refer to is gained by Recaro’s clever design that effectively adds one more inch of room to your living space, without us moving the seats further apart,” Alaska spokes person confirmed to AirlineReporter.com. “Specific to pitch, our pitch will stay consistent with our current standard 31-32 inches.” 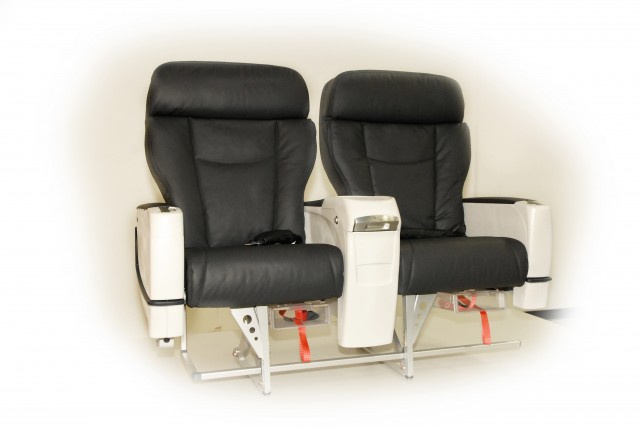 Alaska Airlines new New Recaro seats for First Class that will make their appearance on the airline's new Boeing 737-900ERs. Image from Alaska.

Alaska will also get new Recaro seats for the first class cabin that will offer  five inches of recline, an articulating seat bottom and a six-way adjustable headrest.

The seat, “design includes a comfortable yet slimmer seatback and bottom and a literature pocket located above the tray table,” said Joe Sprague, Alaska Airlines’ vice president of marketing. “The new seats add to a very special onboard experience that all of our customers flying Alaska’s new 737-900ERs will enjoy, including Boeing’s Sky Interiorwith its improved lighting and sculpted overhead bins that create a more spacious cabinonboard Wi-Fi, Starbucks coffee, premium Washington wines and delicious meals for purchase, as well as our renowned personal service.”

The seats are also lighter and are expected to save about 8,000 gallons of fuel annually per aircraft.