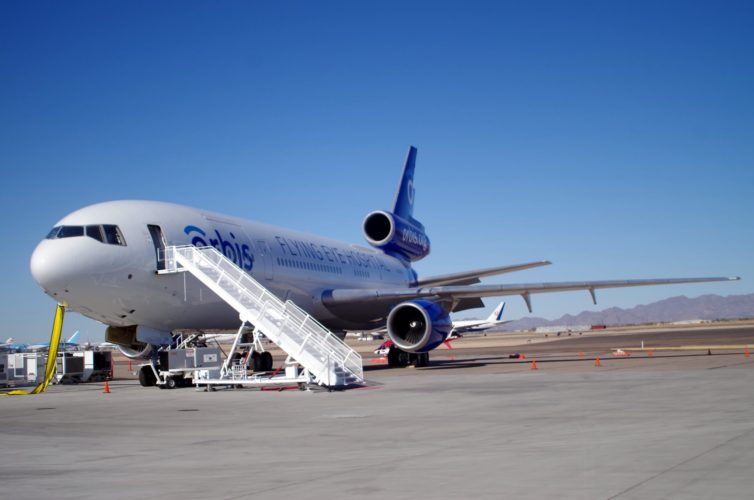 Part of what fascinates me when I visit an airport is wondering where the aircraft have been. Look up a tail number for any commercial aircraft, on a site like FlightRadar24, and you”ll find a long list of destinations. For widebody aircraft, those destinations get noticeably more far-flung. While many aircraft have a rich history, few have made an impact like the MD-10 known as N330AU – also known as the Orbis Flying Eye Hospital. This is not just any ‘ol commercial or cargo aircraft, it provides some very special services.

Val Suberg, Orbis” senior manager of aircraft maintenance, can prove that point with just one story about two sisters from Ethiopia. They were blind as a result of pediatric cataracts, which would be a simple surgery in many countries. The sisters, though, had traveled to Addis Ababa and found out that the hospital there only served adults. A member of the hospital staff told them that the Orbis Flying Eye Hospital would arrive in a few weeks, and that they could treat the sisters. They waited in Addis Ababa and were selected for surgery. They got to see each other for the first time, and were eventually able to attend college. Now that is a special plane, with some VIP crew!