With the Rapid Rewards updates, earning free seats is easier for some but harder for others. – Photo: Southwest Airlines

Last month Southwest Airlines announced three updates to their Rapid Rewards frequent flyer program. Typically when travel and hospitality rewards programs are updated, it results in a net-negative for consumers. These changes, however, are more of a mixed bag. The updates have also resulted in some confusion. Following the announcement, I received a handful of notes from folks asking for further explanation. It seems that when it comes to Southwest, I’m The Points G… Um, I guess we’ll go with Guru? [Editor: We also considered Gangsta, Gentlemen, Gladiator, Gossiper, Goat, Grumbler, Grizzly, and our favorite Geezer]

Let’s explore the changes together…

Let’s start with the good news: Rapid Rewards points no longer expire after 24 months of account inactivity. I will admit this doesn’t mean much for folks who travel semi-regularly. However, this should come as a relief to those who have loyalty elsewhere but sometimes rely on Southwest as a backup. And for my 8-year old son who has had a Rapid Rewards membership since before he could walk, I no longer have to worry about preserving his points through surveys or other “qualifying activity.”

This update does concern me, though. Generally accepted accounting principals (GAAP) dictate financial implications associated with unredeemed rewards. Accountants at the companies we love are typically required to treat rewards as obligations which can affect the balance sheet. Consider for a moment all of the points (obligations) that will be laying around unredeemed for years on end which would have otherwise expired. For this reason, it makes good business financial sense to allow points to expire. It is, essentially, debt forgiveness. I reached out to Ro Hawthorne, spokesperson for Southwest for his thoughts: “We have given consideration to the financial impact of no longer expiring points and believe the benefit of allowing our Members to keep their points far outweighs the benefit of expiring these points.”

Our Texas friends often remind us not to look a gift horse in the mouth. Perhaps this is me over evaluating? I just worry about what Rapid Rewards updates might be on the horizon to counteract the financial burden of points that can last a lifetime. Speaking of lifetimes…  Since we can now horde points with no risk of expiration I was curious to see if, upon my own expiration, my points are transferable to my estate? Hawthorne says no. Bummer.

In the grand scheme of things, this isn’t a big change. 15,000 points can be earned through an additional $2,500 in Wanna Get Away fares. But most folks who earn companion pass via points don’t book this least expensive fare class. It’s the most restrictive and earns only 6 points per dollar. At the mid-level Anytime fare, travelers earn 10 points per dollar, so an extra $1,500 of spend is all that’s needed. Over in the most rewarding Business Select fare class, all that would be needed is an extra $1,250 in spend. For most folks, that’s an extra Business Select trip or two. Totally doable. 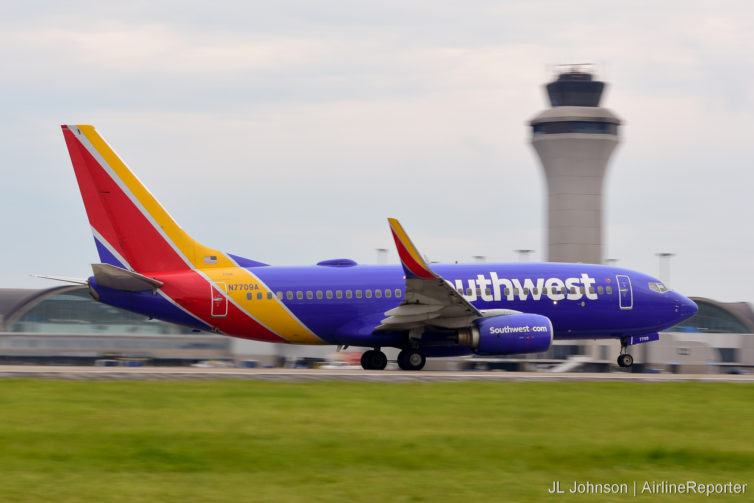 All this talk about travel. Let’s go somewhere!

Southwest spokesperson Ro Hawthorne confirmed that tier bonus points (extra points which A-List and A-List Preferred frequent flyers earn on revenue flights) do not count towards companion pass earnings. That said, unlike elite qualification, which requires butt-in-seat earnings, there are other point sources that count towards unlocking companion pass.

More clarification on which points count, and which don’t, from Hawthorne:

As a card-carrying Southwest loyalist, Same-Day Standby is my favorite A-List perk that I’ve never been able to use. I’m not alone in loving it – it’s incredibly popular among Southwest frequent flyers. And while I’ve had no luck rolling the dice, I think that’s more of a reflection on my travel which tends to be focused on more medium-sized cities. There are just fewer options for me. And when there are, I’m pushed out by A-List preferred pals. 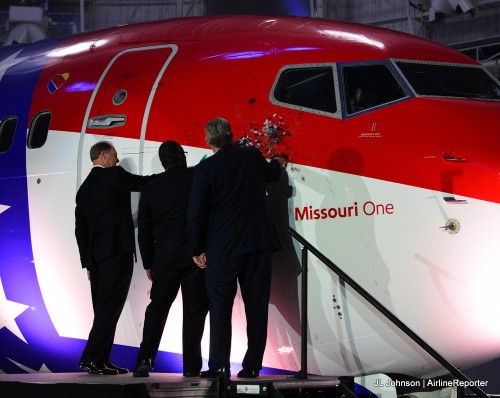 Starting in 2021 A-Listers looking to use the same-day standby perk may incur some fees. Southwest’s communication on this was vague: “[travelers with itinerary changes] using same-day standby will be responsible for any additional government taxes and fees that may result.”  What exactly does that mean? And just how much might I expect to pay to use this perk? Just like a Facebook relationship status: It’s complicated.

The complexity in understanding what fees, if any, might be incurred on same-day standby swaps results from the fact that airline ticket prices are “all in”, meaning folks don’t typically see taxes and fees as line items unless they intentionally look for them. To try and understand how this might impact me, I asked Hawthorne for a few Kansas City-centric examples, 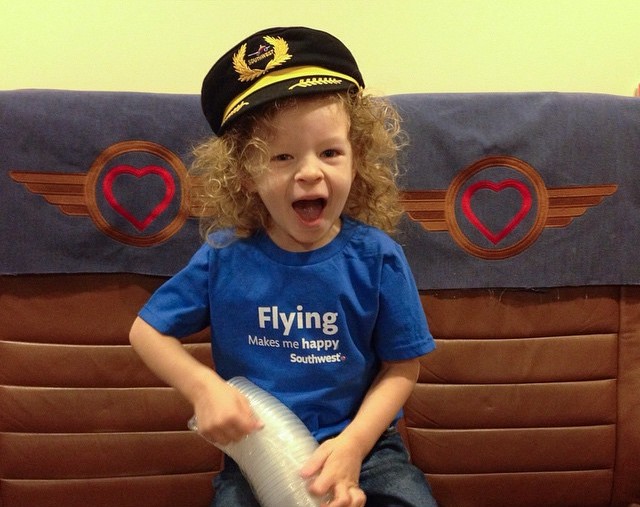 Example 1: I have a ticket for the 9:55 PM HOU-MCI nonstop. My meetings end early and the gate agent suggests I take HOU-DAL-MCI which would get me home a few hours early. The addition of Dallas to my itinerary results in an additional federally-imposed flight segment fee ($4.20), as well as the Dallas Passenger Facility Charge (PFC) ($4.50.) In this scenario, I would pay an extra $8.70 to get home a few hours early. I spend too much time away from family as-is, so this fee is a no-brainer.

Example 2: I’m traveling HOU-DAL-MCI, with a 55-minute layover in Dallas. Upon landing, I decide I would like to stay in Dallas a little longer and take a later flight out. It turns out the flight I want departs more than four hours after I arrived in Dallas. Because of this I would be on the hook for an extra $5.60 to cover DAL’s federally-imposed September 11th security fee. I suppose this makes sense, as there’s a reasonable chance a flyer might leave the secured area and have to be re-screened on a longer layover.

Bonus example: Let’s take example 2 in reverse. I’m booked HOU-DAL-MCI and for whatever reason, I have a four-hour scheduled layover. If I can get on an earlier DAL-MCI flight which brings my time on the ground under four hours, I can pocket a $5.60 credit.

We’ve reached the tail end of the story. Southwest tail at Oshkosh 2010.

I think it’s great that infrequent flyers might have a better shot at earning enough points for a reward redemption now that points don’t expire. The companion pass update might make earning the pass slightly harder, but I’m of the opinion that the only folks who can earn the companion pass are credit card nuts, folks who already travel in Business Select, and, of course, the droves of folks in California who earn it via ridiculously easy region-specific challenges.

As for the updates to same-day standby, I think it makes sense that we pay the taxes and fees which result from our changes. And frankly, I’m surprised Southwest is absorbing those costs today, and through 2020. Now that I have had time to understand what’s behind the fees (the government) I’m A-OK with the changes.

Still confused, have questions, or any thoughts about the changes? Leave them in the comments! Sometimes we get the fine folks at Southwest reading your comments, and you can make a difference!

Donate Your Airline Amenity Kits & Help Those in Need!
Learning to Fly with Francis: Dealing with the Pacific Northwest Winter Blues
3 Comments

Thanks for explaining all this. One question – so if I shop on the Rapid Rewards site where you can shop at various retailers but they Rapid Rewards, those points count towards the 110,000 needed to earn companion ?
Thanks

Thank you so much for replying Hope you have s nice Thanksgiving!