AR Rewind: This story originally published in March 2015 and is being re-shared.

That opportunity presented itself recently, when I was in the Cleveland area on business. It just so happens that the King Nut facilities are less than a mile from one of my company’s offices in Solon, Ohio. I reached out to Mr. Martin Kanan, President and Chief Executive Officer, to see about a tour and for a chance to learn about their company – he was happy to do so. Sit back, relax, grab some snacks, and prepare to drool over some seriously tasty snackage photos and facts’¦ 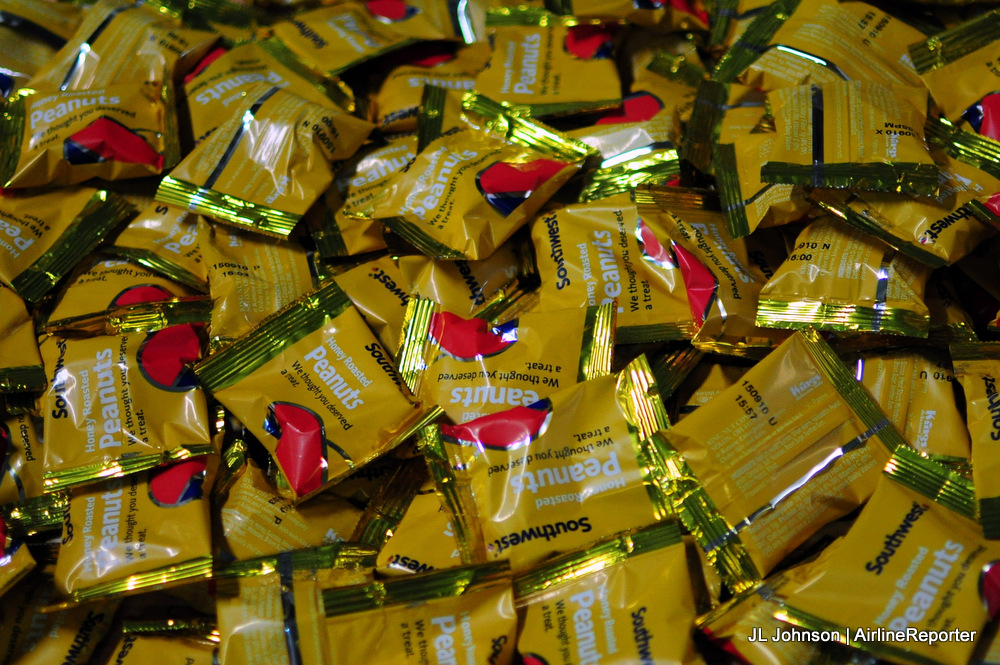 The building is hard to miss – large lettering scrolls across the front: King Nut / Summer Harvest / Peterson Nut Companies. Signage aside, I knew I had arrived at the birth place of Southwest’s honey roasted peanuts when I stepped out of the car and found myself basking in the aroma of freshly roasted peanuts. The toasty sweet smell took the edge off of the bitterly cold Ohio winter air.

During my short wait in the lobby, which of course was stocked with plenty of sample snacks, I took the opportunity to watch a well produced corporate identity video which was playing on loop. Minutes later I was greeted by the snack Chief himself, Martin, or as his employees call him, “Marty” Kanan. 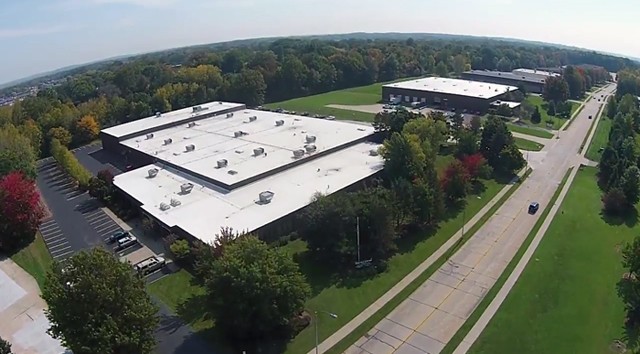 About the King Nut

King Nut traces its roots back to 1927, then a supplier to local bars and later sports venues. Humble roots for a company that now serves all but one of the “big six” domestic airlines, plus a number of foreign carriers. The entire company’s footprint is in Northeast Ohio: two factories across the street from one another, plus a distribution center just down the road. This hyper-local business, with international exposure, is a real source of pride for the locals – which became evident during my stay in the Cleveland area.

The company produces 500 unique products and mixes and ships hundreds of thousands of individual units each weekday, but manages to keep costs low through an efficient, well-trained workforce. Just 300 employees spread across 3 shifts, on a 24×5 workweek, support the entire operation. This family-owned business strikes the perfect balance of small company charm, where everyone knows everyone, and the CEO is on a first-name basis with all employees, while still managing to keep costs low to appeal to the always-cost-cutting airline industry. 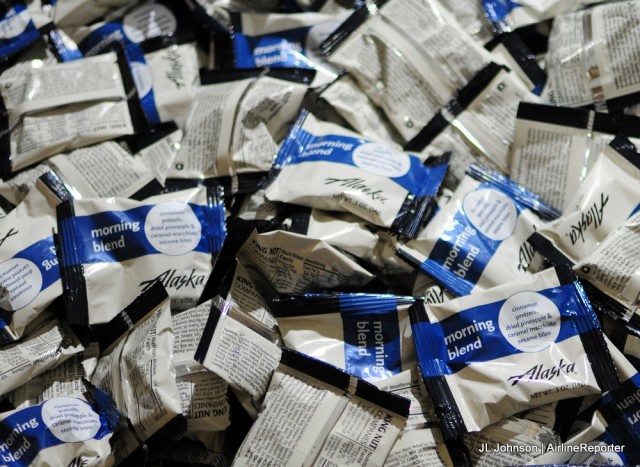 The company holds an SQF (Safe Quality Food) level 2 certification which is a voluntary, globally recognized third-party certification awarded only after rigorous process verification and on-site audits. I mention this only because their dedication to food/product safety was evident from the very beginning, and something the company is quite proud of.

After a quick sign-in process followed by some disclosures paperwork, I was awarded my day credentials. I adorned a hair net, beard net and stepped onto the production floor. As soon as I entered the sanitized area there were other sanitation and safety protocols to be met even though I’d never touch any of the product or production machinery. Who’d of thought the snack business was so serious? A good thing for sure, but a surprise none-the-less. 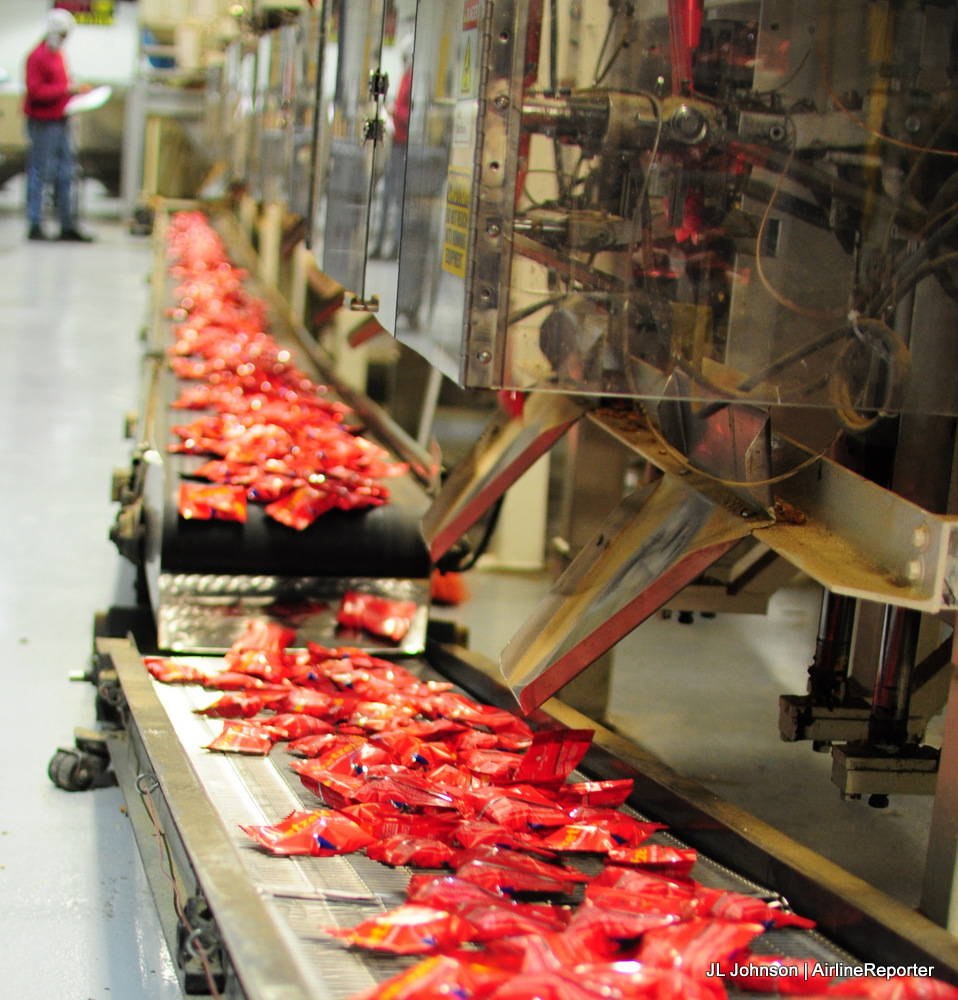 On the afternoon I visited the factory, lines happened to be running Southwest Airlines’ product – a treat for this loyal and hardcore Southwest fan. It turns out Southwest is one of King Nut’s largest clients. And for good reason, free airline snacks such as those offered by the LUV airline are a big hit with travelers. According to Dan Landson, a spokesperson for Southwest, “Our peanuts and pretzels are famous with our customers and employees. Offering free onboard snacks is one of our foundations that is truly unique – one that we have no plans to change!”

BONUS: Lufthansa Schools Us on How to Make A Better Inflight Meal 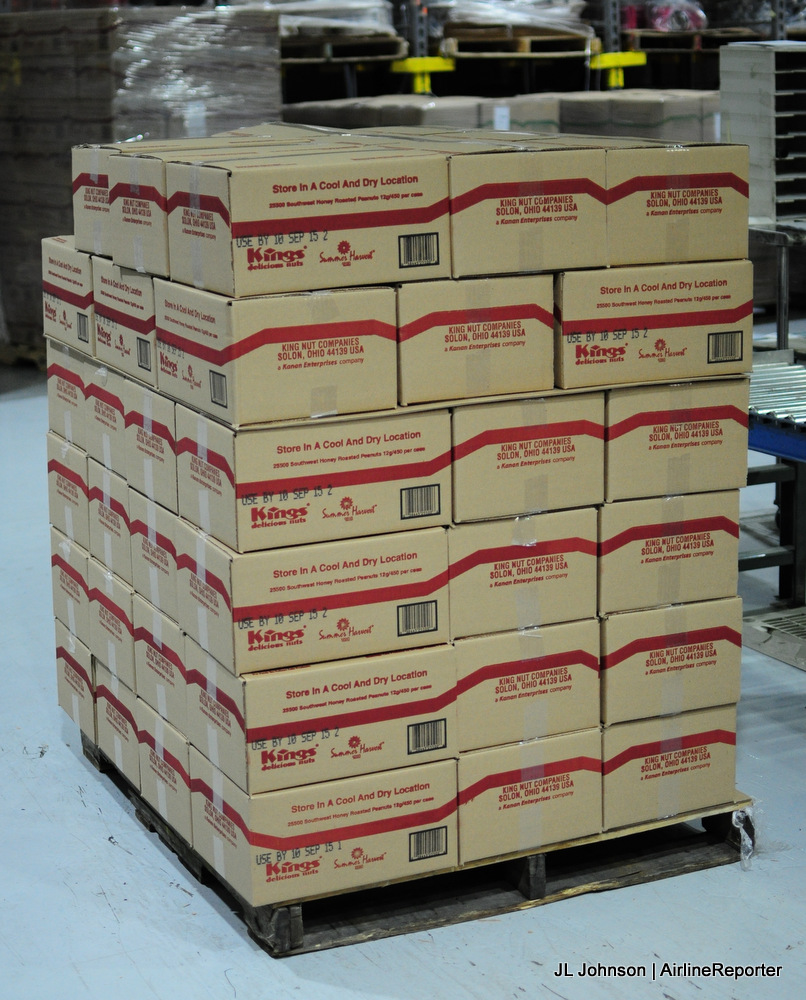 So how many snacks are airlines ordering? While Mr. Kanan was reluctant to provide specific numbers, his answer of “they order by the truckload,” quickly put things into perspective. Some “back of the napkin” math suggests staggering numbers.

Southwest flies 3,400 flights a day at a load factor of 84%. Assuming the average plane (737-300 and -700, the most common in their fleet) carries 143 passengers and each passenger receives at least one snack’¦ That’s well over 400,000 packages per day! Now consider Southwest is just one of over a dozen other airline customers. We’re talking some serious snack volumes. Mr. Kanan did mention they believe their products (including non-airline labels) reach 500 million consumers annually. 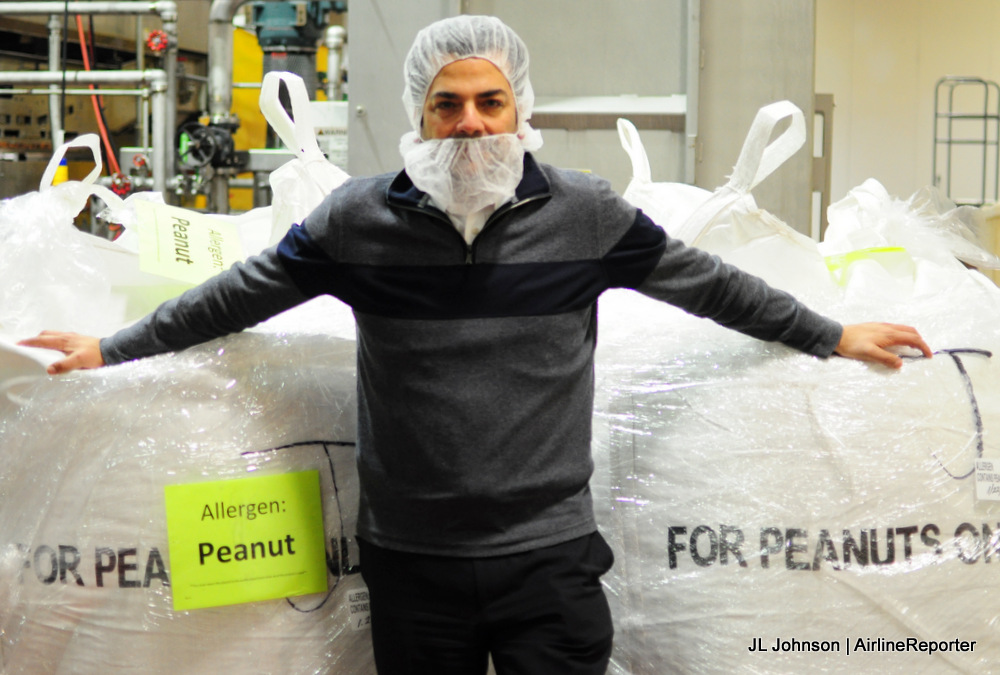 With all this discussion of volumes one might wonder, how does King Nut purchase their raw product? It turns out they purchase peanuts by the 1-ton sack, dozens at a time. 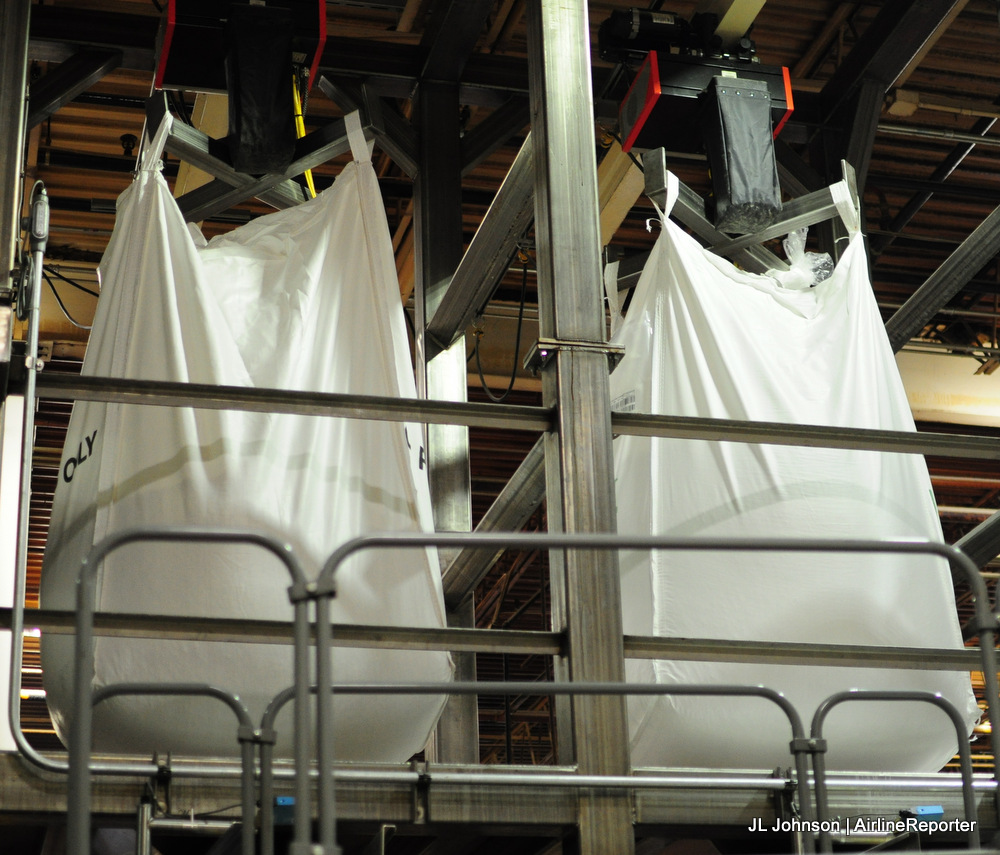 Much of the King Nut machinery was proprietary and not allowed to be photographed. Those pieces that were allowed were impressive in their own right. They were towering, shiny steel behemoths, but not terribly photogenic. The end product itself, the items that actually reach the consumer’s hands, were the things that were visually striking in their color, shine, and vast quantities. 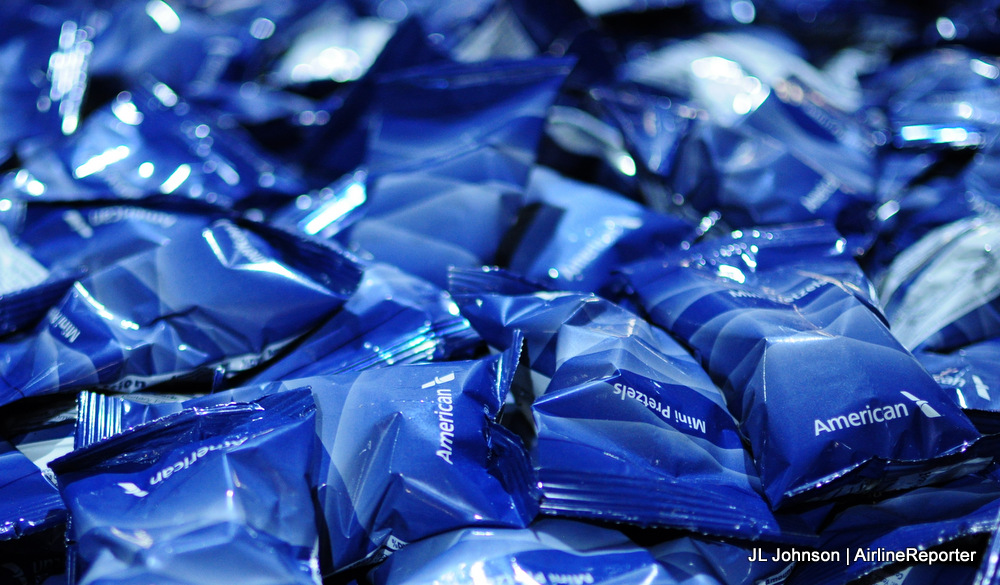 Only after having toured the facility, learning  about the company, and meeting the family behind the brand, could I truly appreciate all that goes into something we all take for granted while flying miles above the earth near the speed of sound.