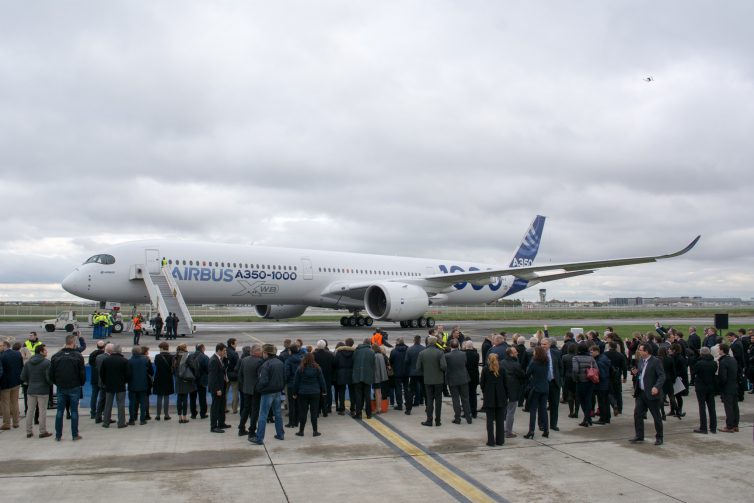 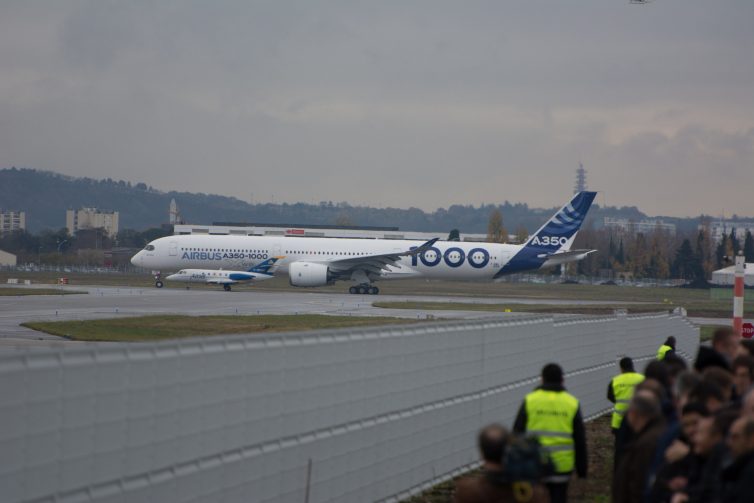 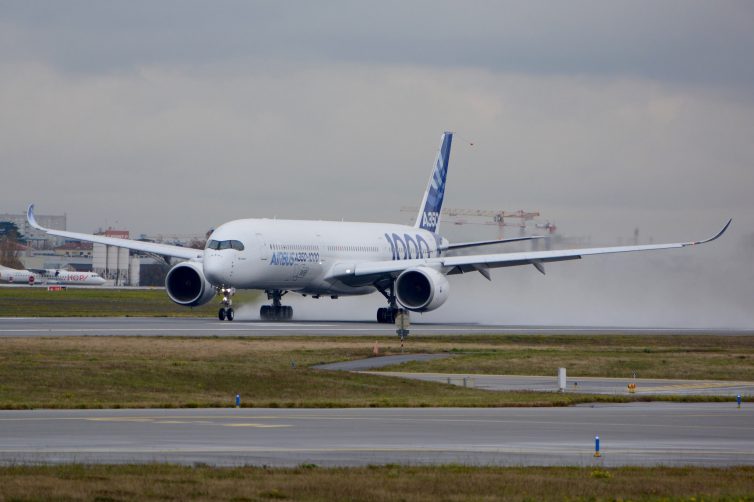 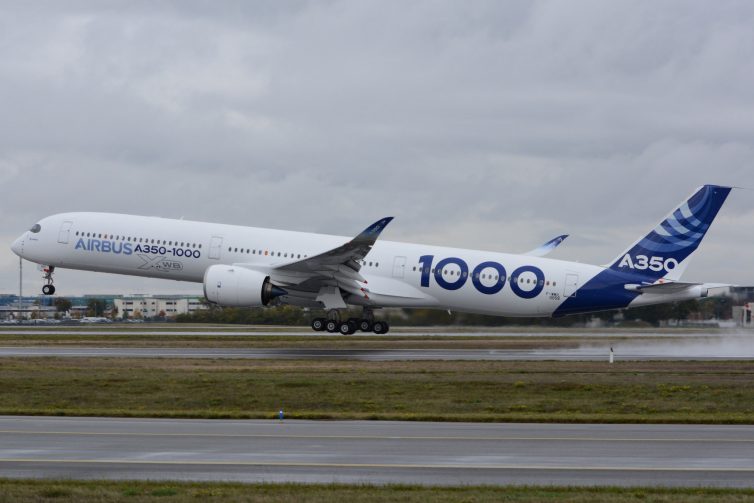 You have probably heard of the Airbus A350. The 1000 model is the largest version of the family. When I asked Jason to describe the aircraft to me, he responded, “long plane is long.” Can’t argue with that. “But seriously, the A350-1000 is quiet. Pretty much everything else that took off while we were waiting made more noise than the 1000.”

Personally, I think the proportions look the best with this longer version. Probably looks better on many airline’s balance sheets too. 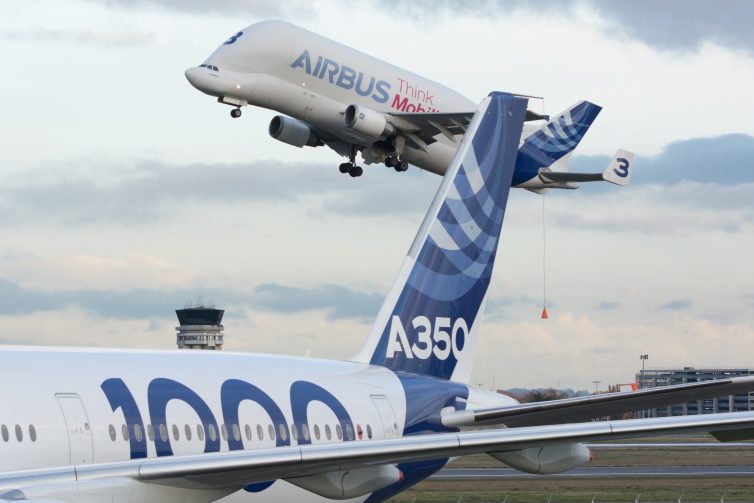 Now this is badass! An Airbus Beluga takes off – Photo: Jason Rabinowitz

Before the flight, they set up all the media out by the runway with a nice view. What better way to pass the time than watching other brand spanking new Airbus aircraft take off? And he got to see a few. “Sure, the conditions weren’t great, but it made for some pretty dramatic shots.” 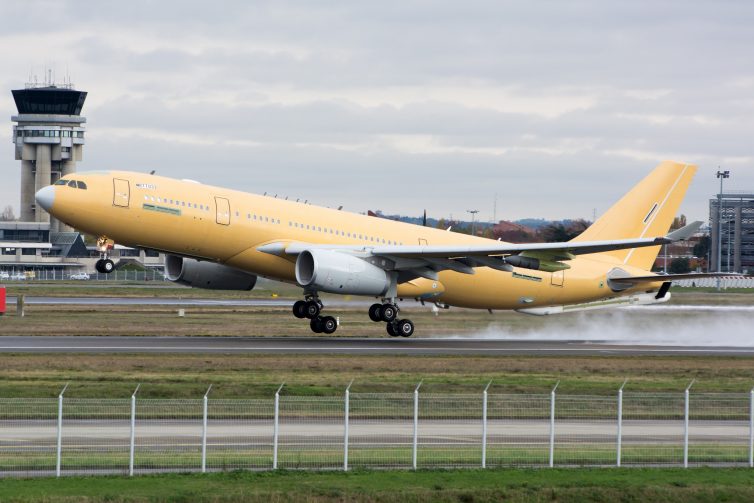 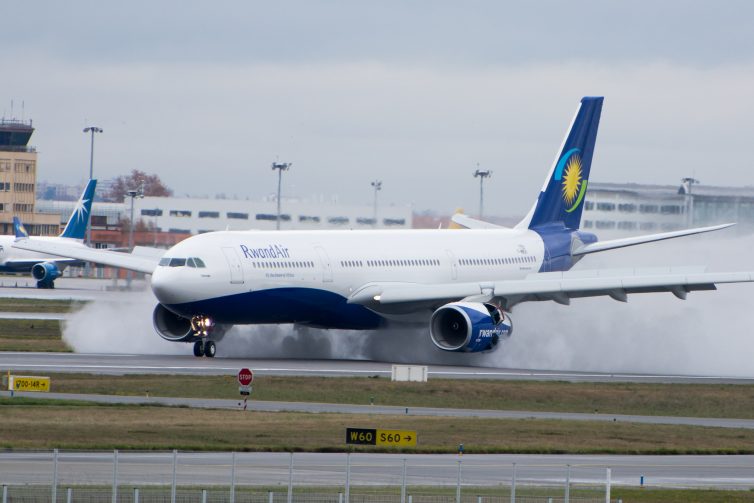 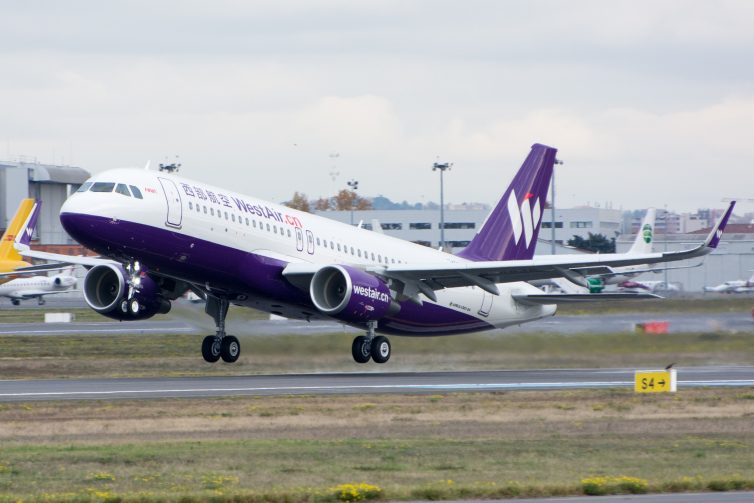 This was Jason’s first first flight. As in he has never seen the first flight of any other aircraft type. He was pretty excited to have the honor. “I have to say that I was humbled to be a part of history. I was standing with journalists from around the world in anticipation for the first flight. No joke, I had AvGeek goose bumps.” (Jason didn’t actually tell me that. I tried to ask him how it was and his answer was kind of lame. So this is what I think Jason was actually thinking. He says I am not that far off) 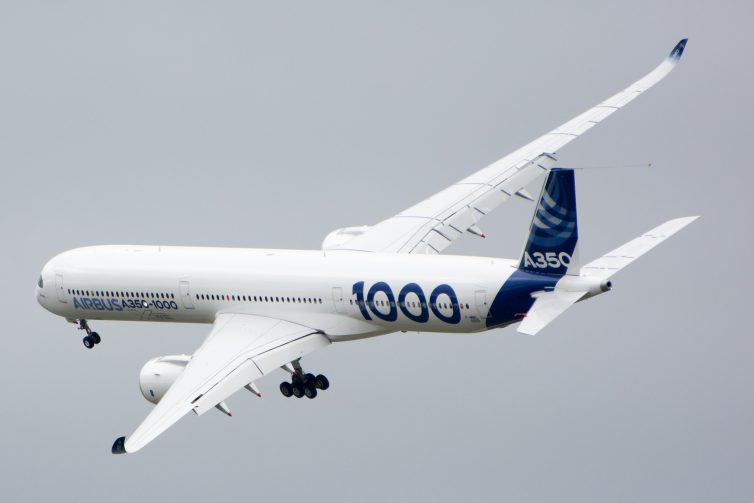 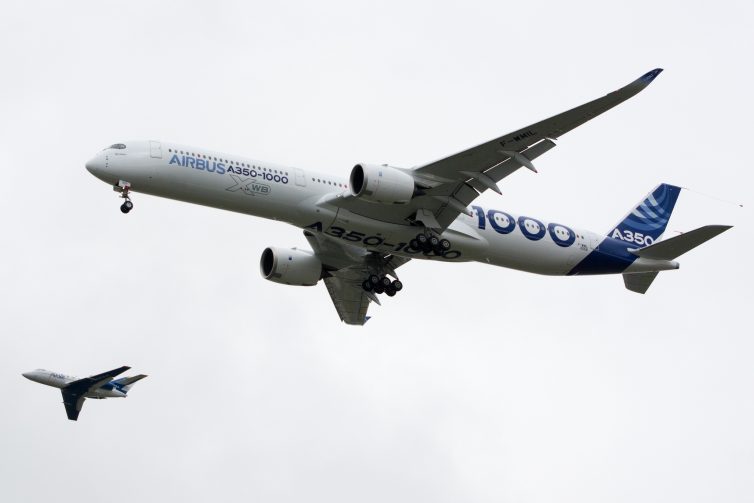 ’œIt was cool seeing thousands of employees suddenly appear out of nowhere to watch it, and then just as suddenly disappear to get back to work,’ Rabinowitz actually did explain to me. ’œBut, you know what’s going to happen. It’s going to take off and come back a few hours later.’ And he was right. That is exactly what it did. Its first flight lasted a bit over four hours and then it returned to an awaiting crowd. “The best part of the day was seeing the excitement of the flight crew as they exited the aircraft after the successful flight. Unlike Boeing test pilots, the Airbus pilots wear bright orange flight suits, which gives it a little bit more of an #AvGeek feel.” (he actually said “hashtag”)

Jason has only flown on the A350 once and it was a really short flight; from Newark (EWR) to Chicago (ORD). It was a special media flight on the second A350 test plane.

Although I might be jealous that he was there for the first flight, I can only expect he is a bit jealous that I have already flown on the A350. ’œYou were delayed like 4 hours,’ Jason said when I asked him if he was jealous. ’œI’m fine having missed that one.’ 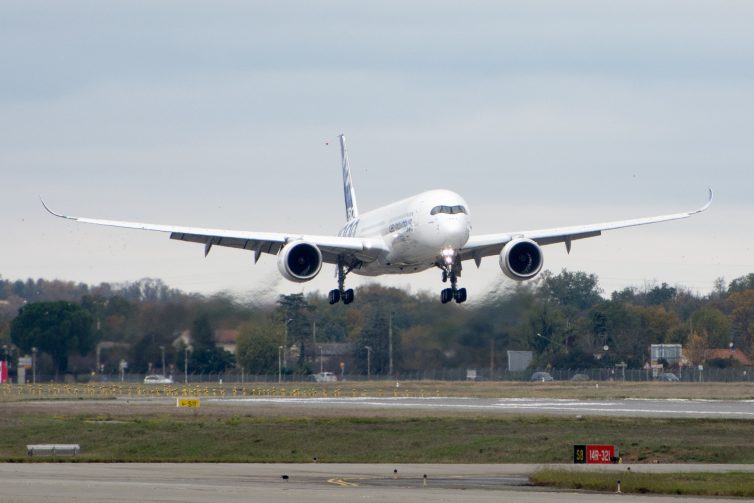 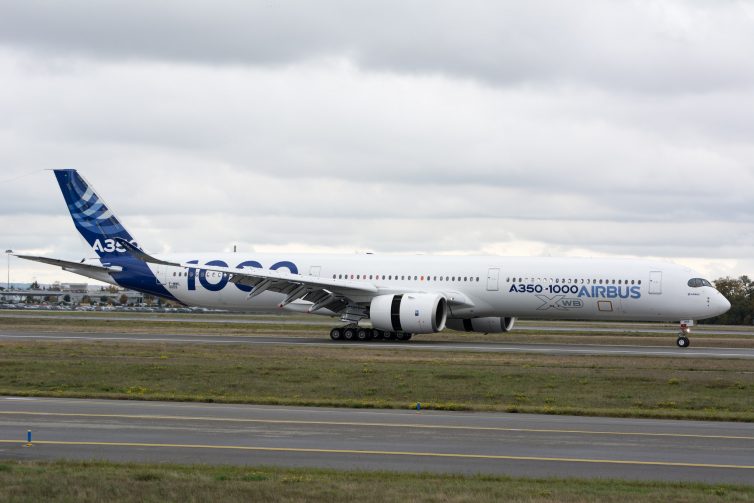 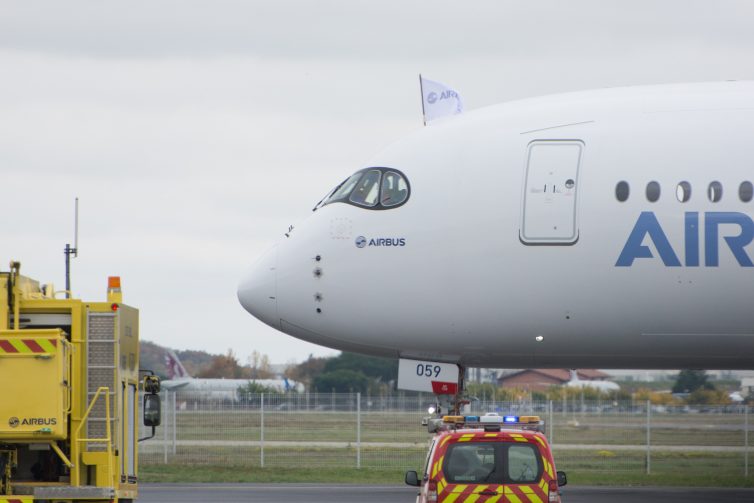 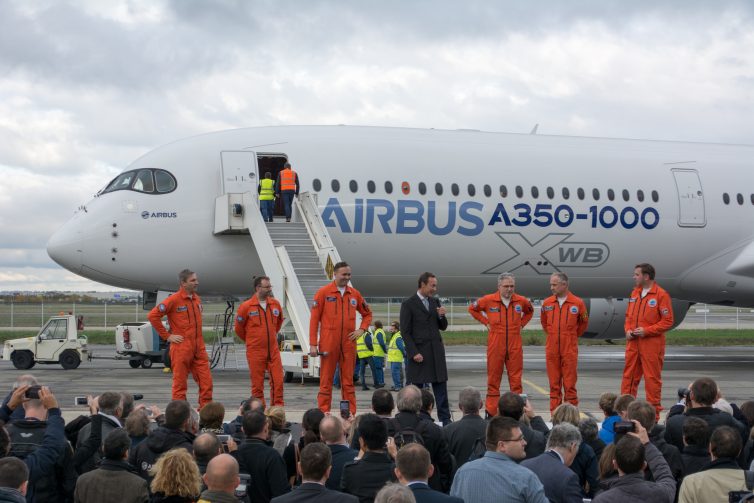 Sure, it was delayed, but it was still awesome. I know he was jealous. ’œMeh, I’ll get mine.’ I hope that you do Jason. And when you do, please share it with us on Airlinereporter (without me having to write it for you).

Unrelated to this story, it was important for Jason to let you all know that I am his favorite blogger ever and I really am as funny as I think I am. That means a lot to me — thanks Jason.

This was a very nice story and photos.

Impressive, but nobody can beat Boeing.
Thanks David for this excellent article.

Boeing certainly makes great products. That said the A350-1000 stands out by itself.

Definitely not Yank rhetoric. I am a proud South African. We still maintain that Boeing by far is the better plane.

Wonerderful plane, the a380 killer!

This aircraft should be called “Regicide”, since it’s going to kill off the last of the 747s…