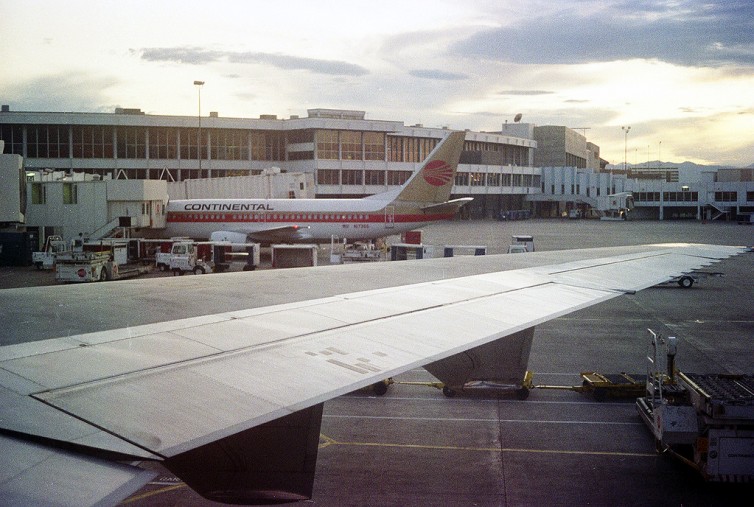 I’m an unabashedly proud airline brat. My father was an airline pilot for all of my childhood and continued into some of my adulthood. Even though he was the employee, my parents raised me and my siblings to feel pride in our membership in the airline family. I have found that my experiences are similar to many others who also had a parents flying commercial planes.

Here are a few reasons why I loved growing up in an airline family, even if I spent half of my childhood prior to turning twelve sitting in concourses of Denver’s old Stapleton International Airport. 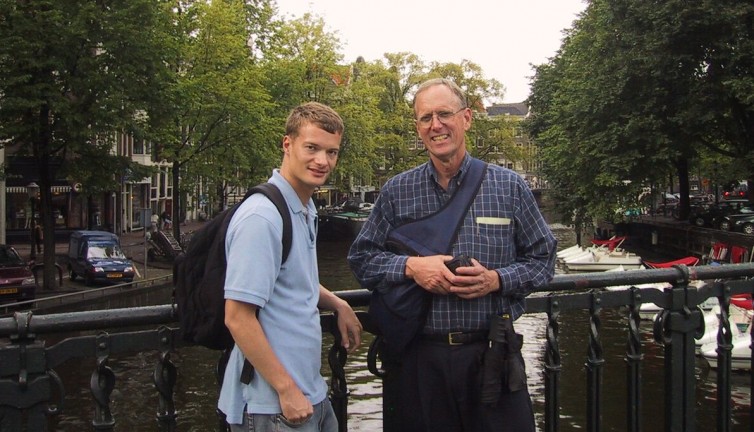 However, growing up as an airline pilot’s son helped make the airport exciting. Which planes — the vast majority of which I could identify — would I see? Where would flights go? Would my parents take us down to the crew lounge or airport employee cafeteria where the other travelers couldn’t go?

That is geeky, but I even talked my dad once into spending a day to fly to Denver’s then brand-spanking-new airport just to explore it. You know I’m an AvGeek when I once took a date to watch planes takeoff and land at a park near a major airport’s runway (sadly that relationship didn’t work out — but I don’t blame the planes). 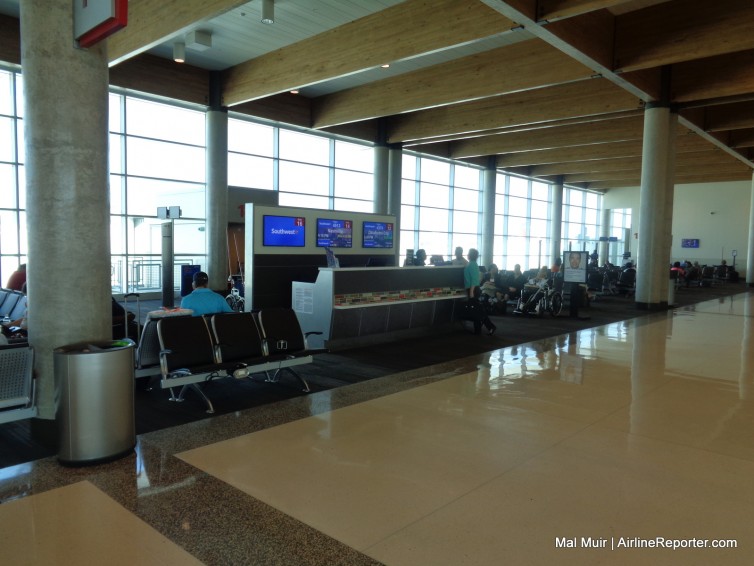 Families of airline employees get flight benefits which allow them to fly standby, which isn’t for the faint of heart. It requires patience and flexibility.

BONUS: Nope. I Will No Longer Fly Standby!

I remember once packing for a family trip. We were going to Boston. A few days later we returned from San Francisco. We, of course, flew in and out of San Jose. We didn’t see the Cheers Bar, but with some flexibility, we enjoyed the Golden Gate Bridge.

Contingency plans are essential. So is patience and a smile.

Standby travel also affects what one can pack. You’re never certain where, or if, you go. Checking baggage is a hassle and complicated when the first flight (and its destination) you check in for isn’t the one you end up on. My family rarely took more than we could carry on a flight. We learned to pack light. To this day, I still pack light and enjoy that practice’s advantages. 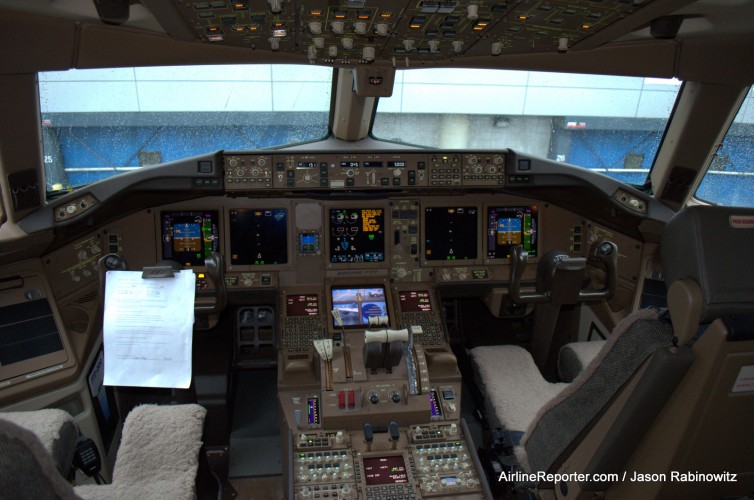 It didn’t happen often, but I did go on flights for which my dad was the captain. A few times when this happened, he would allow me to come up to his ’œoffice’ — the flight deck. Of course, this was while the plane was still at the gate, passengers were boarding, his pre-flight tasks were completed, and there was plenty of time for us without affecting safety nor the flight’s schedule.

When my dad flew 777s, he bought huge posters of the flight deck. He hung them downstairs by our pool table in our game room. That way we could see his office frequently.

5. Playing the Aerobiz game with my friends.

My brothers and I loved to play the Sim City games as well as Civilization and Colonization; these are games that allow the player to build cities or even civilizations. They were a lot of fun.

One of our friends who lived down the street got a Super Nintendo game named Aerobiz. In a way, Aerobiz is the ’œSim City of Airlines’ as it allows one to run an airline. The player can purchase airplanes, establish routes, weather natural disasters, and face geopolitical events. It is kind of silly that we — the airline brats — didn’t buy the game, but at least our good friend had it.

Every airport has its own three-letter code – Image: GCmap.com

If you think talking your dad into taking you to a new airport for a day is geeky, how about learning airport codes just because? I’m kind of rusty now, but it was fun to learn the codes as I looked them up in airline time tables. Some were easy, like LAX for Los Angeles, but there are less obvious ones like FCO, which is for Rome’s Leonardo da Vinci-Fiumicino Airport.

Occasionally when I fly alone, I go up to a ticket or gate agent and give them the airport codes for my destinations. They know what I’m talking about, but they would sometimes pause as they’re not used to hearing airport codes from passengers.

Oh yeah, here’s a bonus fact. My sister, who is a reservations agent, and I once were looking up obscure codes for fun since that’s how we roll. Did you know that TSS is the code for the East 34th Street Heliport in New York City?

7. Hearing dad’s stories from his trips

Some of the highlights I remember: 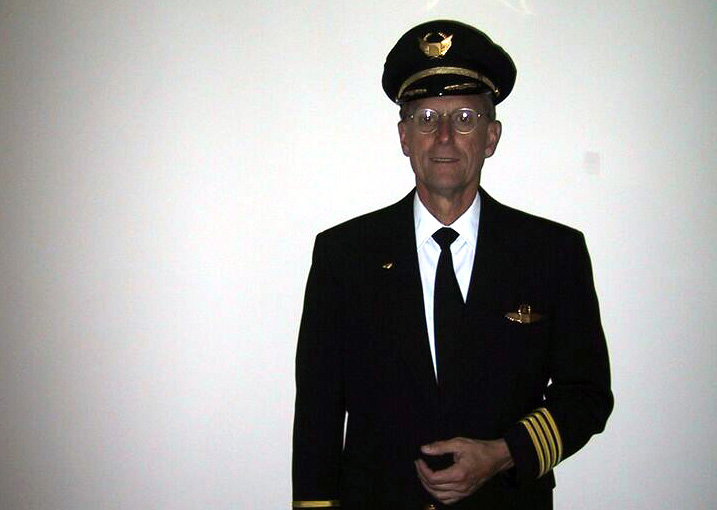 8. Realizing that your mom is a wonder woman who snagged herself a fighter pilot

Like many, my dad got the flight experience that airlines required through the military. He flew fighter jets. To this day, I think back to movies like Top Gun and realize how cool my dad is and the kind of cred my mom has for snagging herself a fighter pilot. Of course, my dad would argue that he was lucky to catch her.

Pilots are just part of the airline team. Anyone who understands the difficulty, complexity, and unpredictably of airline work will likely understand that airline employees are all certainly catches.

Most of the airline employees I know are like my dad; they love their jobs and company. As with any other line of work, there were some annoying times. They (flight crews, ground crews, reservation agents, etc.) sometimes work long and unpredictable hours, and are gone for several days at a time. Their families certainly pay some of the price, too. Having said that, many airline employees and their families are proud of their airline. While this certainly isn’t unique to the airline industry, the intensity of this pride isn’t commonly matched. 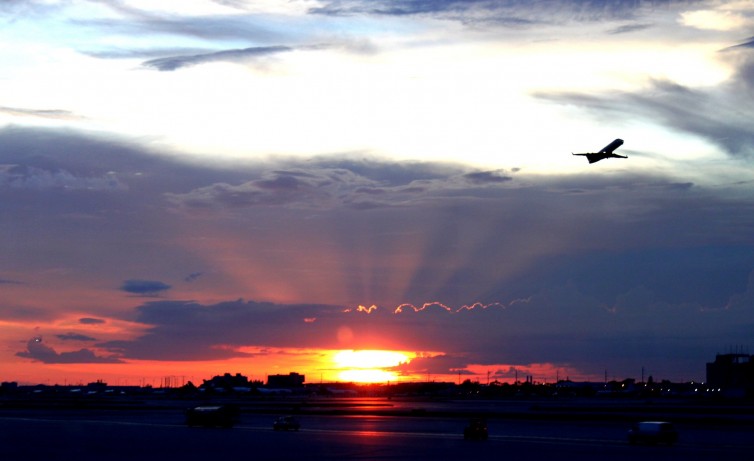 Are you an airline brat? Share other reasons why you loved (or hated) being one in the comments!

This story was written by Steve Petersen for AirlineReporter.

Wonderful article, Steve. I didn’t grow up in an airline family, but I still had the fascination with airplanes at an early age when my Dad would take the family to PIT and park the car just feet away from the tarmac and the tail of a UA DC-6. The thrill of watching that gleaming baby start the engines and then slowly taxi to the runway was unbeatable. Fortunately, that love of the smell of airplane fuel stayed with me and I retired from DL a few years ago after a 30 year career. I still enjoy finding hidden viewing areas to watch aircraft land and takeoff.

Ditto remarks made above: a fine and fun story. I’m sure that Steve’s Dad, Captain Peterson, is a great pilot and an even better Father. -C.

Great article, thanks Steve. My airport was SFO, my dad was a UAL crew scheduler there. Very similar good memories, including more than one day spent just roaming the (pre-security checkpoint) airport watching airplanes, and playing games in the arcade with quarters collected from returning smart carts.

Lucky enough to have become a fighter pilot though, and now an airline pilot myself.

The only ”Captains” witch I know are travelling by ship.^^

Similar to Scott, I didn’t grow up in an airline family. But my love of airplanes comes from my Dad. Our father-son times together were often spent at airports, watching planes of all sizes come and go. His interest came from having an RAF/RCAF training base during WWII near his home; he’d spend his free time watching the comings and goings. His favorite was the Mosquito.

I really enjoyed reading this. Well done. Brings back a lot of memories for me as well, as my father was also a pilot for a major US carrier for 34 years. Far too many good stories to share in one post here, but I can say that the airline culture and the people who dedicate their lives and careers to it played a big part in me spending the majority of my professional career with two major airlines, in both management and pilot roles. Flying and travel are my passions and I hardly feel like I’m working behind the controls of a jet and forging a (hopefully) better future for those that will follow me. The airline industry is slowly improving. Let’s hope it continues to rebound to be something similar to what it was when our dads were flying in the golden age of airline travel during the 70’s, 80’s and 90’s.

The tables have turned. Pilot lives really do matter. All the best!

Come to Doetinchem when youre again in Holland. Very good city and nice trains.

Great post. I grew up in the industry, my dad just retired… he’s Legacy US and started off with Allegheny. Now I’m in the industry… That’s why I just created these Airline Brat t-shirts for kids and also run the Ramp Lives Matter FB page. (look us up)

Figured it out for myself :')
Just a lil proud. Maybe a lotta proudddd lol :')
Growing up.. the airports became my life. Like I always thought it was normal.
I knew the standby systems and what the word d2 meant like the backkkkkk a my hand.
Think I .. filled out my dad's work one time lol.
ramp? standby? turn your phone off? lol listen to the captain.
lol I was trained for life ..
AHH the sounds and smell of airport and plane.