Sadly for local AvGeeks, the engineering center is separate from the flight test center. That is located at Grant County International Airport in Moses Lake, which is about three hours to the east of Seattle. 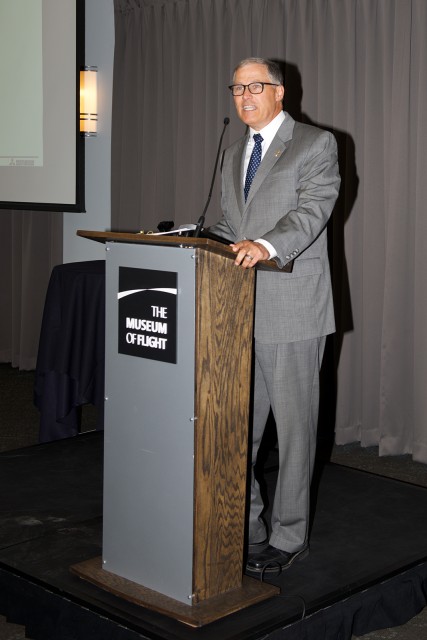 Both opening ceremonies were simultaneously held at the Museum of Flight. The ceremony featured not only sake, but speeches by Washington’s governor, Jay Inslee, and U.S. Senator Patty Murray.

The MRJ has a few things that set it apart from the competition. The aircraft is one of the launch customers of Pratt & Whitney’s PurePower PW1200G Geared Turbofan. Like the Boeing 787, the airframe is largely made of composite, which helps to give it a 20% lower carbon footprint than an Embraer E-190.

Mitsubishi also states that the MRJ will be about 40% quieter, which will assist in bringing mainline passenger comfort to regional flying. 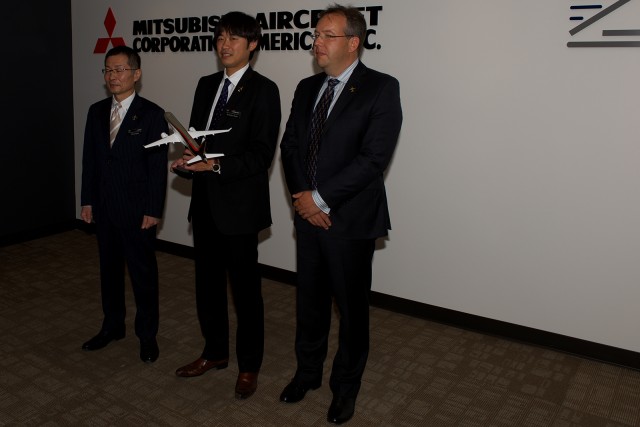 The 2-2 economy cabin layout will feature seats manufactured by Zodiac. Business class seating configuration will be at the airline’s discretion (though the renderings also illustrate a 2-2 configuration). Zodiac will also provide the other cabin furnishings and monuments.

After its initial delay, Mitsubishi has been hitting its adjusted milestones quite well. Power on, in the aircraft, occurred in October of 2014, while taxi tests commenced in June of this year. They aim for first flight in either September or October, which will take place in Nagoya.

Do not expect the four U.S.-bound MRJs to grace our shores before Q2 of 2016. How will they get here? Well, Mitsubishi is still working on the logistics, but I am not certain it will be under their own power. 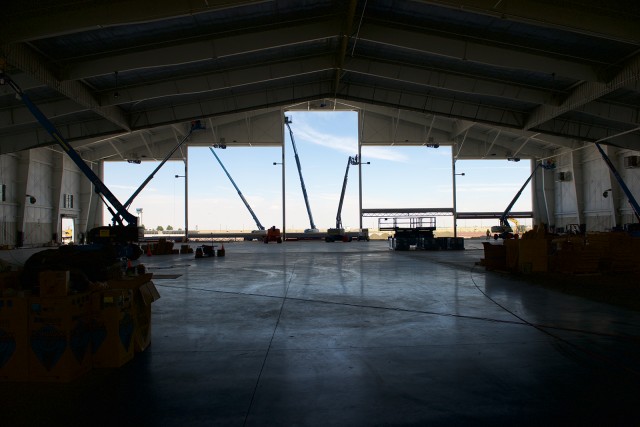 Mitsubishi is building seven test frames; two for static and structural testing, with the remaining five as flight-test articles. The fifth flight-test MRJ, all of which are to be completed by the end of the third quarter, will wear the livery of launch customer, All Nippon Airways (ANA).

The two largest customers are Trans States and Skywest. Both are U.S. regional airlines and the issue that those orders face is the fact that U.S. regional flying is dictated by U.S. major carriers’ labor scope clauses. The MRJ would be the largest regional jet ever operated, and this runs afoul of the current scope clauses in which it is too large by both capacity and mass.

I would expect, due to the gravitas of their orders, that they are confident that the major airline scope clauses will be renegotiated prior to their delivery positions opening.

Either way, Mitsubishi is on track to deliver their first MRJ90 to ANA in the second quarter of 2017.

https://www.airlinereporter.com
Photo Tour of Evergreen’s Maintenance Facility in Taipei
Wings of Pride: A TWA Plane that was Nearly Forgotten
1 Comment

I must admit I haven’t paid much attention to the MRJ so this was a great recap. Excited to see orders from TSA and SkyWest. I assumed this aircraft would have been hyper-regional, like the SSJ which with few exceptions remains concentrated near its home. The RJ market sure is becoming crowded, isn’t it?