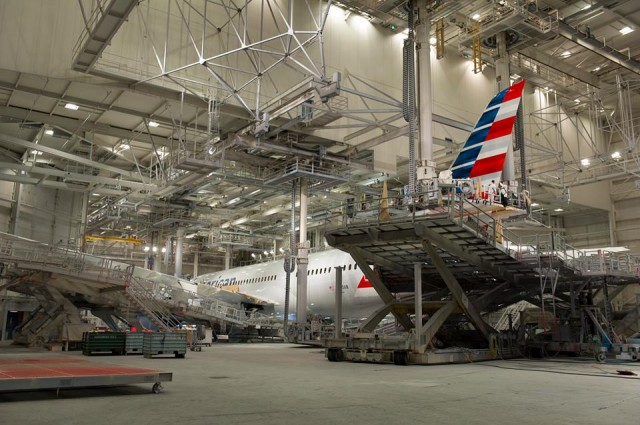 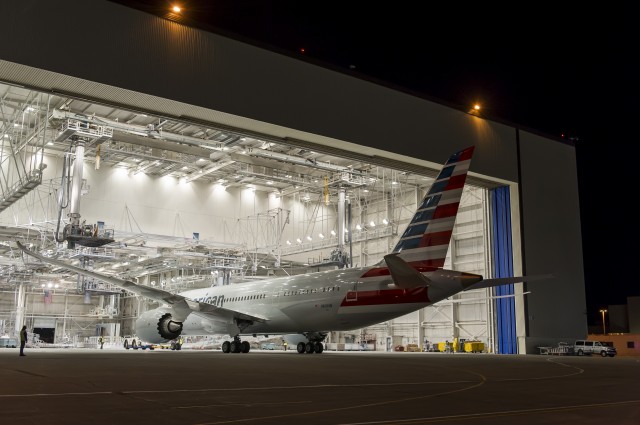 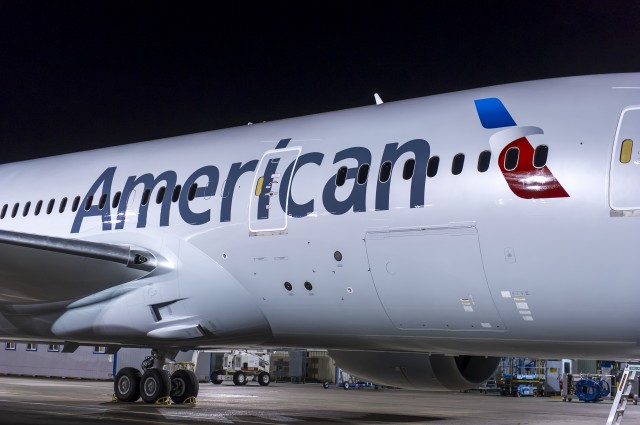 A close up of the American titles on the 787 – Photo: American Airlines 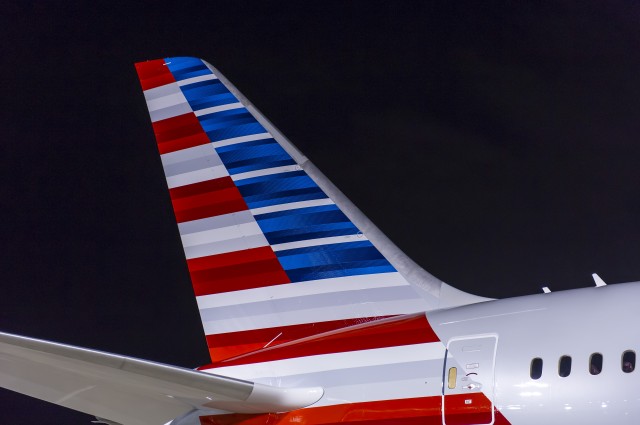 Man that is one fine looking plane. It looks incredible, especially in the dark.