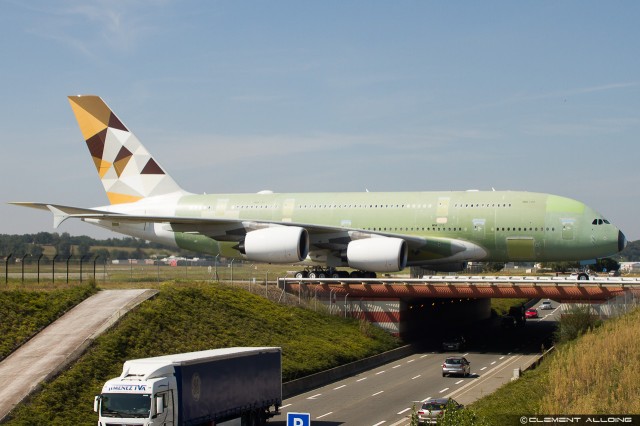 It appears that Etihad Airways might be working on a new livery — but they are keeping pretty quiet about their future plans.

We have seen the new tail design on an Airbus A380 and also a Boeing 787-9, but there haven’t been any hints if this will be a fleet-wide livery update or just a special livery for their new aircraft. There also isn’t anything out there about what the fuselage might look like. We reached out to Etihad for details, but they are keeping them secret — for now. 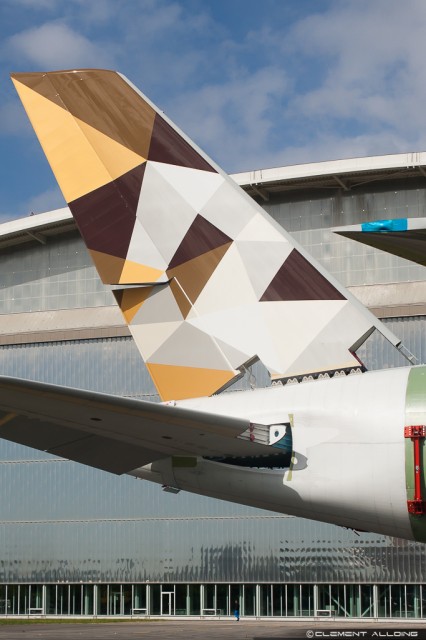 Close up on the new tail design on the A380 – Photo: Clment Alloing / Flickr CC

I have to say that so far with what I am seeing, I like it. The sort of random shape, using desert-like colors isn’t too bad. It is not that I dislike the currently livery, but it seems so conservative — kind of bland. I wouldn’t mind a livery with a little more “pop.” 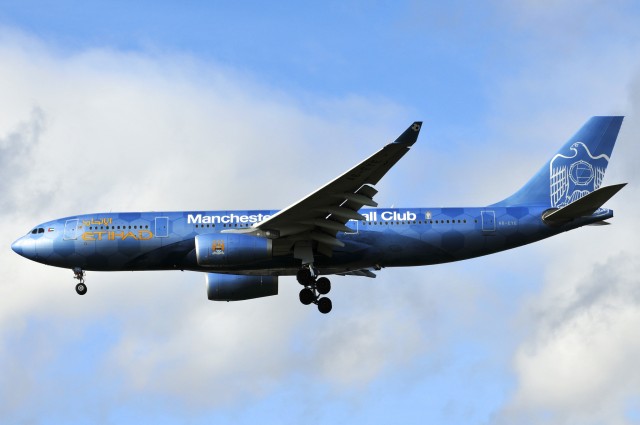 This might not end up being a new brand for the airline, but just a special livery for their new aircraft. Etihad has had a number of special liveries already, including the purple Visit Abu Dhabi livery and the red, black, & white Grand Prix livery.

Well, we won’t have to wait too much longer to see what the full livery will look like. On September 27th, Etihad will have a special unveiling event in Seattle. We are excited to be there and cover the event. Be sure to follow us live on @AirlineReporter followed by a more detailed story on the site.

As it looks to me this will be the new standard livery for Etihad. Though they said it’d be a standard one on Twitter, it has been spotted on both the 1st and 2nd A380 for them. A special livery for both the 1st 787 and A380 makes sense, but not for the first few.

Ooooh, very geometric! I like, but will withhold my endorsement until I see the body.

I really love the tail. If I ever make it big, I’m gonna have that tail, with a Eurowhite livery and #baller on the side.